Franco Capelletti: The One and Only (2)

Written by Jo Crowley, Pedro Lasuen on 04. May 2021
Photographs by Nicolas Messner, Gabriela Sabau
Share
Interviewing Franco Capelletti is entering a world of oceanic proportions. It is not an easy task because there is so much to cover. When we still did not know where to start, he himself provided the solution. We asked the questions, Franco answered and Bertoletti Giacomo Spartaco, journalist and member of the kata commission of the International Judo Federation, embellished the article in his own way. The result is so dense that we prefer to publish it by episodes. Here comes the second, to meet a legend of judo, universal encyclopedia and teacher among teachers. 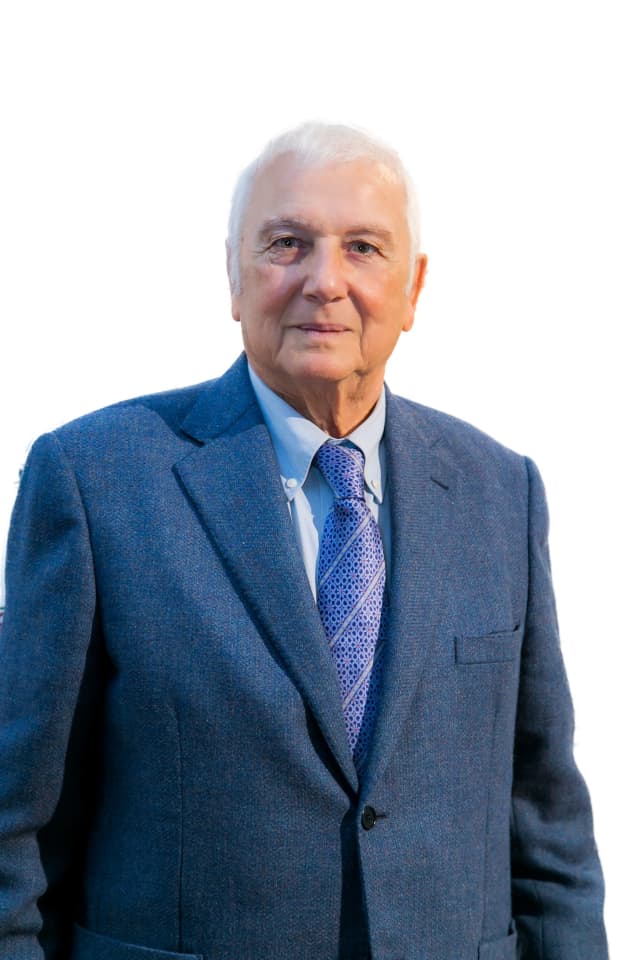 Tell us about kata. Why is this so important for judo and even for everyday life?

It is necessary to take a few steps back to give proper weight to the knowledge of kata. I believe that in the fertile mind of the young Proff. Jigoro Kano (1860-1938), the concept of repetition of form and technique must lead to perfection, which will never be achieved!

If we take this pandemic period, our task must be to prepare teachers to develop the traditional concepts that have allowed us to re-evaluate jiu jitsu as Kano imagined. To re-evaluate jiu jitsu spiritually, by raising it above martial arts, to make it a way for educating the spirit, meant gathering the secrets of all the jiu jitsu schools and studying this alongside modern western scientific systems.

Supported by master kenjutsu teacher Takano Sasaburo (1882-1950), Kano decided to remove the ideogram ‘jitsu’ (fighting), turning it into ‘do’ the way). Only 4 years after its foundation, the Kodokan established itself as the strongest school in Japan and the first of its students made legendary enterprises that recalled the method of Kano Jigoro Shihan, commanding attention from all of Japan first and then the whole world.

The spirit of the Kodokan is based on two maxims. The first one is sei ryoku zen yo, which means the best use of energy. The second one sounds like jita kyoei and is translated as, with friendship and mutual prosperity. “We need to regain these concepts and go back to the origins which included not only randori but the concept that ‘small can beat big’ and above all the idea of personal defence.”

Judo and its Kata

I'd like to explain why it was necessary to sustain the Kodokan kata which are used today. Jigoro Kano told of how he learnt ju jitsu from expert masters who were in place at the end of the Bakufu period (feudal military dictatorship of Japan, 1192-1867). In older times ju jitsu was practised as kata, but right at the time in which the Bakufu ended, kata had been joined by a style we would recognise more as randori.

The School of Light and Shadow had developed an exercise called ‘ran,’ meaning free, that began at distance, after the greeting. Jigoro Kano considered it dangerous, noting the potential for accidents before contact, especially to the hands and prescribed that the Kodokan ‘ran-dori,’ with dori meaning grip or grasp, began with the judogi gripped.

At the 1906 conference, Jigoro Kano presented a special version of kata, including randori and kime-no-kata, to the approval of a group of ju jitsu masters in attendance. Meanwhile the nage-no-kata was approved and the Kodokan appeared unbeatable in nage-waza. Some topics were suggested for inclusion in katame and kime-no-kata. One of them was the progression of real combat training, consisting of: tsukkake, tsukkomi idori, yoko tsuki, tsukkomi tachiai, in which the same techniques seem to repeat themselves. 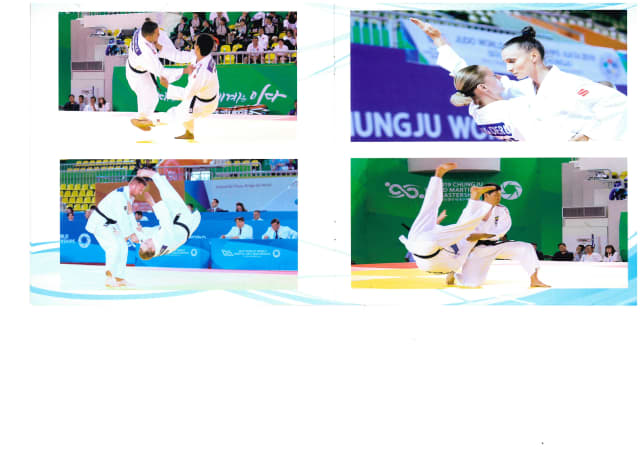 With this in mind we can understand that it is quite recent that the ju jitsu practitioners have devoted themselves to free practice, because before the Ishin era most schools recommended kata, neglecting free exercise. Both the Tenjin Shin Yo and the Kito Ryu teachers practised kata and randori and it was thought best practise to be educated in both, appreciating this method with logic, because kata is the grammar of speech and randori is the content of the message. When we are only experts in grammar, we can not write a good message, while writing without taking grammar into account, does not allow effective communication. So, even in judo, if you do not learn kata, it is difficult to broaden the experience and equally deepen it to the skill mastery of art.

By studying only the prefigured kata, repeating it always in the same order and form, when one is involved in a sudden attack, one becomes nervous and could make a wrong decision. This is why it is necessary to prepare for unpredictable situations, from an unconventional attack, at a surprise moment. In the early days of the Kodokan no distinction was made between randori and kata, but the form was explained as one advanced in the randori.

At the beginning, Kano taught the original kata of Tenshin Shin Yo or Kito Ryu. Each of these schools presented merits, but also faults. Then he first created the kata of the nage-waza with 10 forms, which then became 15, the same number existing now, even though kata-guruma and sumi-otoshi have been modified. He created  different kata because the initial teaching method, which inserted the kata into randori, was not practical for many students.

Today, the katame-no-kata also includes 15 hon (basic techniques), which were previously 10. The main waza of osae-komi, shime-waza and kansetsu-waza were chosen. These were used to understand the mechanics and strategies of the core tachi-waza and ne-waza library.

Later came kime-no-kata, which today includes 20 hon (8 of idori and 12 of tachi ai). At the beginning of this Kata this there were only 14/15 hon.

Nage and katame-no-kata are the randori base. Kime-no-kata was called ‘shobu-no-kata, which is the name of the real combat of  ancient ju jitsu.

It should not be generalised, but the impression is that today's kata is devoid of spirit, when compared with what was once performed. 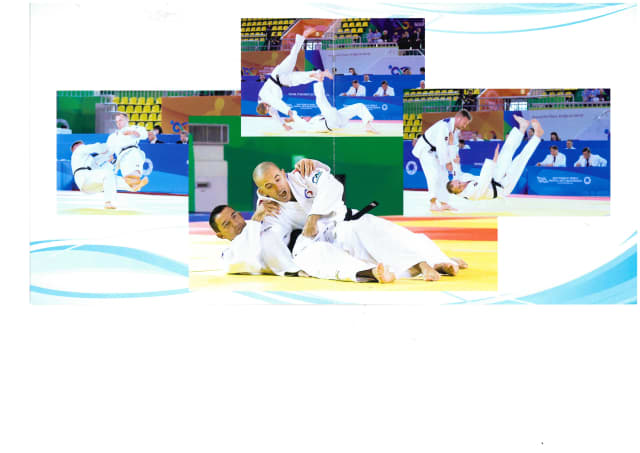 Today kata is practissd separately from  randori, but its original function was aimed at educating free exercise, suggesting strategies (nage and katame), influencing the general action (kime and ju), or even the inner attitude (koshiki and itsutsu-no-kata). For this reason the original kyu of the ryu were inadequate for the purposes of judo, so the most useful were chosen and by modifying them the shobu-no-kata was created, that is today's kime-no-kata.

To create the katame-no-kata and kime-no-kata, some  ju jitsu masters from other regions, that had merged into the Dai Nippon Butoku Kai, also came to help. It happened in the 39th year of the Meiji period, when Viscount Oura was the president of the Butoku Kai. People from different ryu-ha came to practise, each practising his own style, but the president wanted to unify the practice by spreading kata patterns common to all of Japan.

Two school heads were suggested, Totsuka Hidemi and Hoshino Kumon, who were given the task of choosing a group of experts in the various regions, to form a commission to discuss and decide a system of forms valid for the whole nation. Kano provided the arguments for discussion, with a proposal on kata. The president accepted. Discussion continued based on prepared notes by Jigoro Kano, on the shobu-no-kata of the Kodokan. By adding new hon, we have established that  idori contained 8 and tachiai 12. This structure corresponds to the concept of the Kodokan; the new hon were designed by me and accepted after being discussed, until everyone was convinced of their usefulness.

Similarly, Kodokan's katame-no-kata counted 10 hon, but we added 5. Although all this was done for the Butoku kai, responding to my concept of Kano, we can say that this kata was valid for the Butoku kai as much as for the Kodokan.

About the nage-no-kata, there was no-one, among the numerous commissioners, who opposed the proposal formulated by Kano, so without any modification the Kodokan kata was adopted by the Butoku kai. 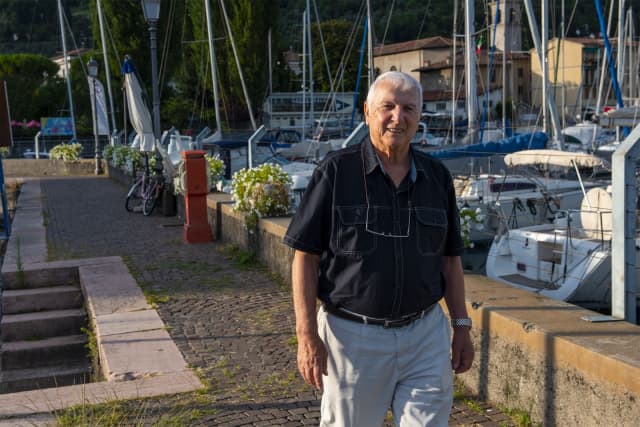 Yawara-no-kata was not officially shared by Butoku kai; its concept is detached from the traditional one of jiu jutsu and is pure kata of Kodokan judo, but this kata was practised by many exponents of Butoku kai.

This kata is not complete. The first two movements are taken from the Kito ryu, while the following 3 did not exist in traditional jiu jitsu. The school of Kito was widespread through the warriors (bushi) of Japan and naturally the peripheral branches easily accumulated technical variations, remaining faithful only to the principles of transmission.