Written by Nicolas Messner on 16. Jan 2019
Share
A new season is about to start. An important season, even a crucial one, since the 2020 Tokyo Games are fast approaching. Before that, in just a few months (25-31 August), the world judo family will already be in Japan for the Tokyo World Championships, which will take place in the legendary Nippon Budokan, where the first Olympic Judo tournament was held. It was in 1964. 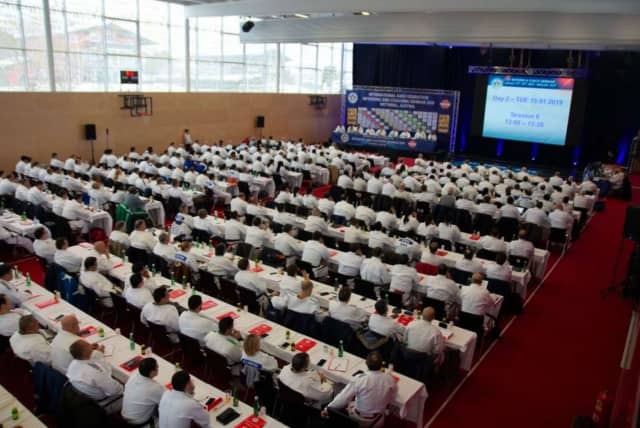 Since the exploits of the Japanese Takehide Nakatani, Isao Okano and Isao Inokuma or Anton Geesink (NED) which allowed the judo to take full flight at the international level, our sport has evolved a lot and has strongly democratized, while maintaining the spirit and values ​​that make it a discipline apart. Every four years, at the end of the Olympic Games, the refereeing rules are revised to closely match the requirements of the evolution of the modern world, even if this evolution is always in the spirit that prevailed during the creation of judo in 1882, by Jigoro Kano.

In order to prepare for this new season, which will open with the Tel Aviv Grand Prix in Israel (January 24-26) the IJF World Judo Tour figures (coaches, referees and IJF officials) from all over the world gathered on January 15 and 16, in Mittersill, Austria, for the annual refereeing and coaching seminar. For two days, all the judo rules were literally peeled, dissected and explained so that everyone is on the same page as the first matches that will offer points for the Olympic qualification in 2019, are about to take place.

The least we can say is that all the participants of the seminar left Mittersill, where last week was held the international reentry training camp with the athletes of the five continents, strengthened in their convictions that judo is on the right tracks. 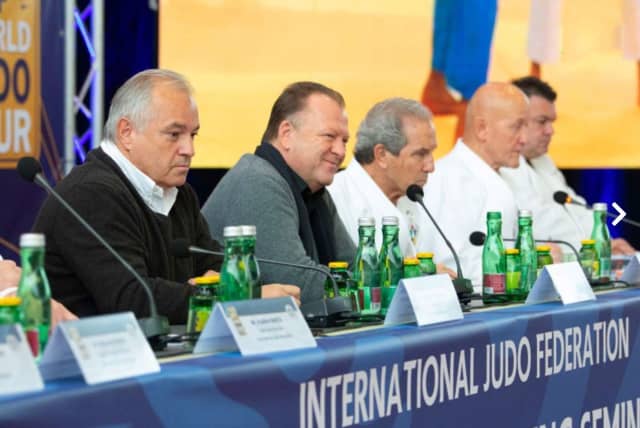 President Marius Vizer (center) paid a visit to the seminar on the occasion of the first day of the discussions.

Vladimir Barta, IJF Head Sports Director said: “During the IJF World Judo Tour evenst, it's always difficult to talk. We are all so busy and nervous for different reasons. The coaches want their athletes to perform, the referees want to give the right decision, and the organizers want the best event to take place. But here in Mittersill we had the perfect conditions to openly talk and discuss about everything. We were all very focused and the collaboration was excellent. No one was afraid to talk, exchange and argue but at the end we wanted to make sure that everyone would leave the country happy and I think we can be proud of the result.“

Neil Adams, who is a member of the team of IJF Supervisors whose mission is to help and support the refereeing commission and the referees in their decisions, explained after the two-day meeting: "It's the best seminar ever organized by the IJF. At the end of the session, every one is going in the same direction. It was nice to have a tatami directly available in the meeting room, as we could immediately explain and demonstrate something that was not totally clear and solve issues. The two most difficult situations in terms of refereeing in judo today are the transition from ne-waza (ground work) to tachi-waza (standing position) and when both players are on the edge of the fighting area. During the seminar, we could clearly draw the line of what is allowed or not." 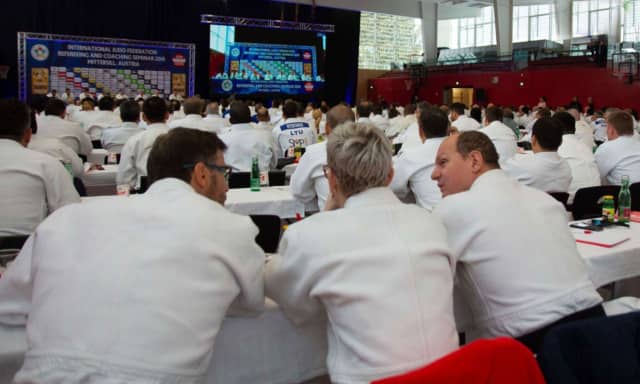 Open discussions and exchanges took place during the two-day meeting

Neil Adams explained to the coaches, that when their athletes are stepping on the tatami for an important match of a major competition, they have to be careful about the tactic that they are going to apply and that they shouldn't play with the rules the goal of judo being to score Ippon.

Matthias Fischer, head of the IJF IT commission, who prepared with his team many of the support documents used during the seminar, explained: “It's the first time that everyone was in judogi, and that looked really good and created a special atmosphere among us all. I noticed that nobody asked for changes, but just clarifications and explanations, when something looked a bit unclear. We had two days of intense work and it's important that such a meeting takes place every year.“

Mohammed Meridja, IJF Education and Coaching director said: “I am happy. Everything went very well. All the feedback we got from coaches were very positive. It's important to have that feedback, because ultimately we are all working hand in hand in the same direction.“ 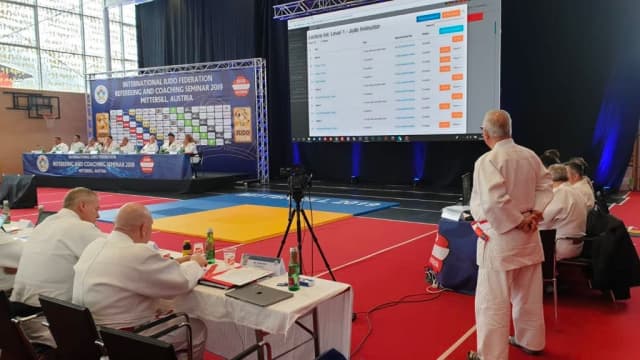 The seminar also offered the opportunity to the Education and Coaching commission to give some information about the rules that will be applied applied during the Olympic Games in terms of 'identification and advertising' on the judogi. Based on the 'rule 50' of the International Olympic Committee, all coaches were informed of what is allowed or not. “This is important", said Meridja, before explaining “When you go to the Olympic Games with your judogi and that you are obliged to change it because it doesn't comply with the rules in terms of identification, that creates extra-stress that is not necessary. Now all coaches received the right information. We also talked about the behavior of the coaches and of the athletes during IJF World Judo Tour events. I must say that, globally speaking, we are really pleased with it. Nevertheless, it's always good to remind everyone that we are all models, especially for the young generations, and we need to keep that as our core value. We emphasized the importance of the bow for instance and explained that it is part of the DNA of our sport. Win of lose, you must bow and respect your opponent and the referees.“

Henk Plugge (NED) is a former Olympic referee. He is now the IBSA (International Blind Sports Federation) Refereeing Director and as part of the Memorandum of Understanding signed between the IJF and IBSA, he was present in Mittersill: “Honestly it was a fantastic seminar, so professional at all level. The IJF has entered in a new dimension, and this refereeing and coaching seminar clearly demonstrate it. From the equipments used, the video support to the fact that we were all in judogi, that looked just great. I happy to be part of that family. As part of the MoU between the IJF and IBSA, this year we will have two joined events, in Baku and Tashkent. The IJF events will be immediately followed by an IBSA tournament. We will use the same referees and it's important that we share the same vision, which we do.“ 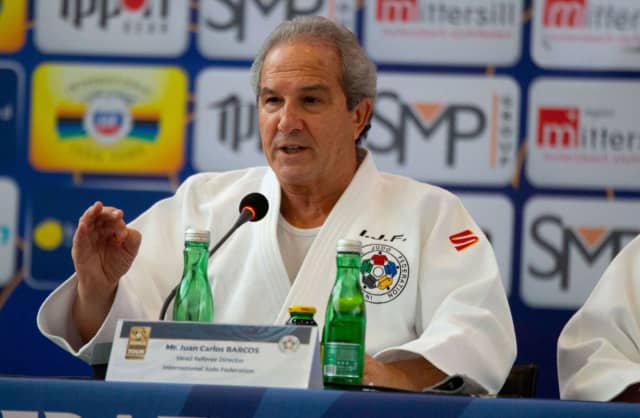 Those are only a few comments on the two-day seminar, which just ended in Mittersill, but they are representative of the global feeling of all the participants. Now time has come to get back on the tatami for the first event of the year in Israel, which will launch the season in less than 10 days. It will be followed a few weeks later by the Paris Grand Slam and the Düsseldorf Grand Slam, in February. It is no doubt that the Mittersill Seminar will have a positive impact in the upcoming months to continue building a positive and open image of judo.