Written by Nicolas Messner on 05. May 2020
Share
As you know, our champions are more than athletes with extraordinary performances. You believe so because you know them and because we tell you regularly. They are heroes and role models on the tatami, but also outside. Sagi Muki, the 2019 World Champion, has just demonstrated this by collecting almost US$ 145,000 to help fight COVID-19. 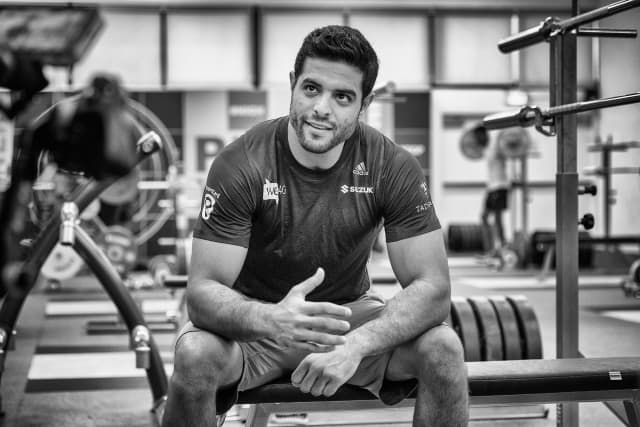 To say that the last few months have been emotional for Israeli Sagi Muki, would be reductive, given the scale of the reaction of an entire people to his world title, obtained in Tokyo last year. The road was paved with gold and despite some expected physical problems for a top athlete, it was guiding him straight to his Olympic dream born in the town of Netanya, crowned in the city of Tokyo. Everything was ready for the big show.

Unfortunately, the Corona Virus pandemic decided otherwise: "When the virus started to block everything, suddenly the routine in which I was evolving, shattered," explains Sagi Muki, before adding, "I found myself at home, not being able to go out and even if I could still exercise a little, it was really complicated. It was hard, because I had a battle plan until Tokyo 2020 and suddenly it was just about uncertainty, hesitation, emptiness."

The routine for the highest level of champion is much more than a lifeline, it is an absolute necessity to leave nothing to chance. Work, move forward, progress, work again. These are the ingredients for gleaning gold.

Sagi Muki is now confined at home like all his teammates and like billions of other people in the world, even if step by step, he can resume his training: “We can now go back to the training center, but just for individual sessions.“ 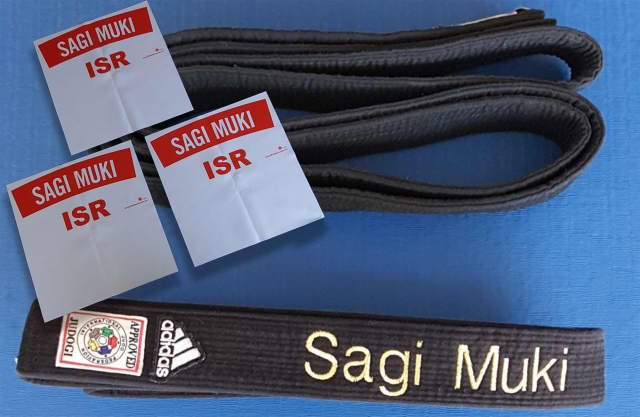 He has no choice but to become 'human' again. Yes, but a human with a big heart, who thinks that something is possible, “My life is going to training and to competitions, but it's not just that. After my world title, I was very moved by all the expressions of celebration and admiration that I received. They were obviously linked to my medal and there, suddenly, I could give something back and put my image at the service of a cause that involves us all, the wellbeing of humanity.”

Be sure, these are not just words, because Sagi Muki took action. With the support of the Netanya Foundation and thanks to donations from the Blavatnik Family Foundation and thousands of fans, he collected nearly US$ 145,000 by auctioning objects belonging to him and linked to his sports career, “US$ 145,000! I did not believe it myself. With this sum, we will buy 5 respirators and medical equipment for the hospital in Netanya. I was touched in my heart by so much generosity. I then realised that yes, the virus had paused my life, but for others it had taken theirs.”

Words are strong, emotion too. Sagi seems a little tired, but it is above all the emotion that can be seen on his face: “I'm not in my best shape yet, but it makes sense after the weeks we have just experienced. I will have plenty of time to return to my peak form. What is important at the moment is to save lives. My title is not trivial compared to all that, because it allowed me to reach more people. At first I had a hard time accepting the postponement of the Olympic Games, even though I knew it was the best thing to do, but I was directly impacted. When I started to understand what was going on, I put my frustration in my pocket and I put myself at the service of the community.” 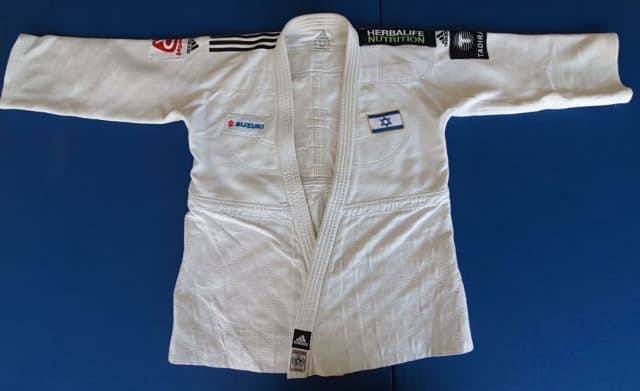 Expressions of hope and admiration continued to flow. A 5 year old boy said to him: "All together we will win against the virus and thanks to you, soon I will be able to go to see my grandpa and grandma again."

Sagi adds: "I realised that it was no longer just a question of results on the mat. Thanks to judo and what I accomplished, I have the power to inspire people, I have even the ability to help save lives. You know, I was just hoping we could raise enough money to buy a little bit of equipment and I was like even saving one life would be a lot, but we're going to be able to acquire five machines. It's amazing. Anyone can do anything."

There is still a lot to say about the fine initiative carried by Sagi Mugi. In the end, one could say that he only sold a few objects, including his black belt, red back numbers and his judogi of a world champion (that the buyer asked him to keep). In fact he sold much more than that, because beyond the material dimension, he sold hope.