Written by Jo Crowley on 23. Sep 2021
Photographs by Gabriela Sabau, Emanuele Di Feliciantonio
Share
In Zagreb the teams are gathering and there is a noticeable changing of the guard. Across all the delegations there is a dynamic mix of seniors who were present in the last cycle but want to push forward, maybe to Paris, with a healthy troop of juniors catching them up. There are medallists from recent continental opens and junior world championships and there are some countries that have brought their -23 squads.

All in all it’s going to be a weekend of clearing the fog. Right now we can’t possibly guess where the medals will come from. Since Tokyo the unknowns are numerous and everyone is testing the ground. New rivalries will be established for this coming 3 years and challenges will be set. The judo will, without doubt, be packed to the brim with energy and agility and stars of the future will begin to tally the wins that lead to their names being listed in future predictions.

The Netherlands has sent a mixed team and they’re accompanied by an international coaching party, from Germany, Great Britain and Netherlands. Matt Purssey, Men’s National Training Centre Coach, gave us an insight into some of their judoka and the system that is preparing them for the top level.

“We have an international coaching team, with Mr Bazynski from Germany already a successful a coach, including working at the Olympic Games. Then there’s JP from the British system and so when I came in it was an easy transition.” 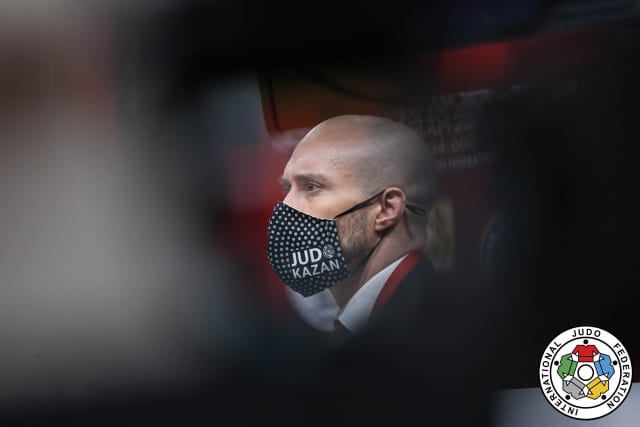 Matt described the current Dutch system, explaining that there seems to be a natural touch point as the players turn 23, for them to continue into the elite international arena or make choices taking them away from competition.

“The grand prix events are a stepping stone to Grand Slams and so we have brought those who are consistently performing at the continental opens. We want to expose them to the World Judo Tour level. We have also included those who are a little older and may still be looking to qualify for Paris, around 23 or just beyond.

The Dutch way of thinking is to progress from one level to the next and if they haven’t achieved a certain level by 23 then they consider Top Sport, our high performance strategy, has come to an end. If they are not achieving on the WJT by then, often they move on. It’s partly connected to the funding in Netherlands. Those who get a top 5 placing at an identified grand slam earn a monthly funding allowance.

Performance thresholds need to be met at all levels below that ‘A’ status and judoka are expected to invest in their own development. They pay a small fee and then all of the programme is included, even the travel to events such as Zagreb. It’s significant that the second tier are contributing financially and it ensures they value the provision. They feel the need to get the most out of it. Seems to be an intelligent way to run a centralised programme, with players investing in themselves long term.”

There’s a general comfort and positivity among the Dutch delegation, which translates as Zagreb being part of a well planned Olympiad. Even those new to the grand prix level seem to look at ease in the setting and maybe that speaks loudly about the preparation and the stepped approach the federation is taking. Among those competing, there’s a mix of those with broad experience and those just sending out feelers ready to climb up.

“I’m excited for Emiel Jaring at -60kg, who won the European Open in Prague in February. He’s 21 and working hard. He was 5th at the Junior Europeans in Porec and so he’s really stretching himself to make the necessary progress. He’s a composed young man with a wise head on young shoulders. He also has a great balance between the tactical understanding of a match and the ability to score big! He had a run-out in Antalya and this is now the right event to see what he can do; a perfect level. This event has no repercussions, it’s just part of his programme and a great opportunity for him.

I’m also interested in seeing how Spijkers and Snippe, at +100kg, will equip themselves here. They are training partners and have been friends throughout the junior years. Yelle Snippe only moved into the category last year. They’re supportive of one another but also have plenty of banter and can challenge each other. They were sitting at 1 and 8 on the seeding for Zagreb, meaning they would have been in the same quarter but that changed just a little very recently. 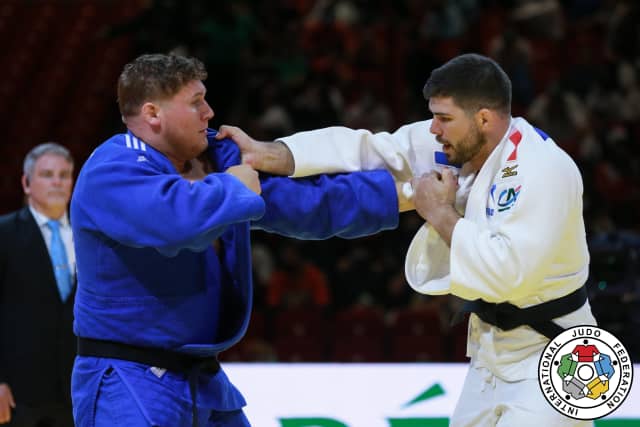 Spijkers already has a GS medal from Tel Aviv in February and he’s very much the up and coming heavyweight in the Dutch team. He’s ranked 20th in the world and is using Zagreb to build on that ready for having a good run at Paris. Yelle is here for his first WJT event but brings two medals from continental Opens. This is about exposure for him.” 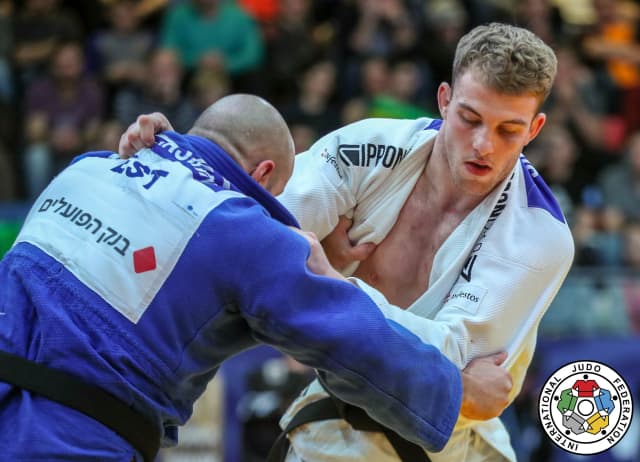 Thinking about the differences in the national team between Tokyo 2020 and Paris 2024, there seems to be a calm and natural progression.

“There are many from the Tokyo team continuing and we have some who were already established, despite not making it to the Games, who will push on too. Then we have the best juniors and -23s too. The pipeline is good and strong in Netherlands and so Paris looks exciting.”

The Dutch team is one of many here in Croatia really looking towards building a squad not just for Paris but for all the big events between then and now, while also maintaining a look into the future beyond Paris. There seems to be consistency in the Netherlands and positivity and day one of the Zagreb Grand Prix is the opening of the curtain to see the evidence of that.