My flag, my country

By Pedro Lasuen on 19. Oct 2019
Share
For everyone who thought that the refugee team would not measure up to the highest level already has an answer. The answer is called Mohammad Rashnonezhad.

At this point Mohammad is almost an old acquaintance. But for those with memory problems, or for new ones, we remind them that he is an Iranian who left his country because he was tired of suffering the government policy that forces any Iranian athlete to withdraw from sports competitions if there is the possibility of a confrontation against an Israeli athlete. It's that simple.

Mohammad lives in Holland for almost two years. He trains practically alone and, for someone of his level, he needs to measure himself to the best to improve his judo, aspire to win World Judo Tour events and, why not, an Olympic medal. This is what he explained to us when we spoke with him for the first time in the last Grand Prix of Budapest. There Mohammad came as a member of the newly constituted refugee team, created by the International Judo Federation. Mohammad was one of only two athletes on the team that won a match.

However, in the last World Championships he did not pass the first round and returned home sad because he thought he had missed a unique opportunity to evolve and be noticed in the best possible scenario, against the best judoka in the world.

As he does not lower his arms and is a hard worker, he has learned the lesson and, with a stainless determination, he went to Malaga this weekend to participate in the Continental Cup.

His category -60 kg and his main successes took place in Asian competitions. In Spain, Mohammad has made history and has begun to build what may one day end up being a legendary trajectory.

Mohammad got the bronze becoming the first refugee judoka to win a medal. After a day in which he won all his fights by scores showing a great state of form, only the French and in the end winner of the category Romaric Bouda could stop him.

In addition to good judoka, Mohammad is a grateful man. His first words after getting off the podium illustrate the importance of feeling integrated in a country, a club, a team, an organization. In other words, without serenity or stability, it is impossible to perform at your best. "Best of all is not the medal," Mohammad said. “The best thing is that now I can fight for a team and defend the colors of a flag. I mean the refugee team and flag. The International Federation is who I fight for now, my country and I am proud to have obtained the bronze medal representing all refugees”. As direct as resounding. 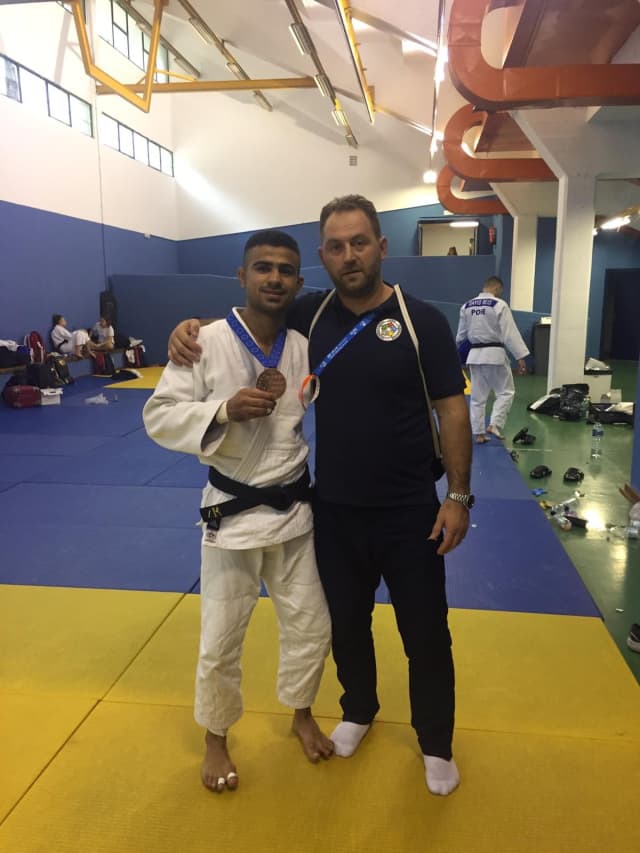 This is Mohammad, the reliable answer that everything is possible, that the famous contingent of hope is not a chimera, a laboratory experience or a political maneuver. Mohammad is the crystallization of a job well done with serious people who have come back to dream, that they believe again that everything is possible and that they express themselves through judo to achieve previously dreamed goals that they are now real and tangible targets.