Written by Mark Pickering on 14. Jul 2019
Share
Use #JudoBudapest to join in with the social media discussion

Double world champion Mayra AGUIAR (BRA) defeated World Judo Masters silver medallist SATO Ruika (JPN) to win -78kg gold on the last day in Budapest. Two-time Olympic bronze medallist AGUIAR, who is one of the favourites for the World Championships next month, edged past her long-time rival in golden score after SATO was penalised for passivity and received hansoku-make. 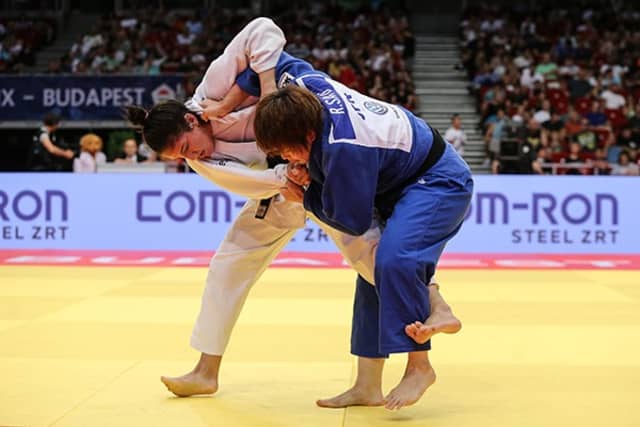 In the first semi-final AGUIAR bested former world bronze medallist Kaliema ANTOMARCHI (CUB) by ippon from a sasae-tsurikomi-ashi. In the second semi-final Natalie POWELL (GBR) was held down by SATO as the Welsh judoka slipped to 0-22 against Japanese judoka and 0-5 versus SATO.

The first bronze medal contest was won by POWELL who claimed her 18th Grand Prix medal by sending Tbilisi Grand Prix bronze medallist and Portuguese number one Patricia SAMPAIO (POR) over with a harai-goshi for ippon and her first medal of the season.

The second bronze medal was won by ANTOMARCHI who bested Hohhot Grand Prix bronze medallist MA Zhenzhao (CHN) by a waza-ari in the same city she won world bronze in 2017. 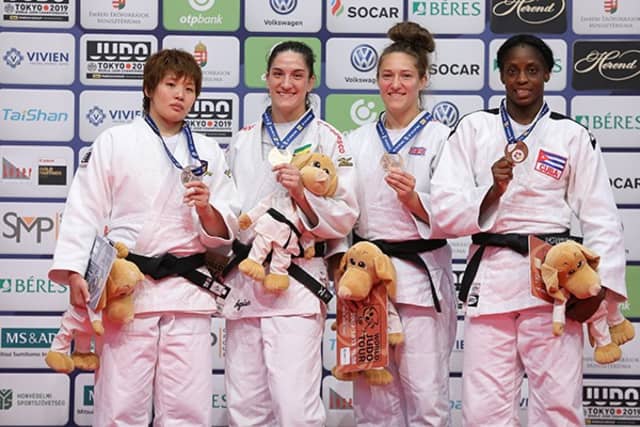 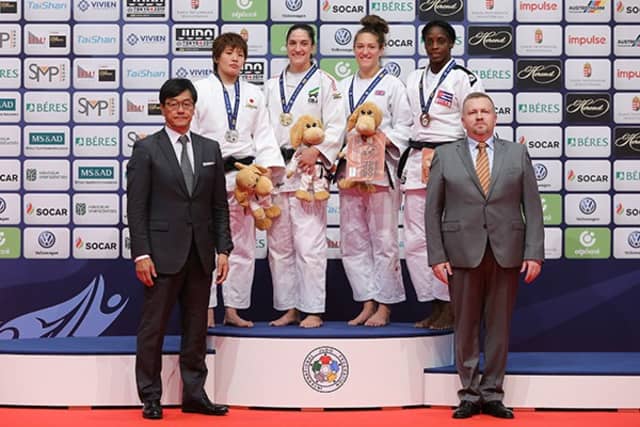 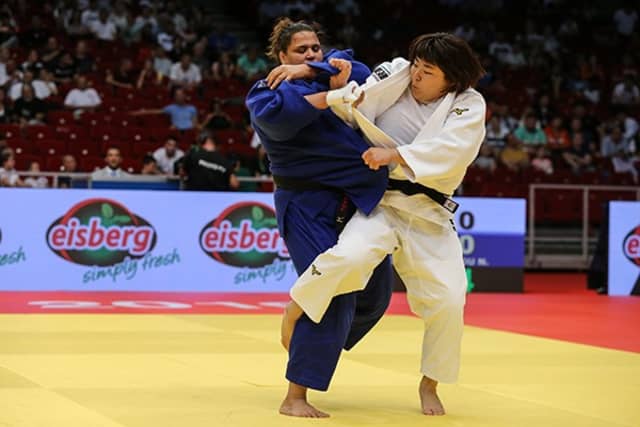 In the first semi-final TOMITA held down Pan American Championships bronze medallist Beatriz SOUZA (BRA) for ippon while in the second semi-final world champion ASAHINA Sarah (JPN) failed to impress against CHEIKH ROUHOU and was given her marching orders after three shidos.

The first bronze medal was awarded to former world and Olympic champion Idalys ORTIZ (CUB) who saw off ASAHINA, who won gold at the Montreal Grand Prix a week ago, by a waza-ari score from a ippon seoi-nage

The second bronze medal was won by world number 20 WANG Yan (CHN) who beat SOUZA by a waza-ari score to win her second Grand Prix medal and her country’s second in Budapest. 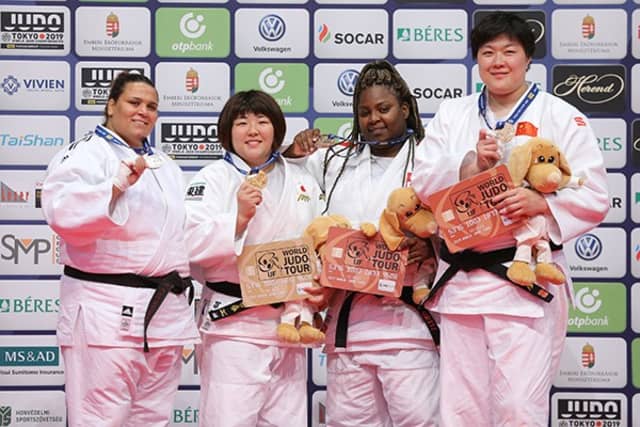 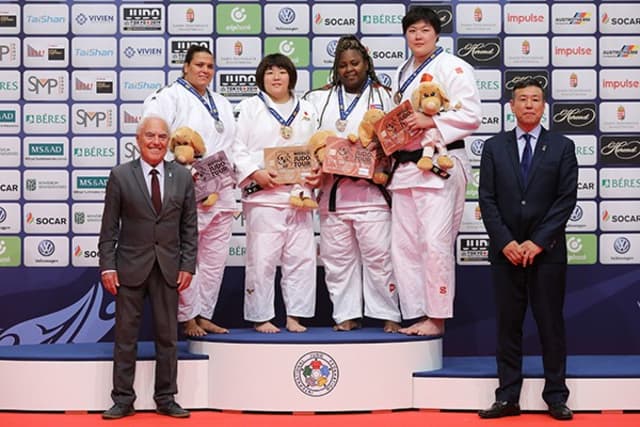 World number one Nikoloz SHERAZADISHVILI (ESP) captured his second Grand Prix gold medal with a nail-biting win over Osaka Grand Slam winner MUKAI Shoichiro (JPN) in the -90kg final. SHERAZADISHVILI, who previously topped a Grand Prix podium in Cancun in 2017, prepared for his upcoming title defence in Tokyo by beating one of his strongest challengers. MUKAI had to settle for silver after having his ko-soto-gake countered for ippon. 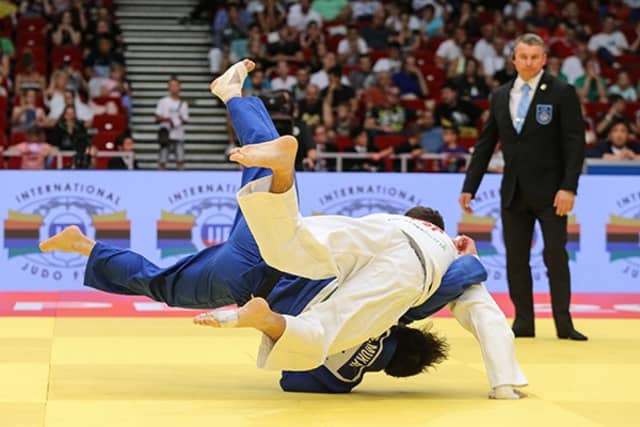 The first bronze medal was won by SILVA MORALES after former Junior World Championships silver medallist Robert FLORENTINO (DOM) was given his third shido after 54 seconds of golden score for passivity. 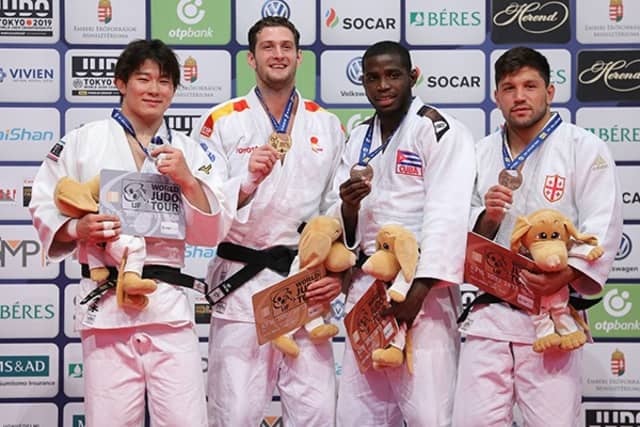 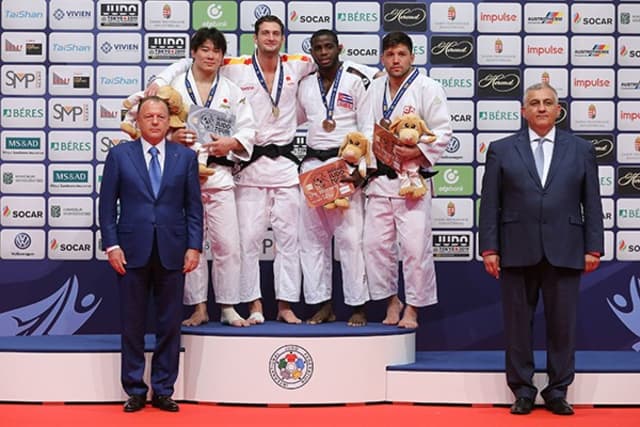 All Japan Openweight Championships winner WOLF Aaron (JPN) won his fourth Grand Prix gold medal with a win over Tel Aviv Grand Prix bronze medallist Grigori MINASKIN (EST). WOLF employed his uchi-mata to devastating effect as he scored twice with the technique to start off Japan’s gold rush on the last day. Estonia’s first Grand Prix finalist MINASKIN will be delighted with his day’s work and a career-best result which moves him closer to Tokyo 2020 qualification. 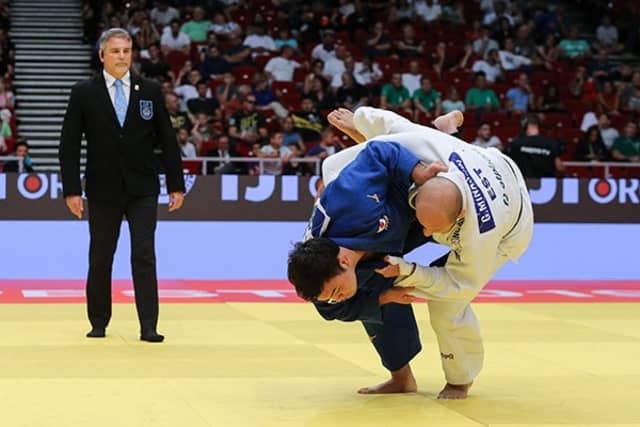 The first bronze medal was won by world champion CHO Guham (KOR) who bounced back to beat FONSECA for a place on the podium. FONSECA picked up his third shido for passivity after two minutes of golden score and was disqualified. 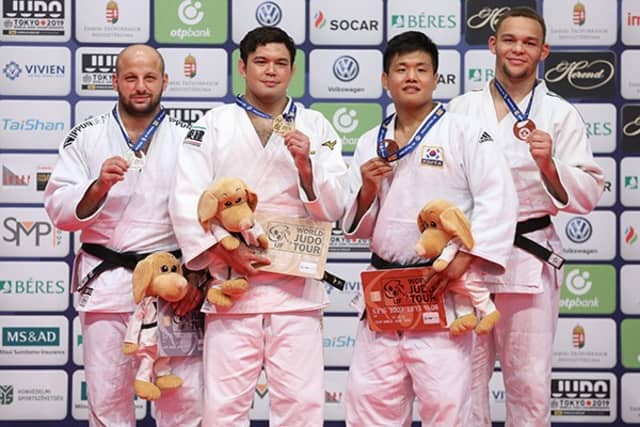 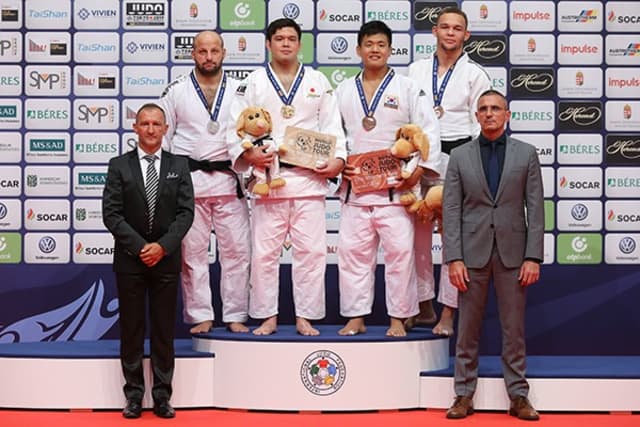 Ekaterinburg Grand Slam silver medallist Or SASSON (ISR) had the final say at the Budapest Grand Prix as he conquered Paris Grand Slam bronze medallist KAGEURA Kokoro (JPN) to win his fourth Grand Prix title. SASSON threw with a ko-soto-gake eight seconds into golden score for gold and, after this stellar showing, will expect to be in the frame for a medal at the World Championships in Tokyo. 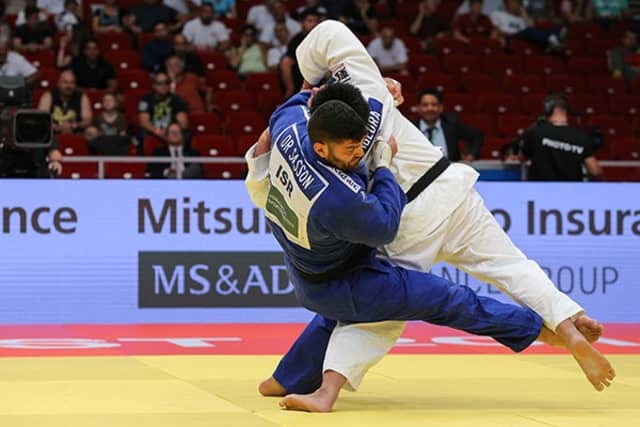 In the first semi-final Baku Grand Slam winner and Junior world champion Gela ZAALISHVILI (GEO) lost to KAGEURA by ippon from an o-soto-gari. In the second semi-final SASSON proved to be too strong for Baku Grand Slam bronze medallist Anton KRIVOBOKOV (RUS) who was disqualified after picking up three penalties.

The first bronze medal was won by IJF World Judo Tour newcomer, 18-year-old SIPOCZ Richard (HUN) who defeated KRIVOBOKOV in a dream debut. SIPOCZ drove over his opponent with te-waza to send the crowd wild as the teenager was overcome with emotion. 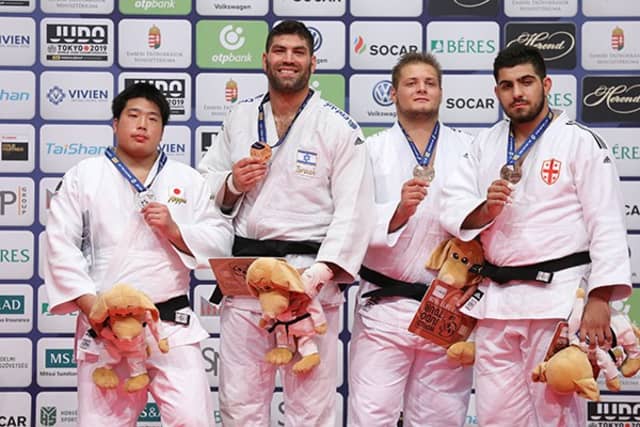 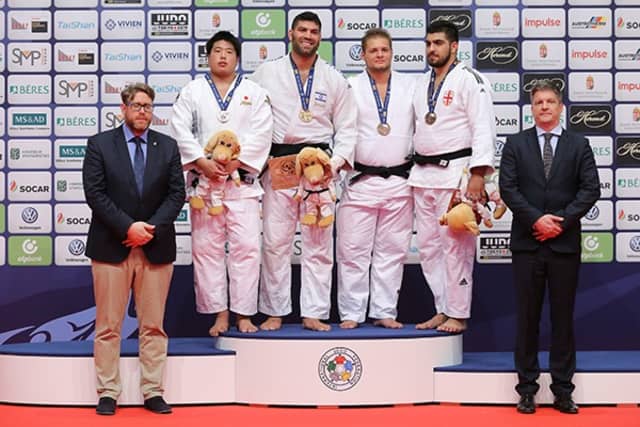