Judo for Ethiopians celebrates 10 years in the cradle of mankind

By Nicolas Messner on 09. Dec 2019
Share
„Ethiopia is a great African country with multiple challenges but a huge potential“, say immediately Johannes and his wife Regina, when you ask them to comment on a country they have been regularly visiting for more than 10 years. 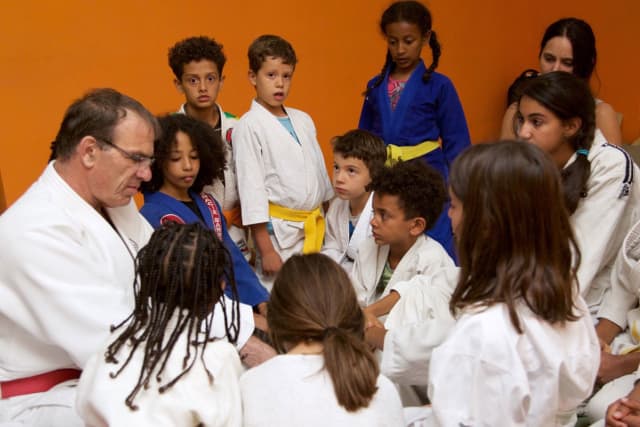 Recently the couple went again to Addis Abeba, the capital city of Ethiopia, to support the development of the programme ‚Judo for Ethiopian‘, initiated ten years ago.

„Ethiopia is a huge country with about 108 million inhabitants and every year this number increases enormously. It’s a country with a long and very interesting history. It is composed of many different ethnic groups, that are speaking a lot of different languages“, explained Johannes, before adding: “This is also the reason, unfortunately, why Ethiopia has been subject to a lot of deadly violence. Finding enough Food and water as well as a place to live are huge obstacles that will have to be overcome in the very next future.“

To guaranty the rights to join basic-education for this steady increasing population, it is not less than 10 new schools that should be built every day, which seems to be out of reach and a great challenge for Prime Minister Dr. Ahmed Abiy, who recently received the Nobel Peace prize, as he made peace with Ethiopias neighbour and former war-enemy, Eritrea. The upcoming election in May 2020 will be crucial for the future of Ethiopia, which still has a great potential in all directions.

In this very interesting and strategic country in the heart of Africa, where several UNESCO World Heritage sites, such as the unique Lalibela rock-churches or Fasiladas castle in Gondar, are located, a small Judo seed was planted several years ago. It is now continuosly growing despite a lot of daily problems like poverty, lack of education and steady changing administration processes... 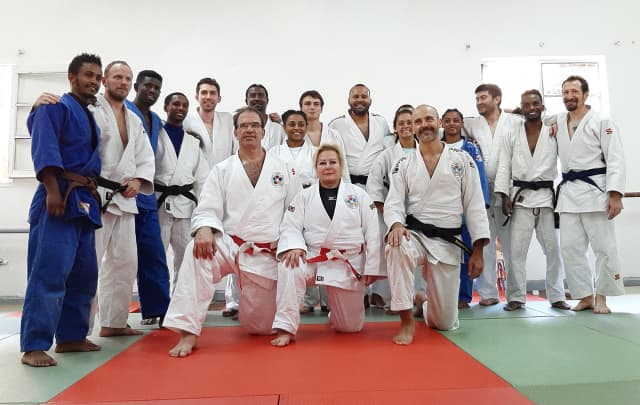 Since 2010, Johannes Daxbacher of Germany, also a member of the IJF Military and Police commission, travelled not least than ten times to Ethiopia, after he was invited for the first time in the craddle of mankind by Dr.Tsegaye Degineh.

“Back in that time, Judo was not known in this beautiful country. But with a tremendous effort, a great network and support from IJF, German and Japanese Government and others, Judo develops and the Ethiopian Judoka, from children to adults, from beginners to blackbelts are playing Judo like in other countries inside our global Judo family“, said Johannes.

„I am very happy about the current situation, despite the many difficult conditions and great challenges that our Ethiopian friends have to face. To see that many of them are practiving Judo with great pleasure, embracing the Judo values is rewarding. They have already learned to stand up again after falling down practically and symbolically. Judo is an important part for education“, summarized Daxbacher. 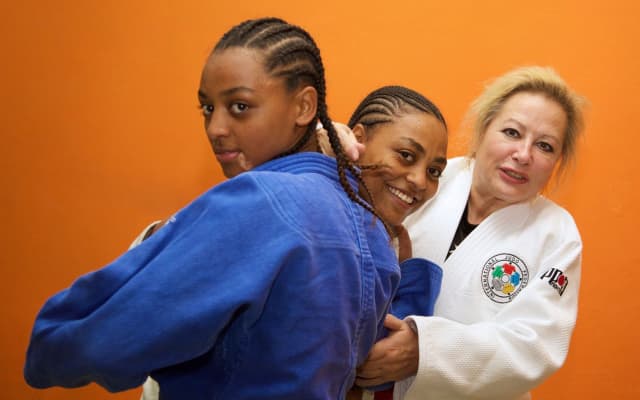 Johannes and Regina had a busy schedule, during their last visit in November 2019. Both where supported by Senior Expert Service (SES), an organisation very close to German Ministry for International Cooperation and Development (BMZ).

The presence of Regina definitely added value as she focussed eon female judo and supported the Ethiopian women and girls. Thus Regina gave special Judo lessons and had many discussions concerning the empowerment of women through judo.

This ‘woman-to-woman approach‘ gave great motivation to everyone. During Regina and Johannes‘ stay, two ethiopian young women, Meskerem (21 years) and her sister Tsehay (19 years), could pass respecticel their brown and bluebelt and according to the two experts they both have a great future in the sport: „We are very happy that we can learn Judo. Our teachers Yared and Wondemu showed us very good Judo-skills“, said the Judo-sisters.

„We are now discussing about the possibility to invite Meskerem or Tsehay next year to our Polizeisportverein (Judo club) in Königsbrunn, to learn about social life in Germany, and to get a adequat Gender equity-experience. This could help to the educational development in Ethiopia. Before that they still have to develop their judo skills and improve their english level“, explained Regina. 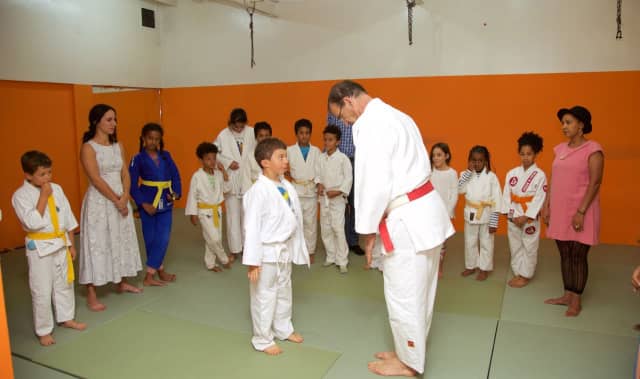 Later during the trip, during the judo promotional tour organized in Bahar Dar / Amhara Region in front of more than 80 police officers of the Ethiopian Federal Police, Regina took care of the female Police officers and demonstrated that women are also able to defense themselves. The fact that Johannes and Regina were demonstrating together, exchaning roles, showed that especially female judoka had exactly the same capacities as the men to demonstrate judo.

Tedla Mulatu, working for the Millenium Water Alliance, appreciates that his daughter is playing Judo in Addis Abeba: „Her enthusiasm infected me and I started with Judo myself, as an ‘adult-beginner‘, because I can see and feel the benefit of the sport and above all how the Judo values cal help our society.“

A great international Judofamily is coming together in Ethiopia. The Ethiopian Judoka are joined by judoka from all over world, including people working for the United Nations, European Union, different Embassies, or living in Ethiopia. All Judoka are very happy to bring in their knowledge, time and engagement and feel together with the Ethiopians like a real ‘global Judo family‘. 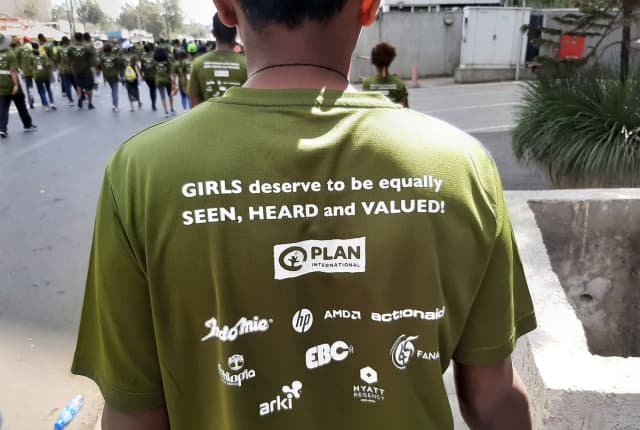 Several meetings with Sports Authorities and Police in Amhara Region as well as demonstrations were organised. The Ethiopian Federal Police showed great interest in the topics ‘Judo for Police‘ and ‘Judo as a tool for a smarter conflict resolution for Police forces‘, while Ato Tesfaye Adugna from the Sport Commission was already informed about Judo and its positive aspects: „Judo is important to help to learn basic values and it will improve personal as well as social life“, Mr. Tesfaye assessed.

Other fruitful meetings took place with the Ministry of Justice, the German and Japanese Embassy and the Bavarian Africa-Office as Regina and Johannes live in Bavaria.

Judo and its positive impact for people with special needs is also addressed in Ethiopia. After meetings together with Roberto ORLANDO, leader of the IJF Judo for the World programme in South Africa, the UNHCR-office in Addis Abeba was happy to see that the Ethiopian Judoka have set up a ‘urban refugee jeudo programme‘, which is led by Tesfaye, a young Ethiopian blackbelt. 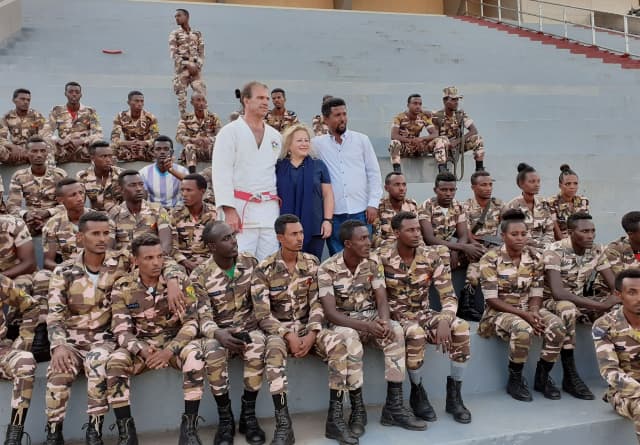 „It is great to see that Ethiopia with its small judo ressources, is able to help others with this great humanitarian programme“, underlined Roberto ORLANDO during a discussion with the DAXBACHERs.

„I am convinced that Judo will give lots of benefits to all individuals and concequently to the whole society. Respectful manners, equality and equity, fairness, health and hygiene, joy to learn and develop yourself are crucial for mankind. We have those values implemented in our daily Judo-lesson. I have a good hope, that this positive impact will be seen by the politicians and responsible persons. We need their help to overcome the obstacles that are numerous in Ethiopia, in order to reach our goals for Ethiopia and its future“, concluded Johannes Daxbacher after returning to his Police work in Germany.