Written by Pedro Lasuen on 19. Oct 2021
Photographs by Gabriela Sabau, Emanuele Di Feliciantonio
Share
A year ago Cyrille Maret crashed into a car. A year ago a particular ordeal began. Athletes live off their bodies, it is what feeds them. When the body does not respond, the mind accentuates the fall. However, sometimes tragedy is the beginning of something new. For Cyrille, the pain was a shock, a rebirth but then he didn't know. 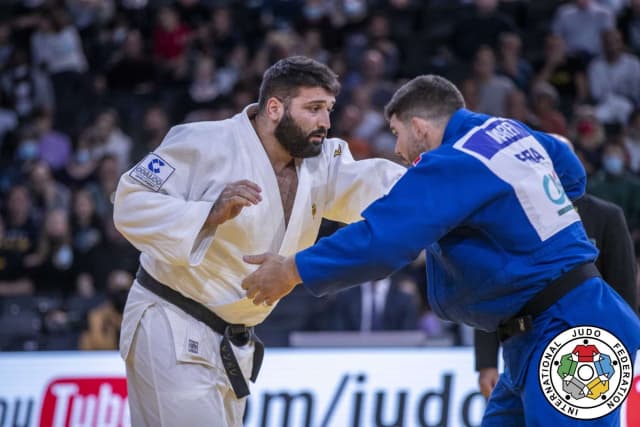 The Frenchman had been crawling across the tatami for a long time. We are talking about a triple champion of the most prestigious tournament in the world, former world number one and a benchmark at –100kg. He is not just anybody, he is a great champion with scars that annoy him, because they are physical and moral. "I was very close to quitting judo." Cyrille had to rebuild himself physically and mentally. Put like that, it seems like a planned operation, but it was the opposite. When the body does not respond, the mind goes backwards and a vicious cycle begins from which it is very difficult to get out. "In addition, I am 34 years old. My best moments were behind me and I couldn’t see the end of the tunnel."

It has been hard, a classic desert crossing, far from the spotlight, without attracting attention, an anonymous recovery. For this reason, when his name appeared in the draw for the Grand Slam in Paris and when those present saw that he was registered in the superior category, all the alarms went off, red lights of curiosity because everyone wanted to see if Cyrille had decided to say goodbye or, if on the contrary, he had something new prepared, something different.

“My life has changed for the better. Yes, I confess that it has been a long and painful process. It was a crossroads. I had to choose, but first I had to relativise and change my approach to judo." Here is the key to Cyrille's resurrection. To reach a state of intellectual fulfillment, you need to be honest in front of the mirror. “My body ached and I wondered if I would be able to regain an acceptable level. Then I understood that the solution lay elsewhere." 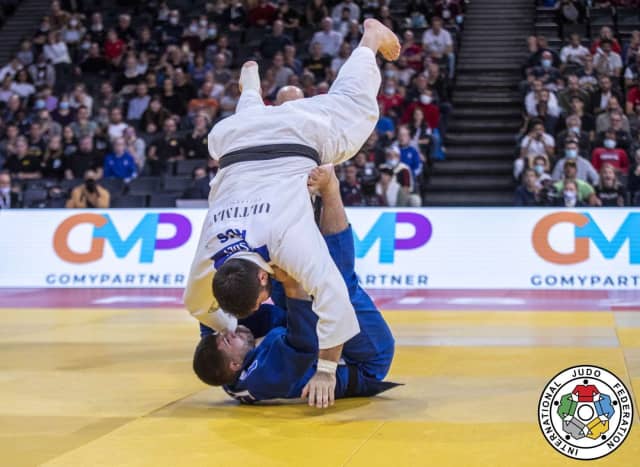 First, the weight. “For years I have suffered the rigours of a category that forced me to make tremendous efforts.” They were periods in which he had to lose between ten and twelve kilos between tournaments. He was having a really bad time. “Now I can enjoy a good lunch, have a celebration without the obsession of losing weight."

Then the way of training. “I have changed clubs. It is a bit far from my home, but I don't care because the atmosphere is good and familiar. As for the rhythm, I used to beat myself up with two sessions a day. Now I train less, but better."

Finally, the most important thing has been to regain the desire to do judo. "The pleasure," says Cyrille. He repeats it, because he is aware that his perception of the sport he has practised for years has changed irremediably. “Now I enjoy in a way I haven't done for years. I don't set goals or objectives for myself beyond getting on the mat and having a good time."

In short, it is a metamorphosis, the most recent chapter of which took place in Paris. The stadium in the French capital is almost a second home for Cyrille. Of course, the public was on his side. There were more, irreducible friends present every year, disguised and with an overflowing and contagious sense of humour; unconditional support. Cyrille advanced in the competition, hesitant at first and more confident from the second round. The Frenchman improved in each fight, far removed from any apathetic behaviour or feelings of helplessness reflected in the last editions. The new Cyrille enjoys doing judo; that makes a difference and it can be seen.

To reach his first final after an eternity, Cyrille had to defeat in the semi-final his compatriot and one of his best friends, Joseph Tehrec. The victory unleashed a torrent of tears; too many contained sensations and a lot of accumulated frustration. Cyrille Maret was back! 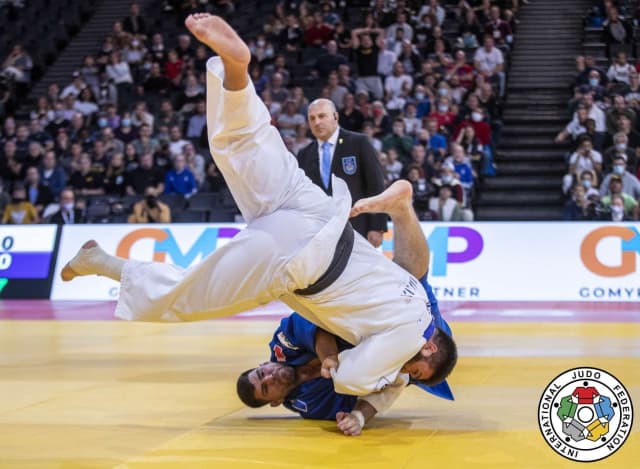 The final was what is supposed to be the outcome of a great tournament, a judo lesson. On one side a French revenant and on the other Russia's Inal Tasoev. “For me he is one of the finest judoka in the category. He is stronger and heavier than me, but he also practises beautiful judo, always on the attack. My goal was to make it difficult for him and, above all, to enjoy." The contest did not disappoint anyone. Cyrille performed a sutemi-waza, very unusual for the heaviest category. It was a way of showing that when the head feels good, everything is possible. Tasoev reacted and ended up winning at the end of a splendid fight. Gold for the Russian, the certainty of having done the right thing for the Frenchman.

“Now I enjoy my family and judo. I do not think about retiring, nor am I aware of the calendar. Above is Teddy Riner and my objective is not to supplant him, but if he does not participate in the next world championship and there is a free place, count on me."

Cyrille is a veteran and the years bring wisdom. Now he has started a professional reconversion, because the life of a high-level athlete has an expiration date and you have to think about the future. His, especially the most immediate, is a blind adventure, taking the best of each situation. If it is really true that great moments are born from great opportunity, Cyrille overcame an accident that gave him the opportunity to believe again. When he speaks, he does so with the peace of mind of knowing that everything he has done has been his own choice and that he was not wrong because his analysis was correct. The Paris silver medal is a reward for having reached full maturity. Before that he had to be honest and assume that a change was necessary. That intellectual integrity with himself led Cyrille to take pleasure in a passion that had ceased to be and led him to the end of the road where he awaited his own redemption.