Written by Jo Crowley on 14. Oct 2021
Photographs by Gabriela Sabau, Lars Moeller Jensen
Share
Sheldon Franco-Rooks has a voice that is well recognised among the judo fraternity, as an international commentator and sometimes broadcaster. He is himself a judoka and there are some observations that he just can’t help but discuss.

In Olbia, at the Junior World Championships, Sheldon was again on the mic and that meant staying in touch with every minute of the judo on display. 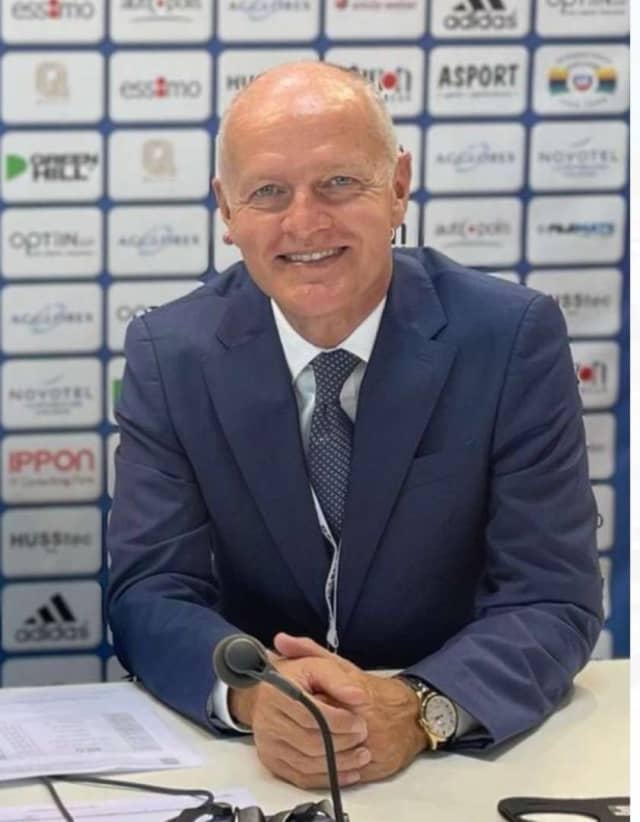 “High performance athletes invest vast amounts of time and effort in the pursuit of competitive success; that is the win, the medal. Yet, for the majority of those competing at a tournament, defeat will be what awaits them. How they deal with this disappointment and the speed with which they recover and return to competition, is a subject receiving ever-increasing attention from sport psychologists.

The pressure on athletes is even greater when that weight of expectation is magnified, perhaps where the athlete has an impressive winning record or where their seeding sees them highly placed, especially the number one seed, but for some, the pressure begins as soon as they are selected, most notably for the French. The list of their country’s champions is legendary and the desire to emulate them can be overwhelming.

Let’s take, for example, Joan Benjamin GABA (FRA), the number two seed in the -73kg category in Olbia, Italy. France had already collected a gold and two bronze medals before Gaba’s two losses saw him finish outside the medals. His despair was visible. Likewise, Francis DAMIER (FRA) in the -90kg category, who won the Junior European Championships in 2020, had a similar expression. After a loss in the quarter-final, the nature of his defeat in his repechage contest begged the question as to whether he really had it in him, at that moment, to ‘fly the flag’ for France.

Luckily, for both Gaba and Damier, their individual losses did not bring their efforts in Olbia to a close. There was still the team event. At this point the pride of representing their nation kicked-in.  Perhaps inspired by Dumas, ‘all for one and one for all,’ the pair spearheaded a rampant French team to the gold medal. It was a revelation to see the change in attitude, from dejected losers to triumphant winners." 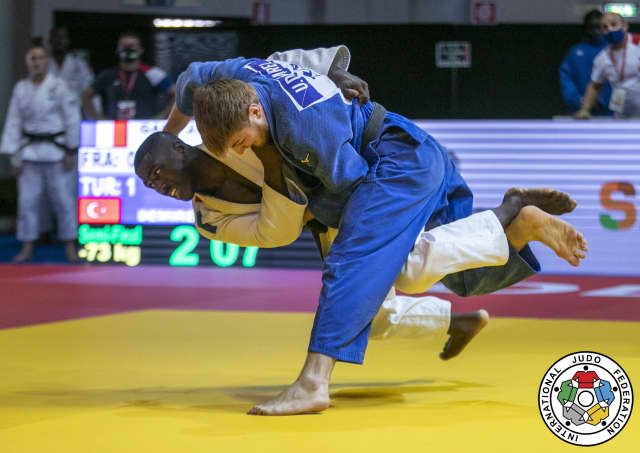 The application, the focus, the determination win appeared so much greater when part pf a team than when they fought as individuals. The key now will be how to reproduce that passion for themselves that they displayed with such force when battling for their team.” 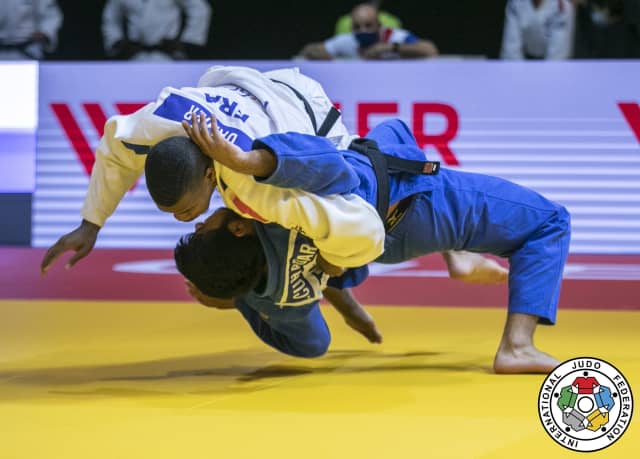 Damier (FRA) gave everything in the team competition

Since the inception of the mixed team format, we have seen triumphs and defeats that fly in the face of trend, such as Ono’s loss at the Tokyo Games and Pinot’s win, in the team event and against their individual run of form. Uta Abe also earned gasps from the crowd when she lost in the team event but not everyone remembers who beat her because STOLL (GER) is always strong and did not challenge her status quo, only that of Abe. 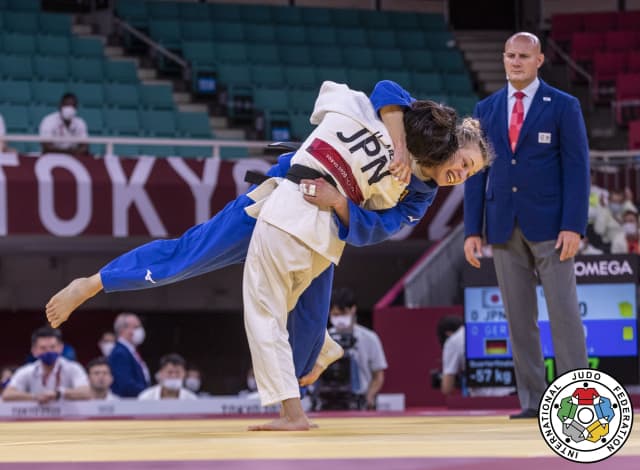 Stoll (GER) did the unthinkable in Tokyo

Team events can do this, collective pride takes over and Sheldon Franco-Rooks is one of thousands of judoka who has seen these moments unfold. It touches us. We saw this same phenomenon when Damier competed with the French senior team, still a teenager, at the 2021 World Championships in Budapest. He was incredible, fuelled by team spirit. The next mixed team event promises nothing less, in terms of electricity. 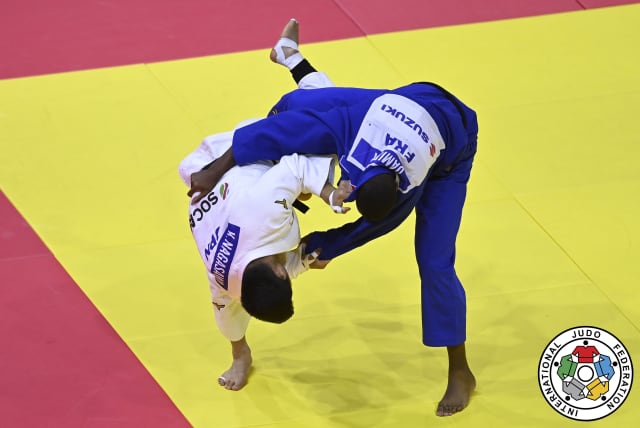 Damier exceeded all expectations in Budapest

There won’t be a team competition in Paris this weekend but there will be a group of young French fighters eager to face the strength of the Bercy and use the challenge as a driver towards excellence. 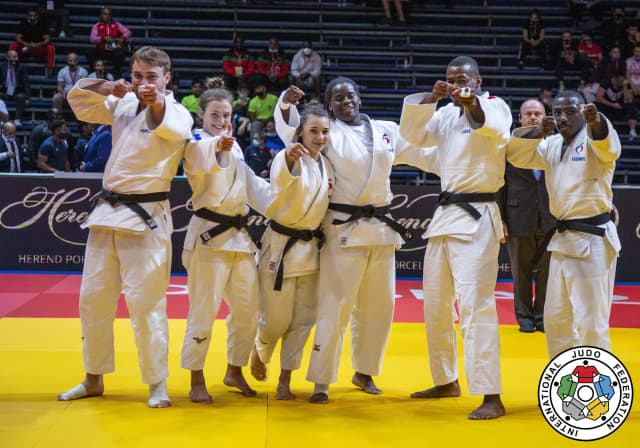