Written by Pedro Lasuen on 10. Oct 2021
Photographs by Gabriela Sabau, Marina Mayorova
Share
Photographer, writer, journalist, IJF Media and Judo for Peace Director and above all, judoka; Nicolas Messner can talk about everything. Today we want him to tell us about the mixed team competition at the Junior Worlds. This is his analysis. 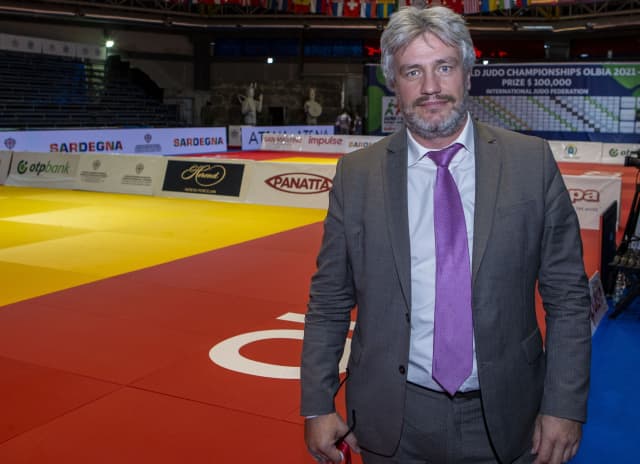 “Team competitions are always interesting. There are athletes who triumph in the individual category and lose with the team, see the example of the Hungarian Safrany. He won the gold without too much trouble at -90kg and in his first team match he let himself be surprised and lost. Then there are others who arrive with the status of favourites, fail in the individual tournament and instead, transform in the team competition, as is the case of Safeany’s compatriot Szofi Ozbas. She was the favourite at -63kg, world champion two years ago and already present on the World Judo Tour. She didn't even win a medal. Today she has won all her fights and she has done it against opponents of greater weight. I'll talk about this later.

All this means that what is truly essential is the mental aspect. Why? Because, in teams the judoka does not step on the mat individually but as part of a team. There are those who do not adapt or cannot bear the pressure of fighting for their companions, for fear of disappointing them and there are those who sublimate themselves and fight better. It is a modality that generates interesting situations in which the performance of the judoka is unknown in advance, whoever they are. Today we have seen that, in addition, a victory should not be taken for granted. France and Russia were the clear favourites before we started. They have reached the final, ok, but it was not a walk in the park. In fact, in the semi-finals, both lost the first fight. They recovered quickly by putting the machinery in motion, but what I mean is that no-one can rest on their laurels by being seeded. 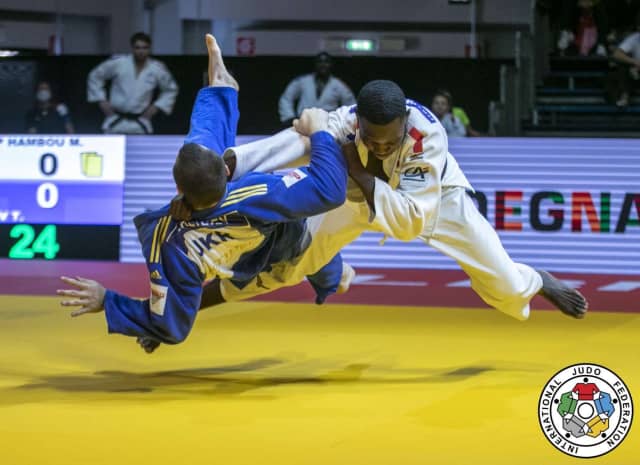 We have also seen the difficulties of some judoka when they face opponents coming from lighter categories. We were talking about the Hungarian Ozbas. She has had four bouts and has won them all against heavier women. This is not new; we have already seen it at other times, the last one at the Tokyo Olympics. The French powerhouse Clarisse Agbégnénou won both of her matches, in the semi-finals and in the final, against heavier opponents. Ozbas has done the same. This happens because the lighter ones are faster and are generally smaller, therefore have a lower centre of gravity and pose many problems to the heavier ones. There is not much difference in strength or power, sometimes even none, but in mobility. Speed and a winning mindset are the keys to success. Ukraine, Hungary, Turkey and Italy did not feature in the top 5 placings at the Tokyo Games but they have brought strong performances, tangible team spirit and a hopeful band of young energy to Olbia. We will see if this is indicative of the Paris cycle, as the events unfold and trends become clearer. France has maintained its stronghold at junior level as much as with the seniors and that is very telling. Paris is their ground and forcing them to relinquish the gold is going to be the biggest challenge of all in three years time. Japan is not here in Italy to offer their side of the discussion and so that match-up remains eagerly awaited at the junior level. It was already said in provious days that the juniors have shown great judo during the individual tournament. This was confirmed today during the team event. When you have already competed in individual rounds, you are exhausted and getting ready for the teams is not easy. Your muscles are sore and your body just wants to rest. Looking at Joan-Benjamin Gaba today though, I was amazed by the number of minutes he spent on the mat, attacking non-stop, defending as often and always in the right position and with the correct attitude to avoid being thrown. He had very strong attacks, maybe lacking a bit of precision when he needed to conclude, but still he was always on the move. He was physically perfectly fit despite the length of the matches, like he would never get tired. I am impressed.

To sum up, in the team tournament which, as always, has been very entertaining and well contested, the best singles do not always make a difference and the lighter ones can do a lot of damage to the heavier ones. It all has to do with mental strength and this is multiplied by ten when the judoka are not a group but a team. It is a question of cohesion. When this occurs, the results accompany."