In The Name Of The Mother

Written by Pedro Lasuen on 09. Oct 2021
Photographs by Gabriela Sabau, Marina Mayorova
Share
Five years ago Gvanza Chanturidze landed in Milan. It was not a pleasure trip, it was pure necessity. She left a family behind. Since then she has not stopped working and helps her family, who stayed in Georgia, sending money every month. She talks to her family on the phone and they exchange messages. She follows the career of her son, named Saba Inaneishvili, closely. 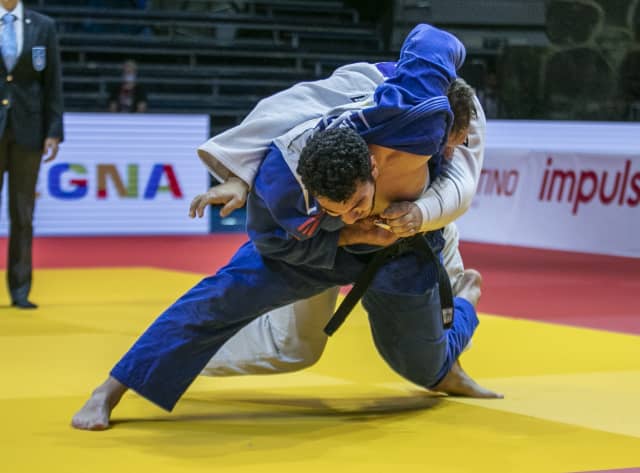 Saba is twenty years old and is one of us, a judoka, a full-blooded Georgian, a member of that school of warriors who breathe judo through every pore of their skin. When Gvanza left, Saba was fifteen years old. You don't have to be very clever to understand the pain of a separation between mother and child, no matter how much this is the fruit of necessity. However, a mother's love is infinite and a mother is a mother; that is an indestructible bond. For five years Gvanza has enjoyed the achievements of her son, observing his evolution as a judoka and a human being from afar. What neither of them knew was when and where their paths would cross again.

Saba is now a 20 year old man, strong, rock hard and a heavy weight. He has travelled to Olbia to participate in the Junior World Championships. Georgia is known to be a judo country, always getting results and in Italy it has swept through the medal table, with four gold medals and one bronze. All this was part of the country's plan and the world of judo can only admire the optimal performance of one of the beacons of our sport. 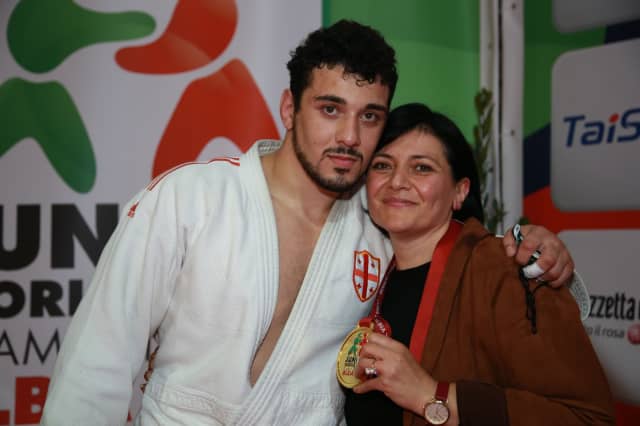 Saba Inaneishvili with his mother

This, though, is something else. “I have been very attentive to the evolution of my son. Every time he won a tournament, a medal, he called me to tell me that he had won for me and that he dedicated the victory to me." A love at a distance is as intense as it is heartbreaking and as real as it is painful, because life is hard and when there are no resources, there is no-one better than a mother to sacrifice herself, because children come first.

What Gvanza longed for, but couldn’t define, was when she would be able to see and hug her son again; a hug that breaks the hearts of the hardest. Gvanza travelled to Olbia to see Saba because, as she says, "It is not the same to hear about a victory by phone as it is to see it with my own eyes." In reality, success was the least important thing. What she wanted above all else was to see and touch what she loves most in the world. "I have won for her," says Saba, “This gold is her medal.” Seeing the mother and the son so happy but modest, almost contained, reconciles us with life, with a world in crisis, with daily problems that, perhaps, are not so serious. Seeing a proud mother, elegant in victory, a grateful son filled with filial love, but sober in gesture, is the most masterful lesson of our lives.