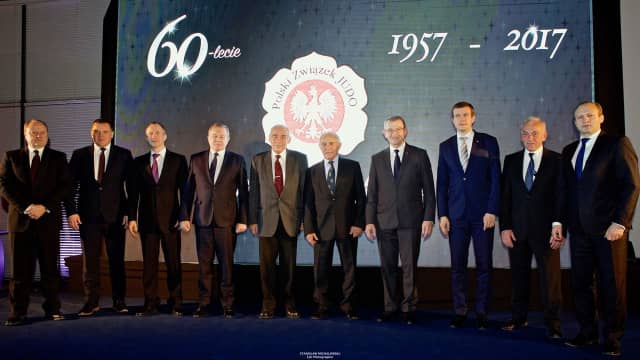 Mr. Jacek Zawadka emphasized the huge support received from the judo community, the Polish government, the Ministry of Sport and Tourism and declared: "I welcome you all to the 60th anniversary of the Polish Judo Association. Over the past years, you have accomplished great things, and we had great athletes. I wish to our future champions that their Olympic dream will come true. This is a good moment for us to work towards the same direction as Olympic success is needed for our discipline. Polish judo deserves medals at the Olympic Games."

The gala was honored by the presence of the Deputy Prime Minister and Minister of Culture, Mr. Piotr Gliski, the Minister of Sport Mr. Witold Banka, the President of EJU and IJF vice-President, Mr. Sergey Soloveychik, the Vice-Chairman of the Sejm's Public Finance Committee, Mr. Janusz Szewczak, and the Deputy, Mr. Pawe Lisiecki.

"I would like to warmly congratulate those who contributed to the successes of the Polish judo and to the fact that this sport has been developing for so many years. But it is not only about success, it is also about the thousands of young people who were and are brought up through judo. Judo gives real values in life. Together with a group of friends, we try to support this sport and we are satisfied with our cooperation. We will work together to ensure that the Olympic victories in judo will return to Poland", said Deputy Prime Minister, Piotr Gliski, who is also a black belt 3 DAN. 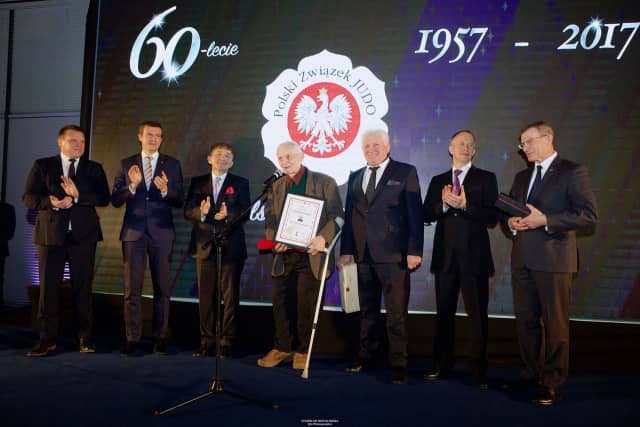 "I would like to congratulate the judo jubilee, a beautiful discipline that over the years has provided a huge amount of emotions and medals, from the European championships to the most important Olympic Games. It is a good day to remember the beautiful memories, but also to think about our future dreams. This discipline, as a martial art, has excellent educational values, especially for the youngest. We want Polish judo to be strong, to shine with the splendor of Olympic medals", said Minister Witold Banka.

Mr. Witold Banka also added: "I want to make sure that competitive judo will be strongly supported, but I also want to support the foundations of this discipline. It is important that we have facilities to let Polish judo grow in strength. I am deeply convinced that the Polish judo will have beautiful times again".

Janusz Szewczak like Piotr Gliski recalled the names of the former and current judo coach, including the late Sawomir Pacholak, and all polish coaches who are scattered around the world. The reconstruction of the Polish Judo Association is no longer a dream, and changes have begun, the bronze medal at the World Cup of Mrs. Agata Ozdoby-Bach being a good example of it.

Awards and distinctions were awarded to the Polish and foreign guests: the vice president of the IJF Sergey Soloveychik and representative of Mr. Marius Vizer, the IJF president. 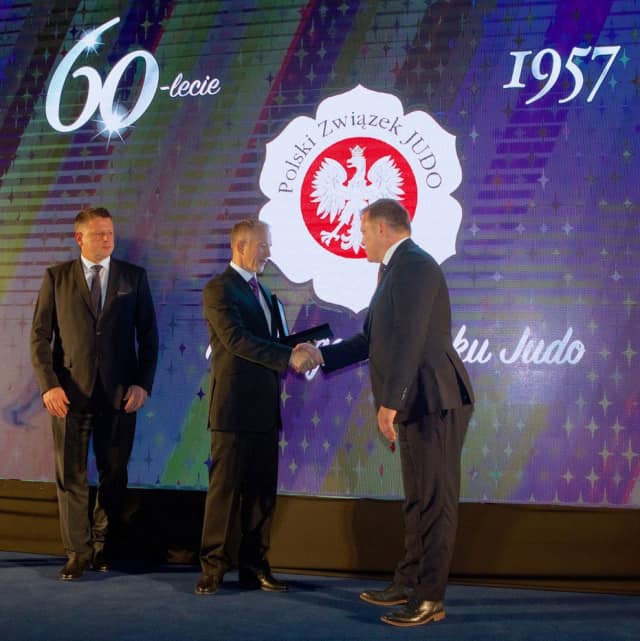 Mr. Sergey Soloveychik declared: "I am happy and I congratulate the 60th anniversary of the Polish judo. The Polish judo history generates a story full of successes, of great athletes and heroes who can come back to Poland with great successes and with glory."

Mr. Teodor Pop, representing the IJF President, delivered Mr. Vizer's message to the Polish Judo community: "In the name of the International Judo Federation President, Mr. Marius Vizer, it is my great honor to address you tonight on the occasion of the sixties birthday of the Polish Judo Association. First of all, let me congratulate you for those last sixty years of successful activities and for all the upcoming years, which I am convinced will also bring you moments of joy and happiness.

Looking back at your past history gives an idea of the footprint your country has left in the world of judo. Poland has been a major actor of the development of our sport.

From a sport perspective Poland has achieved major results at the international level, at the World Championships and at the Olympic Games, and a great potential exist in the country to reach again the highest summits.

As judo is more than a sport, it is also important to develop the educational values and the moral code of judo, and we encourage you to continue promoting those values throughout the activities of your federation.

Once again congratulation for this 60th birthday and long life to the Polish Judo Association!"

After Mr. Pop's speech, on behalf of International Judo Federation, Mr. Sergey Soloveychik presented to the Mr. Jacek Zawadka with the IJF Gold Medal of Honor!

But the most important heroes of the evening were the judoka, especially the medalists of the world's largest events. The group of Olympic medalists was represented by Antoni Zajkowski, Olympic silver medallist in 1972. Many world and European medalists were also invited to join on the stage. Great coach, Ryszard Zieniawa, received the 9 DAN. During his speech, he remembered "how the Poles defeated the Japanese and how they won the 2nd place in the team classification at the Games in Seoul".

During the gala, films about Polish judo, history of our discipline at the Olympics, World Championships and European Championships were presented.