Pirelli faced Kukolj (SRB) in the first semi-final just as his teammate had faced Majdov in the lower weight category and the result was the same too, taking a Serbian into a final for the second time today. Kukolj had come through a quarter that had crowned Sherazadishvili (ESP) as it’s number one but his crown slipped in round one just as Fonseca’s had done. 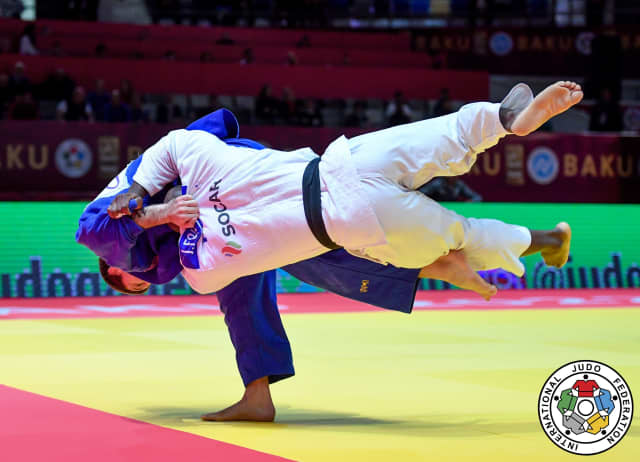 On the other side of the draw Sulamanidze, pool C’s number 1, also lost to a man who lost and in the quarter the unseeded Hungarian was the one to come through. Veg (HUN) walked into a semi-final against the only top 4 seed to reach the penultimate round, Kotsoiev (AZE). Kotsoiev won his semi-final too and earned a match against Kukolj for gold. 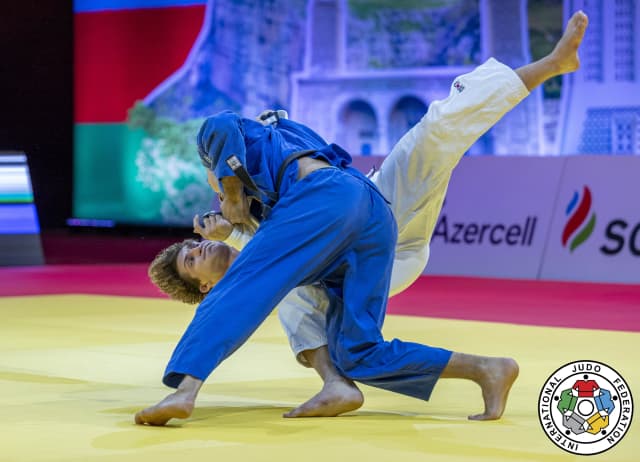 In the first bronze medal contest the German, Kurbjeweit-Garcia clearly wanted that medal. It was on offer and was not far away and so he went to work. Still with time in the clock to play with the German ducked his head under Veg’s grip and tipped the him to the side, registering the score he needed for a place in he rostrum. He looked after it and secured the medal, a first for him at a grand slam. 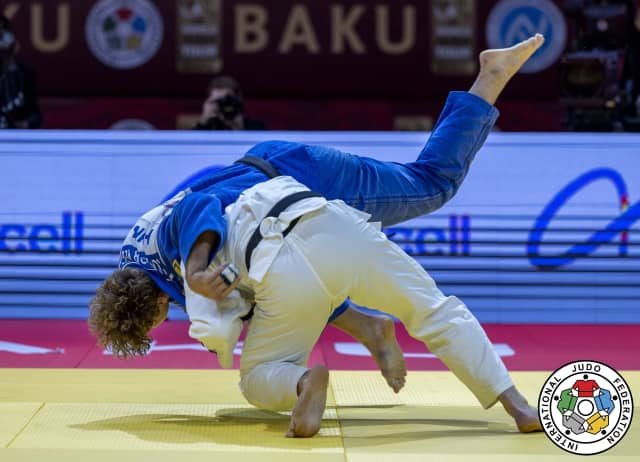 The second bronze medal contest didn’t have the fire of some of the matches of the category but Pirelli (ITA) won his medal with penalties and made his way to the podium of the World Judo Tour for the first time.

In the final the crowd uninhibited and chanted Kotsoiev’s name. Just as Majdov had been gazumped him his final, so was Kukolj. The Serbian attacked the home athlete’s front leg but Kotsoiev’s balance was too good and instead Kotsoiev extended his attacked leg and took out Kukolj’s far foot, turning into him as they went to the floor. It was a perfect example of the need to assimilate basic judo principles such as timing and balance. Kotsoiev has both and used both. 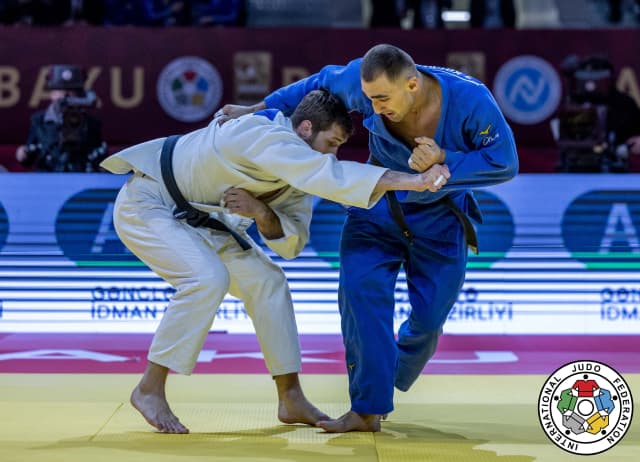 Kotsoiev found the power to win gold on home soil 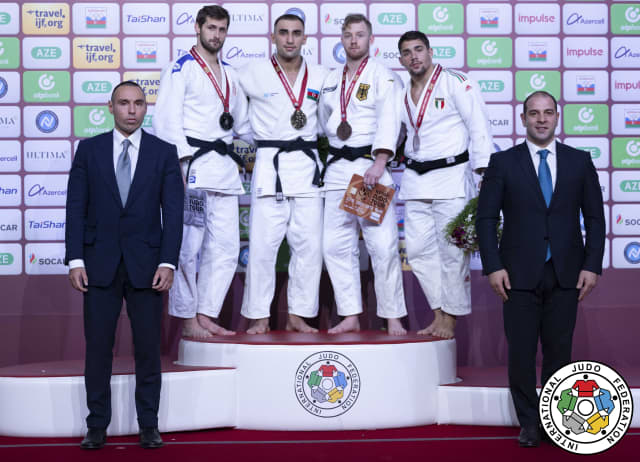 Medals, cheques and flowers were presented by Mr Azer Aliyev, General Secretary of the National Olympic Committee of Azerbaijan and Mr Elnur Mammadli, Olympic champion, member of the IJF Hall of Fame and Vice President of the Azerbaijan Judo Federation 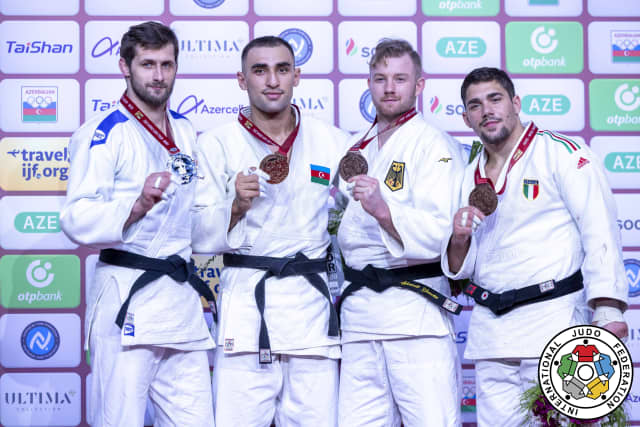