In May 1882 Jigoro Kano was inspired by traditional forms of combat to create a method of physical, intellectual and moral education, which he named judo.

Initially considered as a self-defence system, judo is step by step recognized for its educational value, its benefits for the development of the body and the character.

Judo became an Olympic sport in the Tokyo Games in 1964, and thus became universal. The International Judo Federation today brings together more than 200 national federations and 5 continental unions. 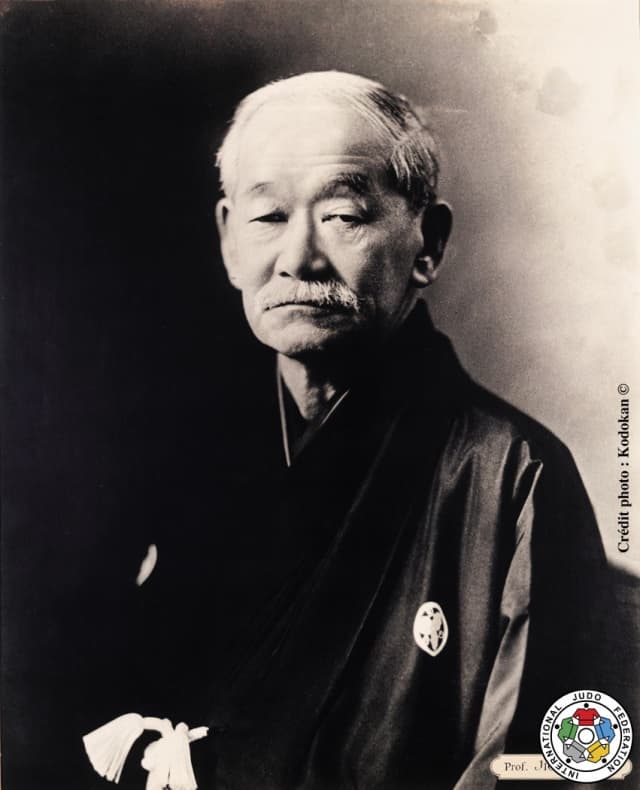 In the early twentieth century, the Western world discovered the artistic beauty and the military power of Japanese civilization and the effectiveness of strong Japanese soldiers based on their warrior spirit, the bushido, and their fighting techniques, Jujutsu. In many countries, the Japanese art is introduced in military curriculum. Jujutsu also appears on the stage of music halls, circuses and fairs.

Jujutsu in the World

In the USA and in many countries of the world, Jujutsu first spreads in the army and the police. At the same time, the martial art is taught in fitness centers (Sandow in England Desbonnet in France, the McFadden in the USA, etc.)

Jujutsu and the Media

Present in cartoons and songs, Jujutsu is used in numerous commercials and books or even correspondence courses that promise the technical secrets that make you invincible.

The art of the ‘weak against the strong’ is not reserved for men, and women start practicing the Japanese art early on. In London, the "jujutsuffragettes" used the Japanese art as a tool in the service of their political struggle to gain the right to vote. 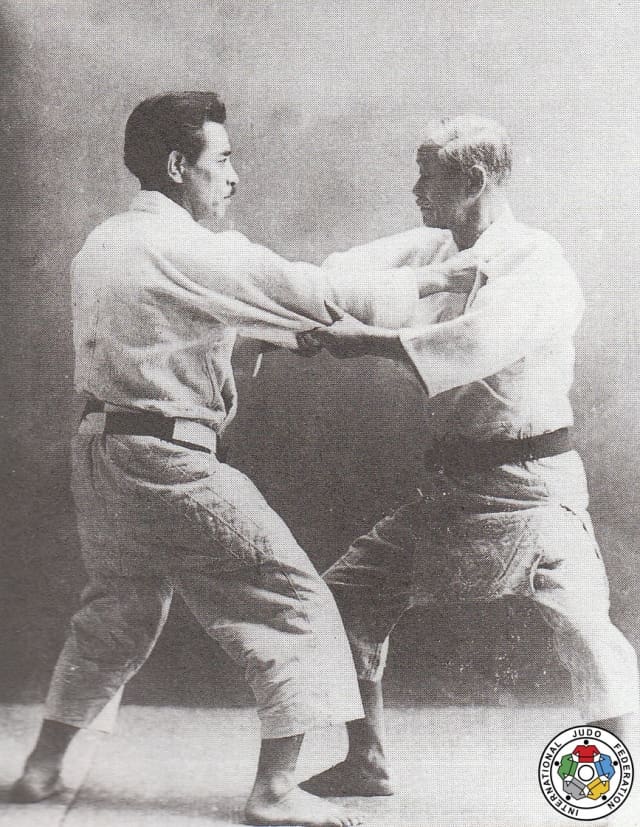 The Judo of Kano: Philosophy and Education

Small and bullied by his classmates, Jigoro Kano wanted to strengthen his body and learn to defend himself. He studied Jujutsu but soon realized that the fight focused on a powerful body and not on the spiritual and educational dimension of people.

Kano removed the dangerous Jujutsu techniques, by improving the art of falling. He imposed that both fighters grab each other and created his own method by synthesizing the oldest forms of defence. In 1882, he opened a dojo that he called the Kodokan, the "Place where the way is studied".

Judo techniques were divided into three categories: throws or nage waza, controls or katame waza and kicks or atemi waza. In competition, atemi waza are not allowed.

Judo is taught through randori, free practice, kata, imposed forms, and mondo, exchanges based on the values, the philosophy or any subject related to judo, between the students and their teacher.

The emblem of the Kodokan is an octagonal mirror, the symbol of truth, the central red circle expressing a right and sincere spirit.

In 1922, Kano created the Cultural Society of the Kodokan. He writes the two maxims that define the philosophy of his method: Seiryoku zenyo ("The best use of energy") and Jita Kyoei ("Mutual welfare and benefit").

In 1909, Kano was appointed to the International Olympic Committee. He became the first IOC Asian member and devoted his life to the development of education through judo and through sports in Japan and around the world.

Judo in the World

Thanks to the efforts of Kano and his disciples, Kodokan Judo, developed within the Japanese emigrant communities (USA, Brazil, Canada) as well as in Germany, Britain and the British-influenced countries.

In France, from 1940, a westernized variant of the Kano method was developed by professor Kawaishi, with the assistance of an engineer, Moshe Feldenkrais.

The Kawaishi Method is very successful in Europe and throughout the French-influenced countries.

The belt colour embodies the expertise of the judoka. Beginners successively wear a white belt, yellow, orange, green, blue and brown before passing a special examination (technical and competition) to obtain the rank of black belt, or dan (1st to 10th dan). The colour belt system was developed in England in the mid-1920s and gained in popularity thanks to the Kawaishi Method.

In 1923, Jigoro Kano opened a women's section of the Kodokan. He focused on the technical study and on kata but did not allow the practice in competition considered dangerous to the health of future mothers. Keiko Fukuda, granddaughter of Hachinosuke Fukuda, who taught Jujutsu to Kano, dedicated her life to spreading women's judo worldwide.

Judo as a Sport

Official sporting events started to take place in the early 20th century. And was in Germany on August 11th, 1932, that the European Judo Union was created. The first European Championships were held in Dresden in 1934. The Kano Method was chosen as a demonstration sport for the Tokyo Olympic Games in 1940, which never took place because of the Second World War. It was not until the 1964 Olympic Games that judo officially entered the Olympic programme.

The European Judo Union was reconstituted after World War II. On July 11, 1951 in London, its representatives (Great Britain, France, Italy, Belgium, The Netherlands, Germany, Austria and Switzerland) received the candidacy of Argentina and the International Judo Federation was created. The Italian Aldo Torti became the first President of the IJF.

Presidents of the International Judo Federation

Judo as a sport grew rapidly in the years following World War II.