Courage: Do what is right

Section navigation
The International Judo Federation just launched a new series of film to illustrate the Judo moral code values. This week, the first value to be presented is COURAGE. Discover the film and learn more about what makes judo different from any other activity.

Just open a dictionary or do some research on the internet and you will realise that what we thought of COURAGE is actually limited compared to what this concept exactly covers. For centuries, philosophers and intellectuals have looked into the idea and if certain aspects are commonly accepted, making obtaining an exhaustive definition is a challenge.

However, two dimensions emerge and offer a consensus: physical courage and moral courage. For each of these two forms, courage, which is sometimes called bravery, can mean making a choice to face agony, pain, danger, uncertainty or intimidation. For physical courage we have to face pain, which is physical by definition, hardship, even death or a death threat, while for moral courage it is our ability to act with justice when faced with the majority, shame, scandal, discouragement or personal loss.

Whatever definition one takes into account, to be courageous requires firmness, strength of character, morality, energy, sometimes boldness, guts or strength. Talking about courage also implies that there is danger and that difficult circumstances must be faced.

It is therefore not possible to work on finding a definition of courage without pausing for a moment amid the concept of fear. To act without fear is to show blind audacity or recklessness. To have courage requires an opposition to fear, in order to be able to overcome it in action. Facing danger without experiencing fear forces you to unconsciousness, among other things, when the danger is obviously underestimated.

Facing the danger, whatever its nature is, requires being able to measure the danger and so implies knowing your own limits when assessing a situation. Engaging in a 'fight', whether physical or mental, requires that you know if you are able to cope with it. This does not mean that one must have the guarantee of winning, it would amount to having an oversized self-confidence or, as discussed, a lack of fear, delivering no courage at all. On the contrary, you have to learn to know yourself well, to be able to go, if necessary, beyond your limits and beyond your fears. 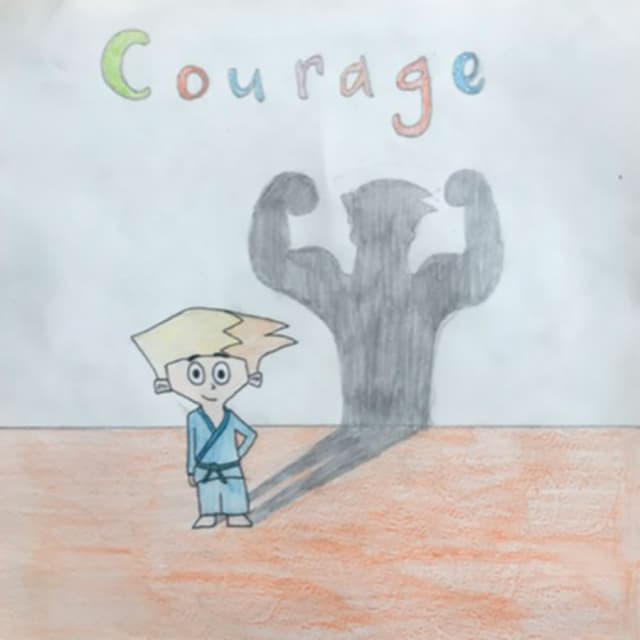 As such, not going into combat, once again whether physical or moral, is not necessarily a sign of cowardice, quite the opposite. Going headlong into action can be more about desire and pride than real courage. It is important to emphasise that the latter, the one that makes things change the mentalities or the one that makes it possible to obtain victory, often against your own anxieties, must be guided by the sense of justness and justice. Some thus value courage only if it is put at the service of others, without selfish interest.

In most civilisations, since the dawn of time, since man is man and since the first fantastic tales were told to children, courage has been considered the queen of virtues, whose hero cannot be lacking. Its opposite is cowardice. Psychologists associate it with a personality trait. It is interesting to emphasise that for Plato, for example, courage or fortitude is one of the four cardinal virtues in the same way as prudence, temperance and justice.

“Without courage we cannot practice any other virtue with consistency. We can’t be kind, true, merciful, generous, or honest”, said the American poet, singer, memoirist, and civil rights activist, Maya Angelou. 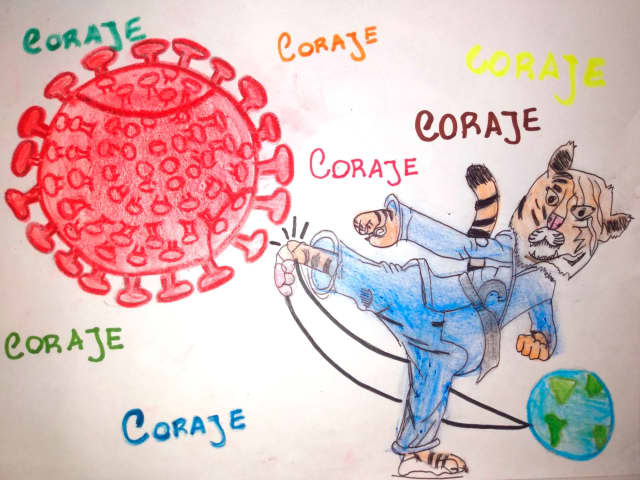 Plato was not the only one to look at courage. Socrates, Aristotle, Thomas Aquinas and Kierkegaard also studied it. All Western and Eastern societies, past and present, have contributed to building the widest and most complete definition possible. If there are therefore multiple understandings of courage, we could summarise some of them by saying that it is a virtue consisting of facing an enemy in the largest sense of the term (exterior or interior), which is real to you and which really threatens you and by showing courage you act firmly until the end of the fight. To act with firmness, you call not only on technical knowledge, but above all your actions are based on confidence resulting from a thorough knowledge of the danger and your fears. To act with courage is to show intelligent combativeness.

In Japan, where judo was born, the courage dimension is an integral part of Bushido, which was the code of moral principles that Japanese warriors (Samurai and Bushis) were required to observe and from which our sport draws part of its philosophical resources. Kano was also influenced by Confucianism or by the opening to the West of his country at the end of the 19th century. So it is not surprising that courage is one of the intrinsic values of judo. Speaking of courage leads to considering concepts such as persistence and patience, self-awareness, control of one's emotions. 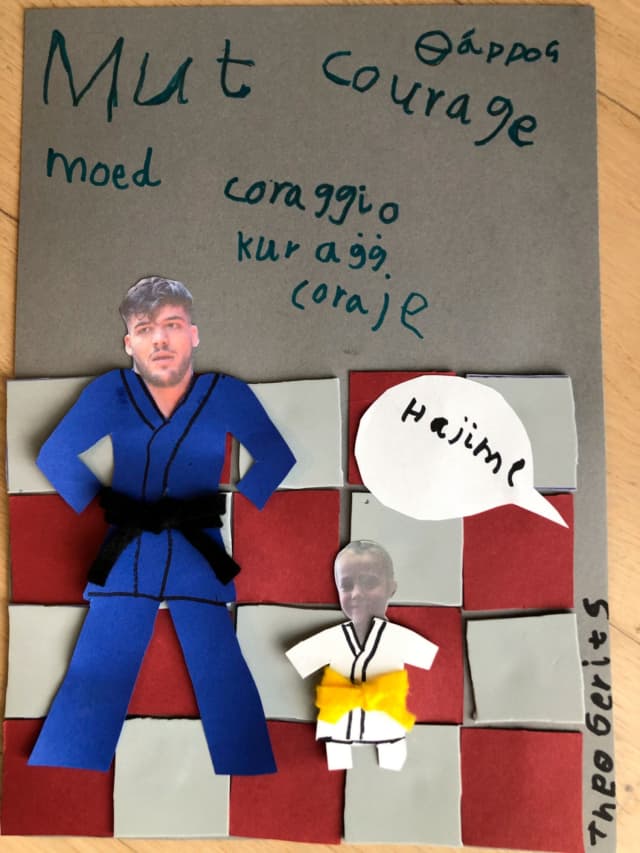 Kano said in substance that it is important to observe oneself carefully as well as one's own situation, while attentively observing the others and the environment. After careful consideration, it is time to act decisively: DO WHAT IS RIGHT!

Ideally, courage is not just a cold control of fear, nor a denial of emotion. What is crucial is to be able to judge a situation, to accept the inherent emotions as a dimension of human nature. Then comes the time for well educated habits to face fear by allowing reason and the survival instinct to navigate our behavior towards a valid objective.

Training on the tatami and repeating exercices, uchi-komi and the basic principles of judo, until they become an automatic behaviour, will not only help you to become a better judoka, able to perform, but it will help you to face your most intimate fears, to act correctly. In short, it will guide you on the path of courage!

All illustrations presented in this article were submitted by children for the Great8 Great 8 Contest. Sumbit your own drawing at: CLICK HERE