Section navigation
You want to know everything about judo. Discover our series of articles about the history of our sport. We will explain how a martial art became an olympic sport and an amazing educational tool. 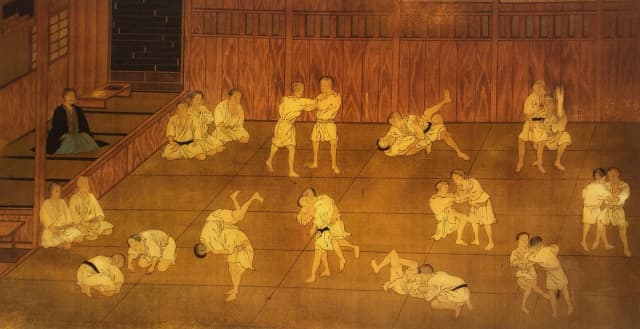 Judo is today a well established Olympic sport practiced by millions of people around the world. At the beginning of 2019, the International Judo Federation is made up of more than 200 national federations spread over 5 continental unions (Africa, Asia, Europe, Oceania, Pan-America). For decades, judo was the only Asian contribution to world sport. Though all its specific traits, it is not only a competitive sport, but also an activity enriched by its millenary tradition and culture. Judo is also a recognized system of self-defense used globally.

Judo is not a marginalized sport and the first step of the sport within the Olympic Games in Tokyo in 1964 is a great example of this incredible and unstoppable expansion. It is in the Japanese capital that the global dimension of the educational method founded by Kano Jigoro in 1882 suddenly became noticed, and it is in Tokyo where judo will eventually be back first in 2019 for the World Championships and in 2021 for the Olympic Games.

At the end of the 19th century, the fighting techniques used by the samurai became a means of physical education for the benefit of Japanese youth, before it reached the rest of the world. In a second phase, its exportation towards the West, and mutation into a sportive practice (1930s), then its introduction into the circle of the major international events are the key periods of its development. Such an evolution is the result of a combination of several contributions, that of some personalities and of the institutions they founded, and of favorable social, political and cultural contexts.

Watch again the first episode of the Art of Judo dedicated to the founder of judo.

From 1880 to this day, the road that led the Japanese warriors to the steps of the Olympic podiums has been long and sometimes difficult. In the series of articles that we are going to publish on a regular basis, we will cover many aspects of the development of judo and we will focus on the transformation of one martial art into an Olympic sport.

Judo is a shared passion, a "lifetime commitment" as Anton Geesink used to say, a common language that inhabit the spirits of most judoka around the world, whether they are coming from the humblest places to the most developed countries.

Judo is closely linked to history, a history that spans across three centuries (XIX, XX, XXI). As closely as judo is linked with traditions, it is still a young sport, designed for young people and it has now become a modern activity. The image of judo is that of one country, of one culture and of one attitude: Japan. But judo is way more than a sport, way more than just two people trying to win a match. 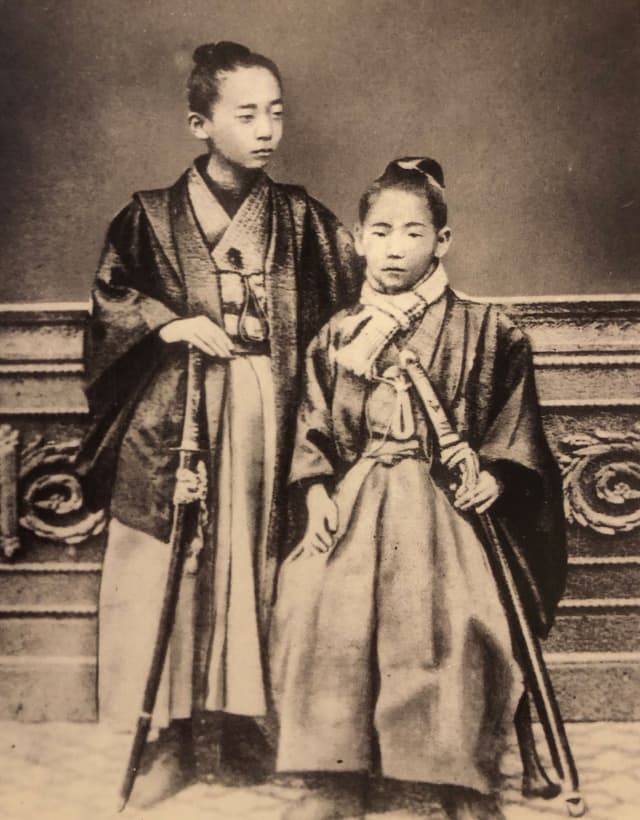 Judo player are inhabited by sportsmanship. They are role models of self-control, self-assurance and self-esteem. The image of a judo champions combines the invincibility of the old samurai, with the traditions of the Oriental art and the capacity to follow a set of values that help to build a better society .

These articles will explain how Kodokan was founded and why, until Judo became an Olympic Sport. You will discover Kano's work, that led to the re-invention of martial arts as a method of physical, moral and intellectual education. Next comes the globalisation process of the method of Kano, its slow evolution into a sport then the Olympic movement.

The history of judo is related to the shift from an old martial art, meant to 'kill the enemy', to a modern sport that carries useful values for the society. Judo wouldn't exist without one man, Kano Jigoro Shihan, who devoted his entire life to the education of the youth of his country and of the world. He succeeded in blending tradition and modernity, building his method on individual prowess for everybody's benefit. The quality of his works, the popularity of Japanese civilisation, especially among artists and a favourable historical context are essential elements to understand how the new activity developed first at national level before going to the international stage.

The first steps of judo are intimately linked with Kano's life and personality. The man was born on 28 October 1860, in Mikage, currently the East district of the city of Kobe. This part of Japan is famous for its sake brewing and Kano's family was connected with this world of brewers. Kobe was also known as one of the Japanese ports open to the world, when most of the country was still inaccessible. This might explain Kano's willingness to learn about the rest of the world.

Thus very early in his life, Western influences were added to Eastern traditions and education. One of his grandfathers was a well-known poet and a renowned scholar. When Kano was born and in the following years, his father, Kano Jirosaku, was a high-ranked official, working for the shogun government and held numerous positions in the government and the Navy. Jirosaku was a born organizer, with a strong sense of social responsibility. He contributed to the modernisation of Japan and inspired his son. 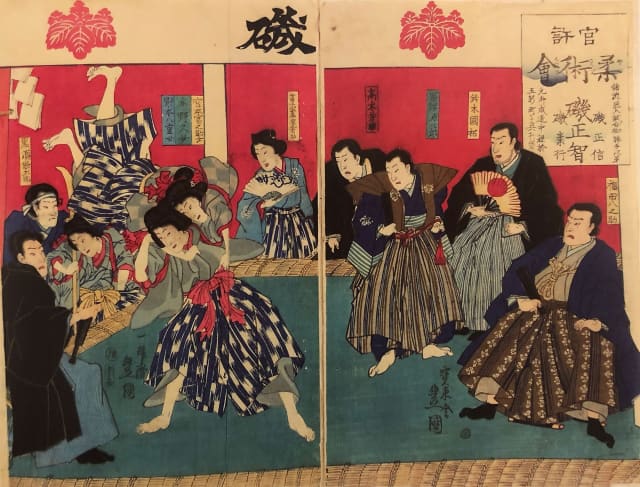 In 1870, soon after the death of his wife, the family moved to Tokyo. This was a time of great cultural and social changes in Japan. Kano was introduced to Confucian philosophy as well as to English by Mitsukuri Shuhei, a celebrated scholar who was to belong to a group of influential thinkers, dedicated to educational reforms.

Rapidly, Kano developed a strong taste for maths and was especially good with languages. It is known that during his study of jujutsu he would note everything in English, probably to secure the confidentiality of his research at at time of intense rivalry among the different schools. In his old age, Kano also kept his diaries in English.

As a boy, Kano was small but being extremely physically gifted, he studied with boys who were older and bigger than him. That's one of the reasons why very early on, he learned how to defend himself, as he was repeatedly bullied and laughed at.

When turning 14, he entered the Foreign Languages School, where he was one of the first Japanese to play baseball. The sport was introduced a year before by two American teachers. He loved the spirit of it and got inspired on how sports can have a positive impact on the society.

At the age of 17, he entered the Tokyo Imperial University, which was producing many leading figures of the Meiji Era, which extended from October 23, 1868, to July 30, 1912. That is when Kano decided to learn more about jujutsu, and more about the art that enables the weak to overcome the strong. But at that time in Tokyo, it was not easy to find instructors of the ancient jujutsu techniques. The Kobusho, the school of martial arts, where samurai used to be taught, disappeared with the Meiji Restoration reforms and jujutsu was considered to be for 'bad boys' only. 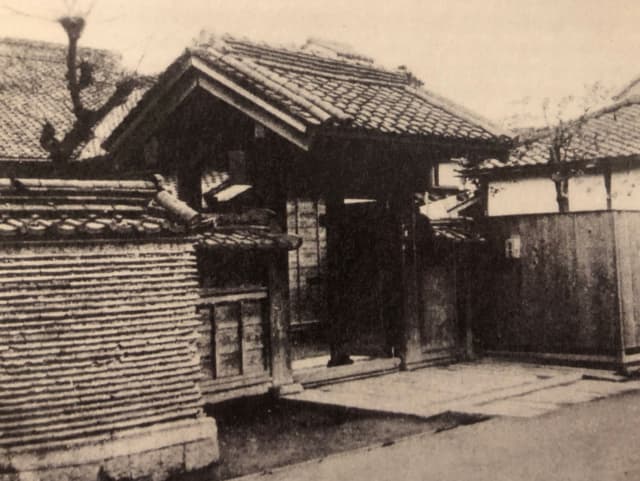 After months of patient research, he finally found a former Kobusho jujutsu master, Fukuda Hachinosuke. Kano's father was not very happy with his son's choice, as he was not interested in those old Japanese traditions. But he finally accepted and Fukuda became Jigoro Kano's first jujutsu master. After two years, Kano knew enough of this jujutsu to take part in a jujutsu demonstration given to honor the visit of the US President, General Ulysses Grant to Tokyo. When Fukuda passed away, Kano kept on practicing under the leadership of Iso Masatomo.

In 1881, he began to study the jujutsu of the Kito School with another Kobusho teacher, Likubo Tsunetoshi. Likubo was an expert at throws and put more stress on the spiritual side of the art, that mainly inspired Kano to underline the moral side of his method. The koshiki no kata (Kano highly evaluated the forms of Kito-ryu Jujutsu as they represent the essence of attack and defense. Therefore, he left the forms as Kodokan Koshiki-no-Kata, with little changes. It consists of 14 Omote -front- techniques and 7 Ura -back- techniques) is inherited from the Kito School, illustrating ways and means of combat while wearing armour. It was one of Kano's favorite kata which he performed before the Emperor in 1929.

The year 1882 was a landmark year for Kano Jigoro. With only 22 years of age, he was appointed lecturer in politics and economics at Gakushuin, an educational institution for the children of the Japanese aristocracy, where he could teach for some years and then served as a director. He also started a private preparatory school, the Kano Juku, and an English training school. In May 1882, Kano opened a judo academy, the Kodokan, in a 12-tatami room rented from a Buddhist monastery in Tokyo (Eishoji in Inari-machi, Shitaya, Tokyo). The number of his students rapidly increased and therefore the Kodokan moved several times. This is when Kano's method was adopted by the police and the Navy and introduced to schools and universities, that it really started to expand throughout the country.

Kano was definitely a brilliant educator. He occupied several positions as headmaster of various schools and at Tokyo Teachers Training College. Kano's genius lies in the fact that he saw judo as closely linked to education and adapted it accordingly.