+100kg - Rakhimov is number 1 on the Podium, in the Seeding and in the World Ranking

Written by Jo Crowley on 06. Nov 2022
Photographs by Gabriela Sabau, Tamara Kulumbegashvili
Share
Martti Puumalainen (FIN) is almost always in the final block or at least in the top 8. His name is rarely on the top spot but never far away. He’s consistent, reliable, hard-working and deserving of success. He was seeded 4th in Baku and towed the party line, reaching the semi-final with a bye and two maximum scores. There Rakhimov (TJK), also obeying the rankings, dealt with the Finn and moved into the final. 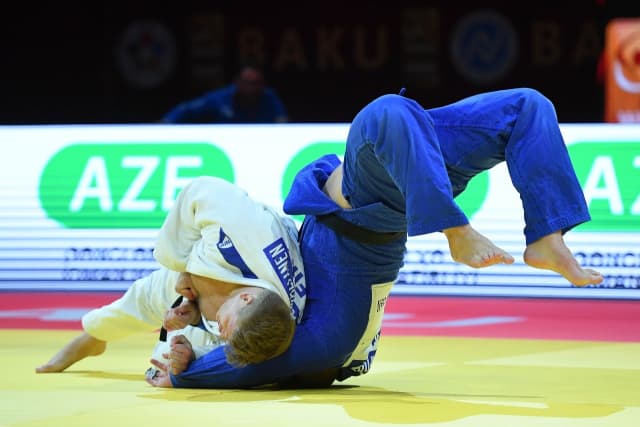 Puumaleinen in action in Baku

Rakhimov’s day was not only about the later matches though. He had a tough quarter-final too, against a Georgian opponent. It began at a leisurely pace but with 2:40 still left on the clock Rakhimov exploded into a cross-grip and an immediate o-uchi-gari. It scored waza-ari and despite Inaneishvili’s best efforts, that was the way the scoreline stayed. Rakhimov is world number one for a reason and protecting his scores is just one of his many skills.

Tushishvili (GEO) was the only one of the top 4 on the category not to make it to the semi-final stages, as he was disqualified in round two for head-diving. The last of the 4 was Yusupov (UZB). He had no problem registering a positive maximum score in each match, all the way to the final.

Sipocz (HUN) found himself in the repechage and then a fight for bronze having lost to the Finn in he quarter-final. He faced Gamzatkhanov, a local fighter with no medals on his record. At the end of a full-time match, the Hungarian left the victor after registering a half-point during normal time. The Azeri’s card remains unmarked! 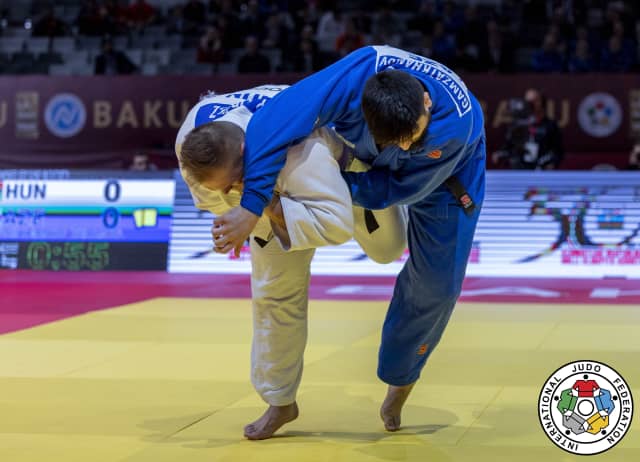 Puumaleinen fought his socks off for the second bronze against Uzbekistan’s Bakhtiyorov, who was himself keen to stay close to his countryman’s lead knowing that Yusupov was without doubt the number one. Sadly for the hard-working Finn, a very fast o-guruma stood between him and the podium. Uzbekistan took the medal, their second of the category with a final still to come, while Puumaleinen left in 5th place. 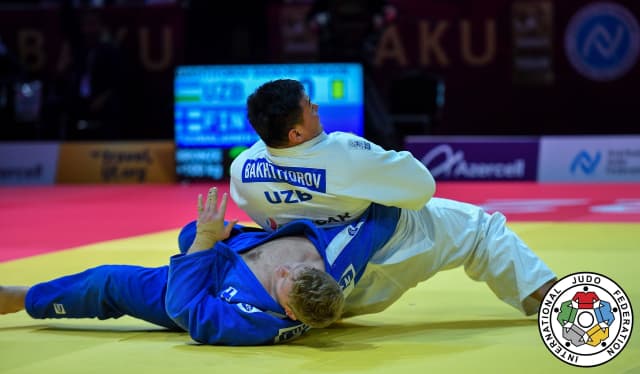 A fight between Rakhimov and Yusupov promises energy and entertainment. The first exchange brought us a massive pick-up which was answered with a change in grip and a counter attempt. Both wanted to throw. Heavy but mobile gripping and movement in spades made the whole contest a risk for both. Yusupov tried a sode-tsuri-komi-goshi but pulled himself out early. It should have broken up the fight but neither was really willing to relinquish the other’s kit. With just over a minute to go it was Rakhimov who finally found the right angle, the right drive and the right grip to produce a massive ippon with o-uchi-gari. He wrapped his arms around the Uzbek and crushed him to the floor. It was huge! It was the perfect way to end three days of grand slam judo in Baku.

Yusupov left with silver and his teammate right on his heels. Rakhimov confirmed as position as the number one seed and the current world number one. 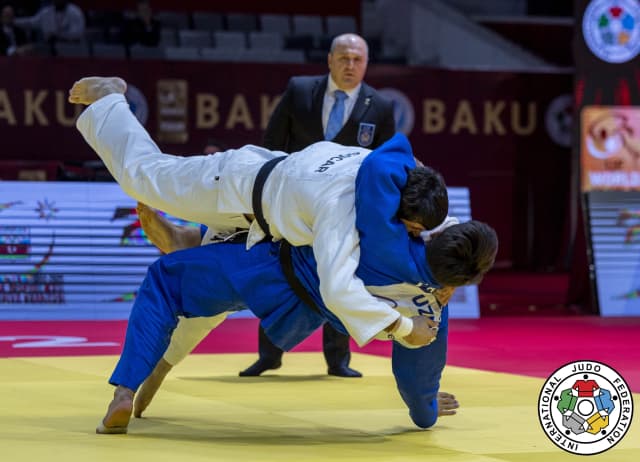 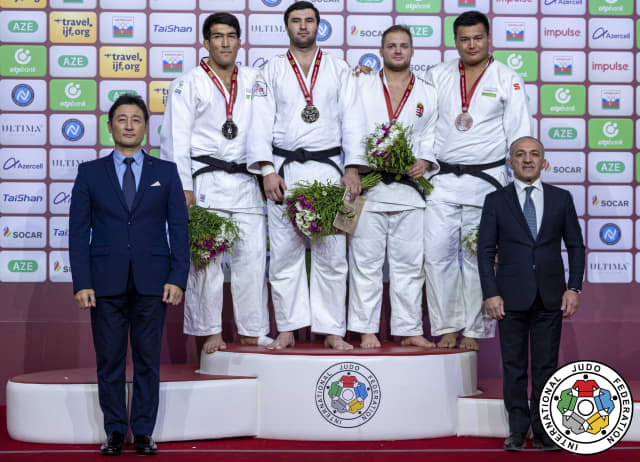 Medals, cheques and flowers were presented by Mr Ki-Young Jeon, Head Referee Director of the International Judo Federation and member of the IJF Hall of Fame and Mr Natik Bagirov, advisor to the President of the Azerbaijan Judo Federation, world and double European medallist 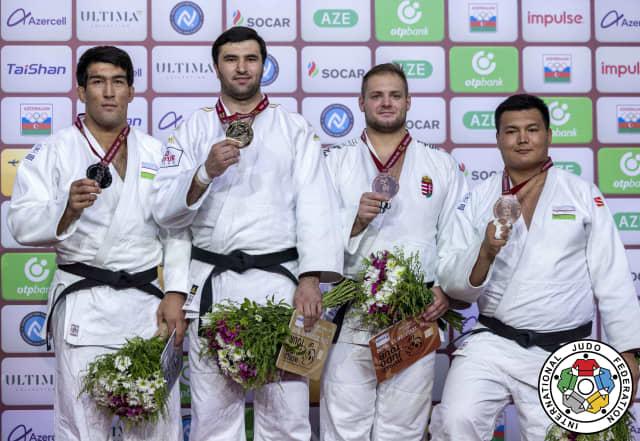