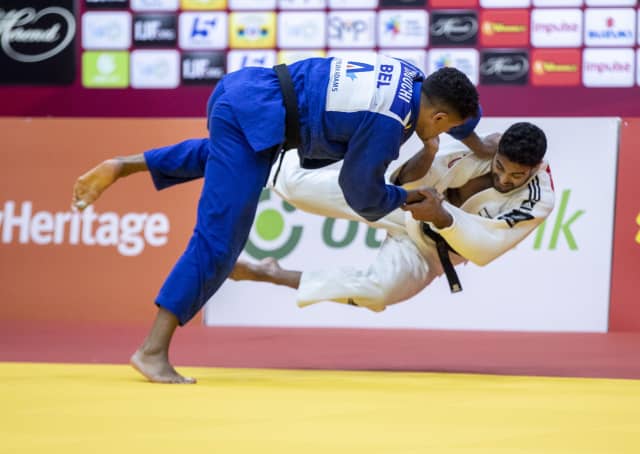 Belgian and world number one Matthias Casse was already bowing to Brazilian Joao Macedo on tatami 2.

Sagi Muki, world champion and idol in his country, entered tatami 3. In front of him was the Belgian Sami Chouchi.

Chouchi executed a sensational ippon and brutally eliminated one of the big favourites. Stupor in the stadium. This is judo.

Casse got rid of his opponent with not much time to sweat.

For the first time, since 1979, an Iranian-born athlete was preparing to participate in a sports competition in Israel; Saeid Mollaei, to be exact, 2018 world champion, to face Azerbaijani Zelim Tckaev. 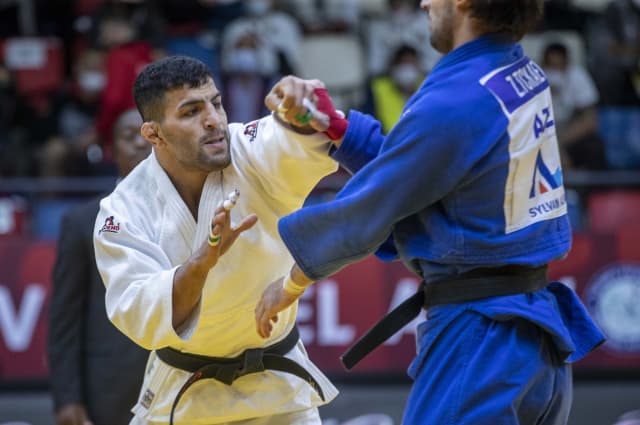 While both worked the kumi-kata, the Dutchman Frank De Wit and the Hungarian Attila Ungvari staged a fight of spectacular intensity on tatami 3.

On tatami 1, the Olympic champion Fabio Basile was in the middle of his second golden score in as many fights. Another waza-ari and Basile qualified for the next round.

Mollaei, with another waza-ari, won his first match in Israel.

Ungvari was punished with a third penalty, after 13 minutes of contest time.

We went in search of oxygen and a decaf.

Our heartbeats could be heard outside the hall. We had goose bumps and the women’s categories had not even begun yet. There was a whole day of competition left still ahead of us.

Welcome to the judo world.