25. Sep 2017
Share
In their endeavors of convincing as many countries as possible to implement the MPC Project, concerning the implementation of judo as a basic preparation sport in the training and educational process of all categories of military personnel, Mr. Stefan Marginean and Mr. Slavisa Bradic have participated, between 20 to 23 September in a series of activities organized by the Serbian Judo Federation, related to the process of signing the Memorandum of Understanding between the Serbian Judo Federation and the Ministry of Defense of Serbia. 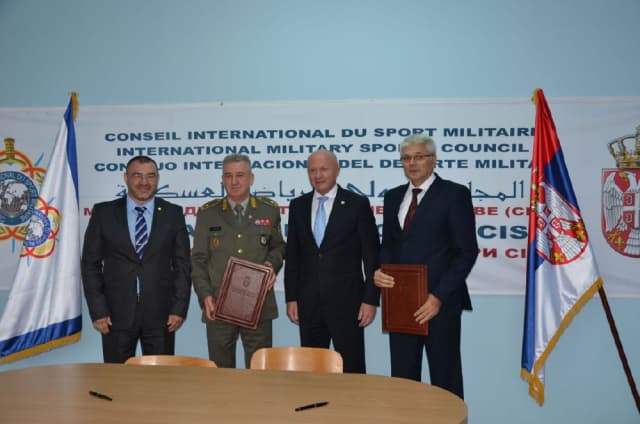 Mr. Miroslav Bratic in his speech said: "The Serbian Army in its system has many judokas, which is a significant potential for the development of this sport. Judo is one of the martial arts, which is obligatory in all military competitions, which clearly speaks about the need for cooperation. As an organized Alliance we have recognized the needs of our Army knowing what they are doing and how much they work and what potential they have. That is why we have decided on this type of cooperation, which means that we will help in a professional way, in the organization of the competition. I want to especially thank the International Judo Federation. We expect this collaboration to evaluate what we have done so far. I hope that the International Judo Federation will help with professional material and human resources when it comes to military sports". 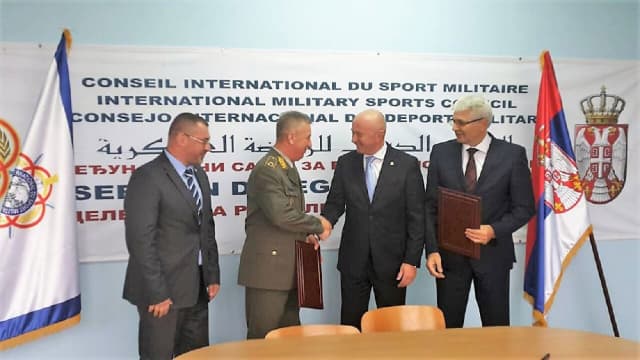 Brigadier General Sinisa Radovic, the chief of the Serbian Delegation to the International Military Sport Council, in his speech, said: "The Ministry and the Army have been cooperating with the Judo Federation of Serbia for a long time, and the signing of this document will formalize the legal form of cooperation. Thus, cooperation will be raised to a higher level. The Judo Federation of Serbia has both material and human capacities and expertise. We want people to work together. We want to educate ourselves and achieve the highest standards in the field of sports, judo and martial arts, which are an important segment of the defense system for all structures".

After the MoU was signed, Mr. Stefan Marginean and Mr. Slavisa Bradici congratulated the Serbian Judo Federation and the Ministry of Defense of Serbia and in his speech Mr. Stefan Marginean said: "the present convention will allow the development of a true collaboration between the two parties in their complete interest, and we are convinced that the values and principles of judo will contribute and will be beneficial to the entire and continuous process of professional training for all categories of military personnel". 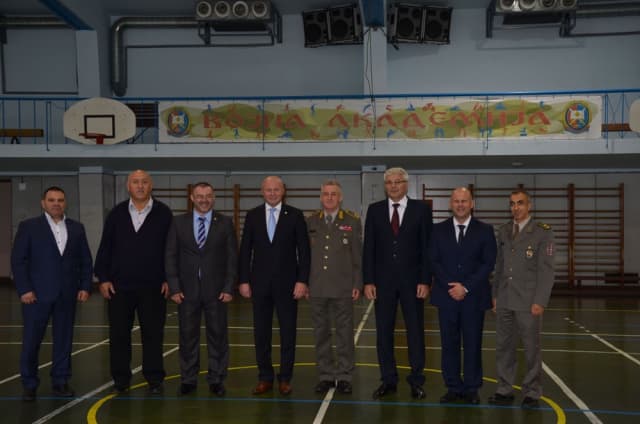 A significant contribution in the accomplishment of this step has been brought by Mr. Dragan Atanasov, director in the Serbian Judo Federation, along with his staff: Mirsad Nurkic -- Military Sport Committee, Miroljub Blagojevic -- Police Sport Committee, Tanja Cuk -- PR and Predrag Bosanac.