A FIRST BEAUTIFUL DAY OF JUDO IN TUNISIA

Written by Nicolas Messner on 19. Jan 2018
Share
The first day of the Tunis Grand Prix already allows us to draw some important conclusions while the tatamis of the Sports Hall El Menzah is still cooling down just after a day of action that saw five weight categories (-48kg, -52kg , -57kg for women and -60kg and -66kg for men) competing for the first medals of the season. From 8:30 am on, 129 competitors among the 335 present in Tunisia, inaugurated the first event of the World Judo Tour 2018 and tonight the first medalists could leave happy with a feeling of 'job well done'. And for all the others a lot of work still has to be done. 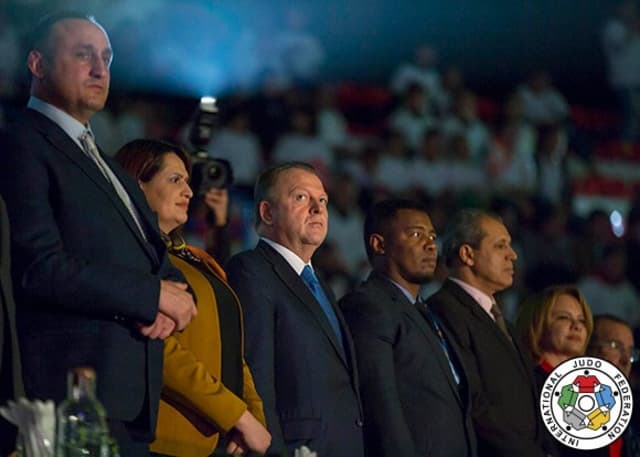 Present on the first day of competition in a stadium full of Judo fans, President Marius Vizer could be satisfied: "We are really happy to return to Tunisia and Africa for this first event of a season that will be rich in events. We can say that everything went well and even despite the absence of some top judokas, the level was excellent and we have seen beautiful judo particularly during the final block. Regarding the application of the amended refereeing rules, everything was fine, but it is logical that we need a little more time to work with them in and to explain them, while the judokas also need time to integrate them. But we are on the right track."

The competition was officially declared open by President Vizer, along with Sports Minister Majdouline Cherni and Tunisian President M Skander Hachicha. Ms. Majdouline Cherni said: "We are very pleased to welcome you to Tunisia, and it is up to me to warmly thank the IJF and its President, for the support provided and for organizing this first Grand Prix of the season in our country." President Skander Hachicha emphasized the fact that the 335 athletes registered in Tunis were the real reason for the success of the event. 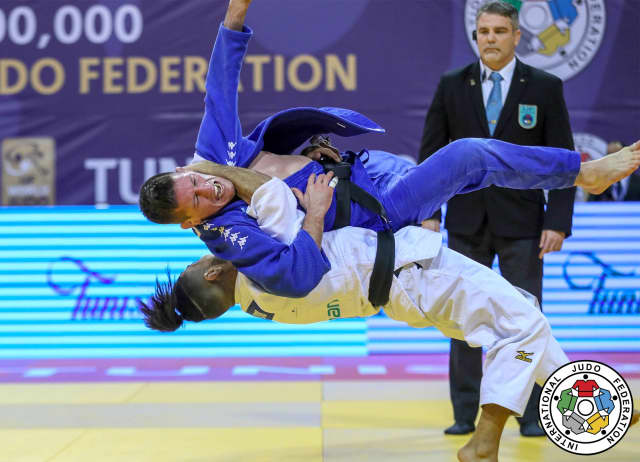 At the end of this long and intense day, given the number of competitors, Daniel Lascau, IJF Sports Director, made an analysis on sport concerning the changes and the application of the refereeing rules: "It was a good start and I really feel that the impact has been very positive. We have seen many situations where scoring a first waza-ari was calling another one, because the athletes were trying to shorten the matches. The number of attacks is clearly increasing. We also saw good session on the ground as well as a new situation with the possibility of passing from the ground to the standing position without 'matte' of the referee. This is a great first and some judokas have been able to exploit it correctly today. Finally, I would retain the magical counters we saw and where the important thing is to perform the rotation in the air and not to use your own impact to save a desperate situation. The fantastic 'ura-nage' of Frenchman KHYAR in the final was the most beautiful example of that." 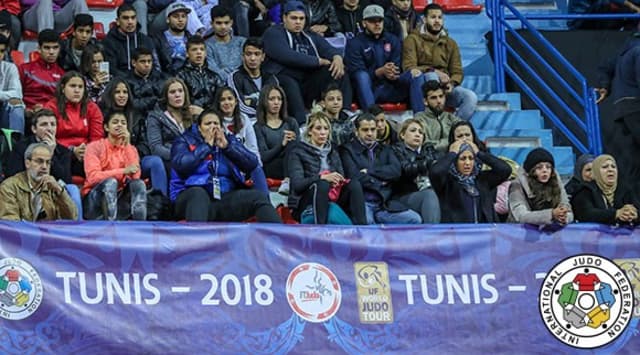 Neil Adams, one of the IJF supervisors here in Tunis also stressed the positive impact that the changes had on judo that he observed throughout the day: "I was positively and pleasantly surprised. Of course we are going to have to adapt, but I have seen some beautiful things. It's encouraging."

This first day saw some great winner including the Ukrainian Daria BILODID (UKR) who was very successful on the ground as she won most of her contests with a well prepared combination. As mentioned earlier by Daniel Lascau, Walide KHYAR (FRA) has made a big impression with literally flying counter movements. He is definitely coming back to his best level, when he became a surprising European Champion.

A final between Distria KRASNIQI (KOS) and Jessica PEREIRA (BRA) was expected between the two strong women in the category and it happened. The Kosovar seemed to have the physical and technical advantage but in the end it was the Brazilian who very intelligently took control of the match and finished the job with an effective and precise Ippon.

In -66kg, the battle was long and bitter between newcomers on the world circuit, which is also a highlight of the beginning of this year. More than seven minutes of golden score. This is not a record, but this match left traces in the athletes' body and in the spectators' minds. Congratulations to AKHADOV but also to FUJISAKA for this beautiful moment of judo.

We will finally remember the good performance of the second Kosovar, GJAKOVA, who did not flinch and took the title without much difficulty. This is a fact: this team of Kosovo has sacred resources.

WHO TO LOOK AT TOMORROW ON THE SECOND DAY OF COMPETITION?
WOMEN
-63kg: Olympic champion Tina TRSTENJAK (SLO) is launching her 2018 campaign and quest to recapture her world title this year by competing at the first event of the season. European champion and Paris Grand Slam winner TRSTENJAK lost her world crown to arch-rival Clarisse AGBEGNENOU and has one aim this year of beating the Frenchwoman at the Baku 2018 Worlds to retake her throne at -63kg.

-70kg: The Hague Grand Prix winner Kim POLLING (NED) has a lot of work to do in this Olympic cycle is she is to don her judogi in Tokyo in 2020 with a string of young and hungry national rivals breathing down her neck. African Championships winner Assmaa NIANG (MAR) finished seventh at the World Masters and fifth at the World Championships last year and gave a respectable account of herself when she stepped up two weight categories to battle at the Openweight World Championships in her homeland.

MEN
-73kg: Tashkent Grand Prix winner Zhansay SMAGULOV (KAZ) is the top seed at an IJF event for the first time in his career. The tai-otoshi specialist is ranked 14th in the world and has the skills to compete on any stage with any opponent. The 25-year-old Kazakh won bronze at the Asian Championships last year and the same colour medal at the Tbilisi Grand Prix. Antalya Grand Prix winner Mirzokhid FARMONOV (UZB) has topped a Grand Prix podium on three occasions and won the Moscow Grand Slam in 2012. Cancun Grand Prix bronze medallist and Pan American Championships bronze medallist Alexander TURNER (USA) will expect to be progress to the final block to be in medal contention on day two.

-81kg: World bronze medallist Saeid MOLLAEI (IRI) had a breakthrough year in 2017 and the world number three is looking for more of the same in 2018. MOLLAEI, 26, starts as the top seed in Tunis and will be spared from an early duel with fellow standouts present in the category on Saturday such as The Hague Grand Prix winner Ivan VOROBEV (RUS). Antalya Grand Prix winner Stanislav SEMENOV (RUS) will need to justify his inclusion by Ezio GAMBA.