A Man in a Hurry

Written by Marina Mayorova, Pedro Lasuen on 20. Sep 2019
Share
It's nine in the morning, Friday, September 20th. It's already hot in Tashkent and the streets present the classic panorama of any city in the world. Active people heading to the office. It could be said that it is a normal day in the capital of Uzbekistan. Except for one detail. The Judo Tashkent Grand Prix opens its doors. 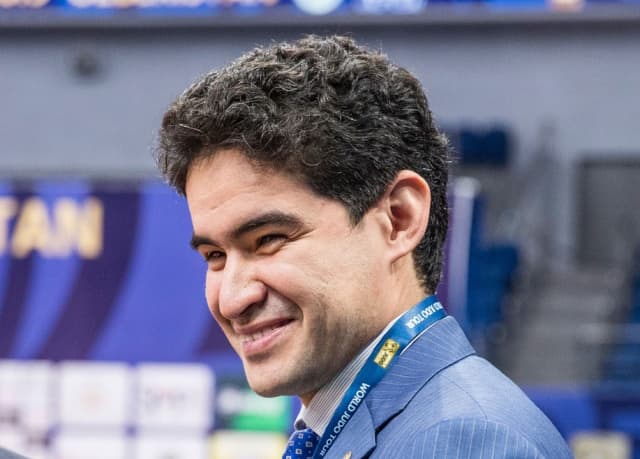 The competition is already a classic in the World Judo Tour and faces its seventh edition with a new suit. For the first time it will take place at the Humo Arena, an ice hockey stadium. It's early, we said, and we want to attend the latest preparations. In the midst of so much activity a young man watches everything. His name is Azizjon Kamilov and he is the president of the Uzbekistan Judo Federation. We have also come for him, to know his vision and his plans for the future.

At 34, Kamilov has been performing his new duties since December 2018. He welcomes us with a smile and, when he speaks, he does it bluntly.

“As soon as I arrived, I understood that there were several groups within the federation. I had to unite them and convince them that together we would be stronger and more effective”, explains Kamilov. The new president's strategy paid off within a few months. “At the beginning of this season our judoka were eliminated in the first round of any tournament. Gradually the results improved”.

In order to obtain good results, it is necessary to have good coaches and attentive judoka who concentrate on what they are doing. This requires stability. And to achieve all that, you have to count on the unconditional support of families. It is here when we enter the heart of the strategy developed by Kamilov.

"The first thing is to understand the importance of the family in Uzbekistan," says Kamilov. “Children are very close to parents. The family is the fundamental pillar of Uzbek society. My first objective as president was to take care of the families of the judoka so that the children could dedicate themselves to judo with total freedom of spirit”.

It is therefore a well thought out and educational based system. Kamilov nods and continues. His is a dynamic discourse, easy to absorb and didactic. “It is the key to the strategy. It's not just about winning medals because we understand that you can't progress and be a great champion without a good education”.

In that regard, Uzbekistan is two steps ahead. Twenty schools in the country have judo as a item for students. Kamilov wants to go further. “We are going to double the number and, not as an obligation, but on a voluntary basis. Finally, we want to organize tournaments between the different schools”. 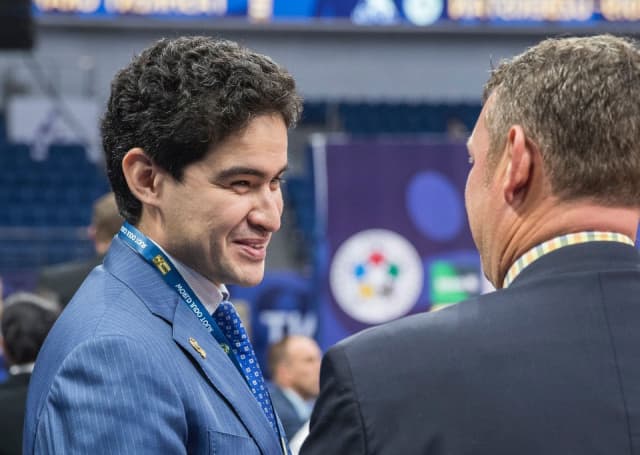 The young president's plan is as simple as it is great. Inspired by the Judo in Schools project of the International Federation, Uzbekistan has bet everything on young people.

"It's normal," Kamilov ends, young people are the future of any society. Judo transmits essential values. And, as a final result, we will have a brilliant, well educated, and candidate generation to win any medal”.

The speech is a torrent of energy communicated with passion by a man in a hurry to build a better future for a country in full educational expansion. A man with a healthy ambition.

Before leaving and, to understand the extent of that ambition, we asked about the possibility of organizing in Tashkent judo world championships. Kamilov smiles, pauses and finishes. “Look around, we already have the venue and seven years of experience. Everything is possible."

Indeed, when talking with Azizjon Kamilov, everything seems possible.