A New Dojo for Refugees in Zambia

Written by Nicolas Messner on 31. Aug 2021
Share
As the refugee crisis swells more and more every day around the world, the Zambia Judo Association (ZJA) is taking a further step with their support for displaced people, by inaugurating a new dojo in Mayukwayukwa camp in the Western Province. 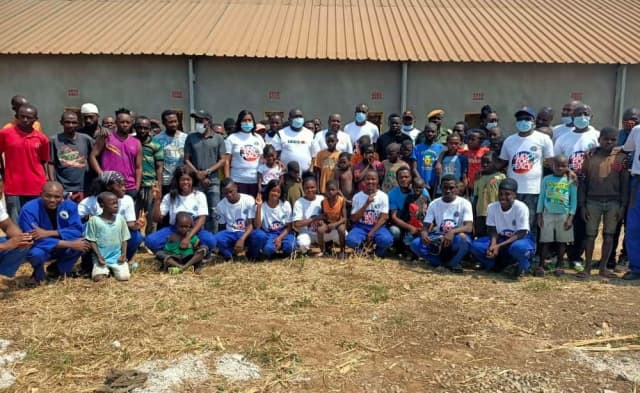 Located in Kaoma District, Western Province, the Mayukwayuka settlement was established in 1966 and is one of the oldest refugee settlements in Africa. Its first purpose was to host refugees fleeing from Angola’s civil war, but currently most of the people living in the camp are from the DR Congo as well as from Burundi, Rwanda and Somalia. As of 30th September 2019, Mayukwayukwa settlement had a population of more than 15,000 refugees. It’s a massive place, divided into a local Integration area for persons eligible for local integration and a refugee area under the supervision of the UNHCR.

"The dojo that was handed over by ZJA cost USD 17,647 and is aiming to become a place for education and development, to allow refugees to move freely in the country and to discover its national treasure," said Alfred Foloko, ZJA and NOC President. 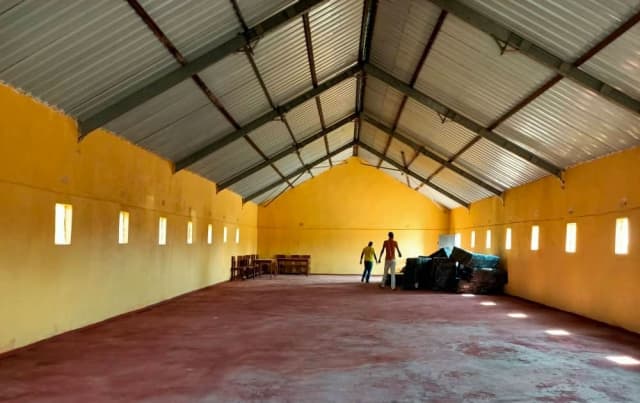 The handover ceremony took place on Saturday 28th August 2021 and was attended by ZJA executives, led by President Foloko, representatives from the Ministry of Community Development and Social Protection and the Commissioner for Refugees.

In his address Mr Foloko stated, "The judo hall in Mayukwayukwa is the second to be built in refugee camps in Zambia and we hope that we will build many more judo halls in other refugee camps. Judo is for all and it's a sport that promotes equity, peace and love."

Then ZJA Vice President Dorothy Nyambe urged the female community present in the area to use judo as an educational tool. 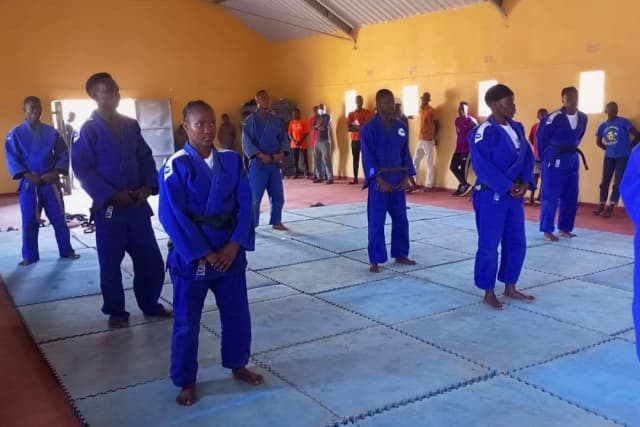 The Norwegian Olympic and Paralympic Committee and Confederation of Sport (NIF) representative, Nchimunya Mweetwa, applauded the Zambia Judo Association for their commitment to using judo as a tool to foster development in the country and for always aiming to not leaving anyone behind, "As NIF we hope to continue our role as a partner, collaborating with the ZJA for the betterment of the sport."

The Ministry of Community Development and Social and Protection representative, Ronald Siabuski, thanked both NIF and ZJA for supplementing the government's effort to ensure the youth are empowered and protected from vices, by bringing sports such as judo to their doorsteps.

Mr Siabuski underlined that the facility and the material given shall be guarded and protected for the sake of supporting the refugee community and Solomon Mulenga, representative from the Commission of Refugees, emphasised that a huge number of lives will be improved thanks to judo. 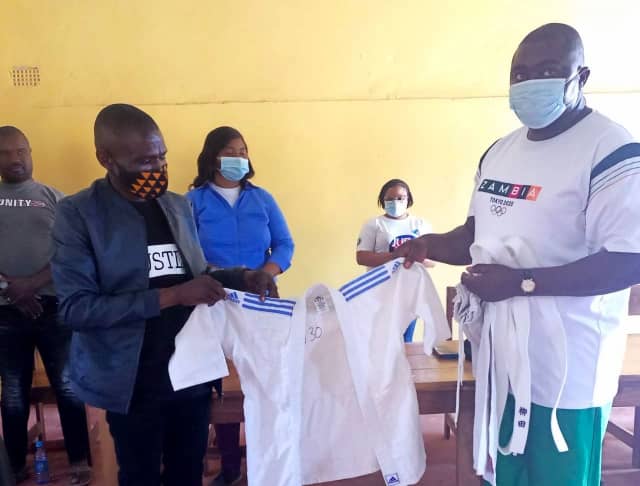 It is not the first time that Zambia has stood out and proved that everything is possible with a minimum of will and especially with substantive work led by the ZJA. The Meheba settlement, in the north of the country, benefited from the contribution of judo for many years. In 2015 a first initiative was launched and in 2018 a first dojo was inaugurated in Meheba.

Built with the support of the NIF and with the material and logistical support of the International Judo Federation, the installation has enabled hundreds of young refugees to discover judo and its values. Thanks to their participation in sports activities, many young athletes were able to start travelling within the country to participate in training camps and competitions in Lusaka. 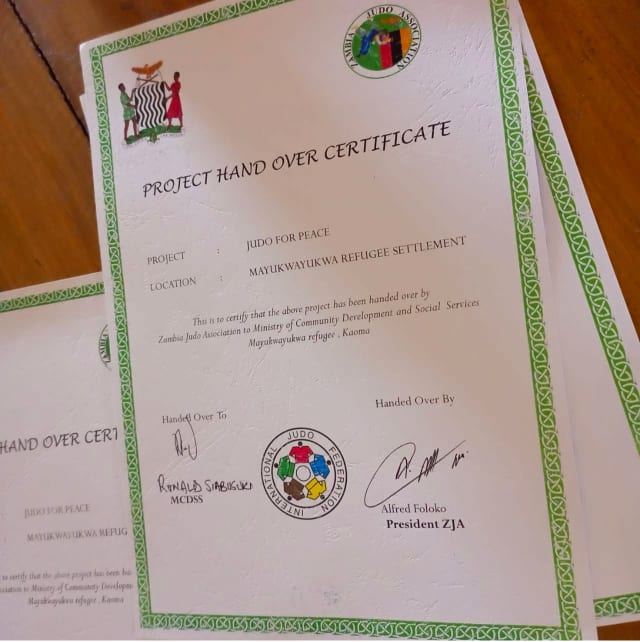 As part of the Judo for Peace programme, refugees from Meheba were even able to meet those from Dzaleka, Malawi. There is no doubt that the construction of the Mayukwayuka dojo will further develop mutual aid and mutual prosperity in Zambia, but also throughout the southern African region. The adventure continues and judo keeps spreading its values in order to create the conditions for a more just society. This is a meaningful illustration of jita kyoei at work.