Written by Nicolas Messner on 29. May 2018
Share
Nazim Huseynov. This name may not tell you much. Yet he is a true legend in his country, Azerbaijan, since he won the first Olympic gold medal obtained by an Azeri athlete after the independence of his country. 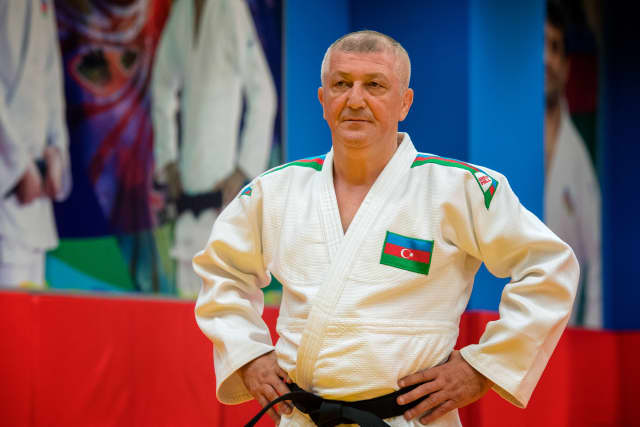 Only one year after the liberation of the Soviet yoke, at the Barcelona Games in 1992, Nazim climbed on top of the podium and won Olympic laurels. Many years later, in a city of Baku appeased and transformed, while the Judo World Championships 2018 are looming on the horizon of the world circuit (September 2018) and on the road to Tokyo 2020, we met this simple hero, who is still active on the tatami.

Nazim Huseynov was born on August 2, 1969, in Baku and from his earliest childhood developed a true love for sport. If he started with a bit of wrestling, his attention quickly turned to judo after he discovered a documentary in which the main character, Yasuhiro Yamashita (JPN), practiced the Japanese martial art: "With my friends we used to organise small confrontations during which the trophy was a sandwich or an ice cream. I had seen Yamashita's matches, and that inspired me a lot and especially it allowed me to win the trophy often."

Officially, he started judo in 1980 at the age of 11 and joined the Locomotive Judo Club in Baku: "At the time, it cost 25 Manats (US$14) to buy the judogi. It was a fortune. But club officials tested me and found that I had good potential."

In less than two years, this potential turned into reality and Nazim's passion for judo only grew. Unfortunately after a fracture of the arm and the leg, the doctors condemned him for the sport: "For me it was absolutely impossible. I did not see how an injury could stop me from continuing to practice. After only three months, I returned to the tatami. I really liked this sport so much." 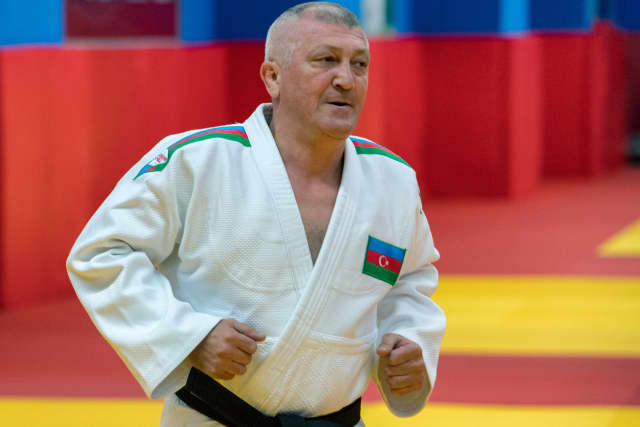 During his first years of practice, the aspiring champion won about fifteen Baku titles and became Champion of the Republic of Azerbaijan (integrated into the USSR). In 1986, he was spotted by the Soviet Union and began to participate in international tournaments. He climbed twice on the highest step of the European championships podium under the colors of the USSR: "It was very difficult for athletes from the Soviet republics to qualify for international events. Look today at the strong nations of world judo. There is Georgia, Uzbekistan, Russia of course, Azerbaijan too. But at the time there was only the USSR, we were a huge family, and therefore only one qualifying place for Soviet athletes. You really had to be very strong."

His first major international award, Nazim won it in 1991, when he finished third in the World Championships, already in Barcelona, ​​as a prelude to his Olympic coronation. With this bronze medal, he became one of the favorite judoka in the lightweight category of -60kg.

Nazim remembers well all these years, from his beginnings, the difficulties encountered, the immense joy of winning, all his contenders who have now become friends on the world circuit: "At the beginning the judo was not really developed in Baku. I was a pioneer. I am aware of it. But I remain humble. We put a lot of effort into the development of judo in Azerbaijan and today, my country is a nation that counts on the international scene."

Barcelona will undoubtedly remain among the most beautiful memories of Nazim. For the first time, in 1991, then during the Games, he had the opportunity to participate in a competition under the colours of his homeland: "In 1992, few people really knew much about my country. When I asked the question, I was often answered by an other question or by saying that the whole region was at war. Yet my victory helped dot a point on a map. I was the flag bearer. What pride! I was the first man from free Azerbaijan to carry the flag of my country." 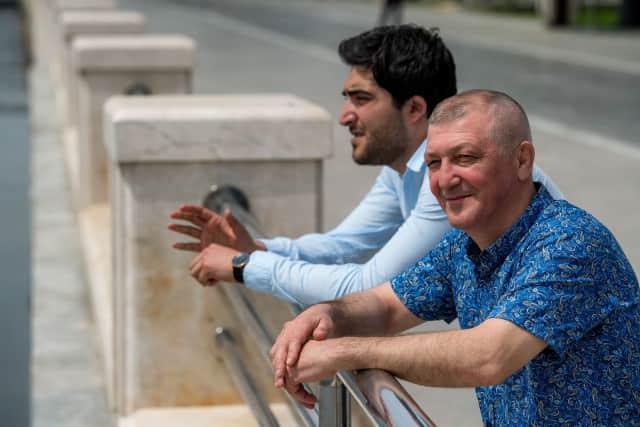 The height of happiness was when he became Olympic champion, on August 2, 1992, the day of his birthday. As he returned home and his mother took him in his arms, he asked her: "Mom, what time was I born?" Around 17:00 she tells him, the time he went up on the podium: "It was a sign. Judo is my life. "

If Nazim was the first Olympic champion for Azerbaijan, he was imitated a few years later, by another great champion, Elnur Mammadli. The pioneer keeps an emotional memory of this second Olympic title won in Beijing in 2008: "The years go by and people tend to forget. But thanks to Elnur, people rediscovered who I was. He also told me later that he was inspired by videos of my matches he had seen as a child."

For the one who is today the coach of Azerbaijan team, that of Rustam ORUJOV (Silver Medal in Rio 2016), Elkhan MAMMADOV (World Champion 2007), or Elmar GASIMOV (Silver Medal in Rio 2016), to name only a few great champions, judo carries discipline, it is a vector of health and offers a future to the youth, while it also helps people in difficulty: "I think that judo can change the lives of many people, as it has profoundly changed mine. When people have a good heart, judo allows them to become even better." 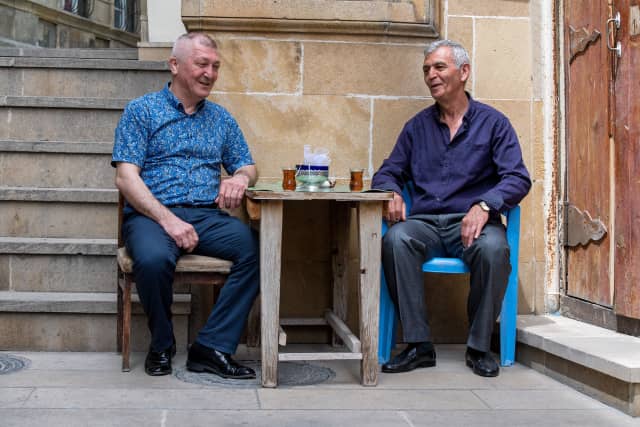 Talking about big heart and to illustrate his point, Nazim then spoke about another monument of sport in Azerbaijan, Ilham Zakiyev, double Paralympic champion in judo: "He has a huge heart. Unfortunately he lost his sight during the war, but thanks to judo he became Paralympic champion. He is an incredible champion and a human being apart. He is what mankind has to show best. With his two titles, he is the best of us."

Since his sporting retirement, Nazim officiates as a coach. He passes on his knowledge and passion for judo: "Everyone would like to become an Olympic champion. We are, whether we like it or not, models for society and for youth. We can give hope. If I look today at the conditions in which our athletes train and if I had benefited from the same conditions, I would be three times Olympic champion (laughs)."

Nazim Huseynov is a hero, there is no doubt. But he is a hero of great simplicity and no less great humility who continues at all costs to share his love for sport and his passion for judo.