Written by Jo Crowley on 15. Oct 2021
Share
Jimmy Van Meurs (NED) is a project manager for both the Erasmus+ SchoolJudo.EU programme and the IJF. Having worked with Ruben Houkes in the Dutch set-up, as an Entertrainer, he is now part of the team running the operations side of the project. He is working within a group of experts to create and develop the continent-wide SchoolJudo.EU programme. Jimmy is a judoka at heart and so gathering experience and knowledge to use for the improvement of judo provision for children is a real passion for him.

Why did you take the Entertrainer role at the very beginning?

“I found it interesting to bring children into judo within an education context. It was my first time seeing the explicit link really explored between the values and coaching, as opposed to the general inclusion of those values, almost undercover. For children aged 6-12 this format of education really offers an opportunity to do something meaningful.” 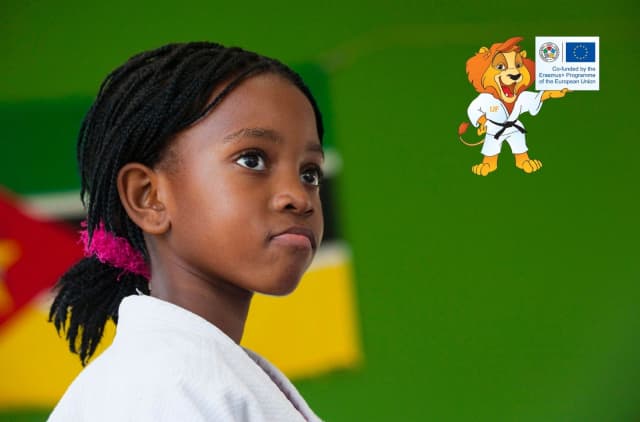 What does it add to your whole judo experience to work in this way?

“At first it was just a sport, albeit one that was important for me. Through SchoolJudo I learned so much more about judo as a non-competitive sport and that was new for me. The pedagogical side was new and connecting children so specifically with the values was special. It could be challenging to go so far beyond just judo techniques and that required a change in mindset to deliver a more full version of judo.”

Do you see the SchoolJudo programmes having a clear impact on children’s wellbeing?

“Yes, yes and yes! It’s a really short answer! For the majority of children I have worked with it has been immeasurably successful; I have seen those with special needs especially affected. Judo creates an environment that allows children to know how to touch one another and do so with respect. Collaboration is also really important, moving away from winning and into building a team spirit that helps everyone ensure the whole group is improving. It becomes a focussed goal for all children to ensure that they and their peers can evolve and with almost a ‘no-one gets left behind’ mentality.” 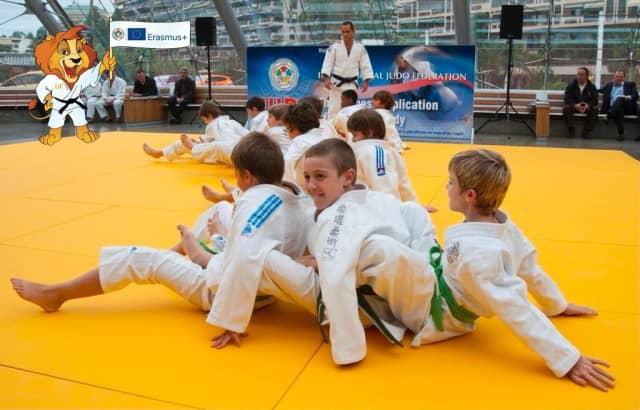 Why is the Erasmus+ project so important?

“It helps us with formalising guidelines and producing outputs that can be used all over Europe. That translation is tricky and this project bridges the gaps. Everyone is committed to the same goals but with different backgrounds and experiences and that makes it a rich working environment and one that our children can benefit from long term.”

Do you have a stand-out memory from your time as an Entertrainer, specific success story?

“At one school, a child was really overly-enthusiastic, with other children a little scared of working with him. As a group we spoke about that and how we could include and manage his character. He was included in the discussion, without judgement. He became accepted by others and gained friends as well as skills. The group became so cohesive instead of being splintered. With the child being part of those conversations himself, he learned to manage his energy and together there were so many positives found. He could see his own behaviour was blocking him from collaborative work but eventually that became his positive contribution as he was always ready to work, to train, to join in and the other children could see that. His energy became motivation for others and they became his guidance and reference for calm. It was a symbiotic conclusion.” 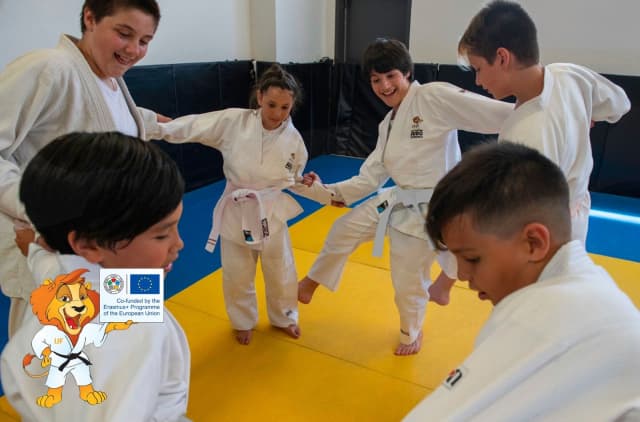 Jimmy’s examples and experiences are a clear endorsement of the philosophy of mutual welfare and benefit and this reaffirms the vision of SchoolJudo.EU.