Written by Jo Crowley on 01. Apr 2022
Photographs by Gabriela Sabau
Share
Florin Daniel Lascau was himself a world champion in 1991 but since then he has made a point of collecting knowledge and experience in all areas of judo, way beyond the competitive track. Today he is IJF Head Refereeing Director having moved recently from his role as Sport Director. Mr Lascau is now heavily involved with the refereeing rules and regulations and the training of the world’s best referees and those aspiring to be and he offers his analysis of day 1 in Antalya. 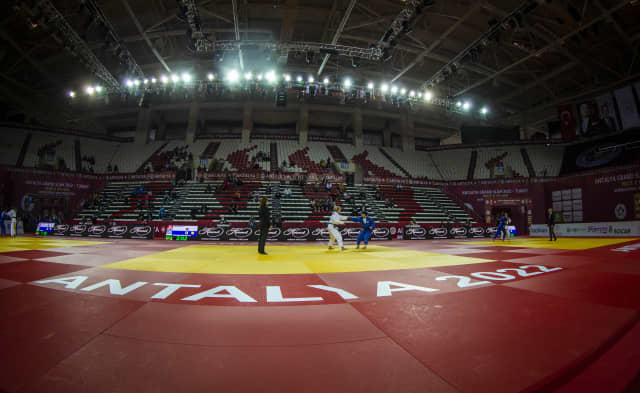 “Taking into consideration the experiences we had at the first World Judo Tour events of the year, we continue with the application of the rules. The first point today is regarding the breaking of grips. We have had a good performance from the referees and here I mean that in the case where an athlete has broken a grip and then held immediately without separation, the referees let the action continue. The opposite was also true, that where athletes broke one or both grips and separated from their opponent, shido was applied correctly. As a consequence, after the first hours of competition we have seen more and more kumi-kata engagements with breaking grips but keeping contact with the opponent.

The second point for the day is the recognition of counter techniques versus jumping or rolling over. Scores have been awarded when legitimate techniques could be recognised as the key reason uke landed in a scoring position. In the case of actions where the judoka who was attacked initially simply jumped or rolled over, without applying any Kodokan technique or variation of, the contest continued using the advantage of position in ne-waza but without the action being considered for scoring purposes in tachi-waza. This is a very important distinction and it has been monitored well today.”

Each category provided interest and for many different reasons.

“The -48kg category had a lot of surprises. From the seeded athletes only 1 arrived at the rostrum: Nikolic of Serbia. She used a very nice kata-sangaku to turn and hold for ippon, a sharp technique that has been well drilled. The ura-nage of the Spanish judoka to beat a very strong Melanie Legoux Clement (FRA) in the bronze medal contest, was so well timed, a throw really produced from feeling and it was rewarded with a bronze medal. In the final we had the two Mongolians, old versus new, with experience winning today. 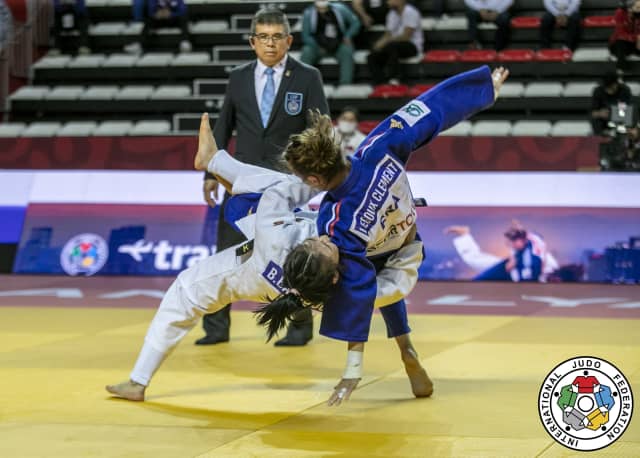 At -60kg Yang (TPE) arrived as an Olympic medallist and he confirmed his high quality judo, using a variety of ashi-waza techniques, well suited to his physique. In the same group we had new and old from Georgia, with the 2019 world champion reaching the silver medal but the younger entrant not making progress, disqualified for using the head to throw. Again the new versus old battle among domestic rivals seems to be significant.

The -52kg category presented two Olympic medallists: Giles (GBR) did not make the final block but her Italian counterpart, Giuffrida, did. The two bronze medal matches didn’t bring spectacular judo, with a lot of shido but the final was very open with a score from Keldiyorova (UZB) early on, but experience and consistency came through with an equalising waza-ari and then Ippon from Pupp (HUN). Seven out of the 8 top seeds stayed in the top 8 at the end of the day showing general consistency among this group of athletes. The younger ones have some work to do to dethrone them. 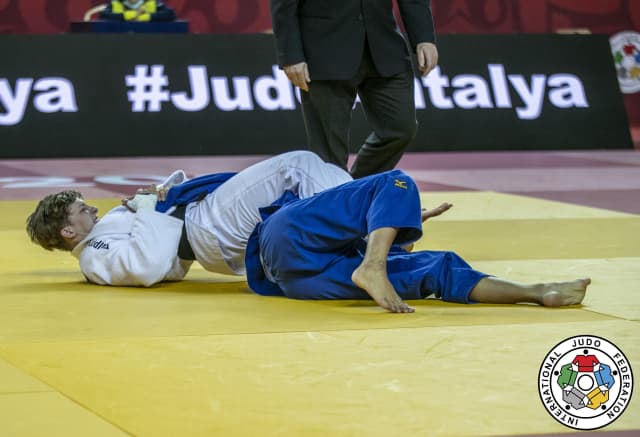 -60kg Olympic bronze medallist in Tokyo last summer, Smetov (KAZ), having moved to -66kg recently, is showing how tough it is to move categories. Even a competitor as skilled and experienced as him couldn’t escape the preliminaries.

At -66kg Nurillaev (UZB) gave us a fantastic display of ne-waza, winning with kansestsu-waza to take the bronze against Yondonperenlei (MGL). The Uzbek’s skills on the floor were so positive that it was easy for the referees to reward such actions with time and eventually the medal. The final of the category should have yielded a similar technical level, between the world number 1 Vieru (MDA) and a particularly well prepared Lima of Brazil but the technical values of each were negated by the other. Shido came into play and Vieru proved his ranking.

For one category to have two world champions from the same country is quite something and this was the case for Canada and the -57kg group. Klimkait showed her consistency, winning by ippon in the final against a strong Olympic medallist, demonstrating that her tokui-waza, the seoi-nage, is becoming stronger and stronger, improving from weak attacks to stronger attacks. Lima (BRA) gave a good account of herself, showing her ability to attack simultaneously with Monteiro throughout, eventually winning with the kosoto-gari. 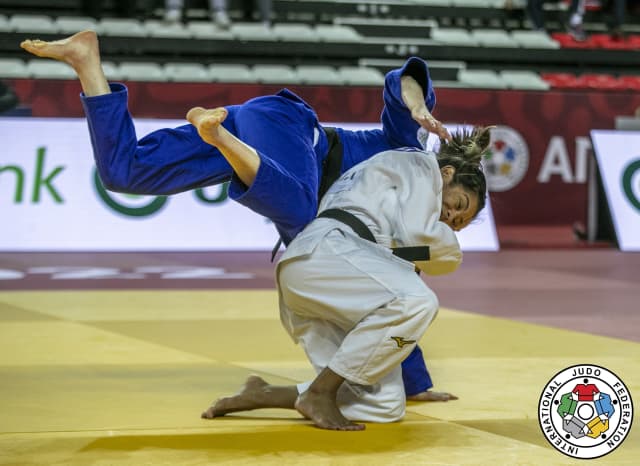 Jessica Lima, world ranking 94, on her way to bronze

We can conclude the day saying that the contests of the final block were decided by judo in both tachi-waza and ne-waza but also by tactics, kumi-kata and shido. I strongly believe that this first day is a continuation of the pathway with athletes and coaches still reacting to and adapting to the new rule updates.”