Antalya is Ready! Are you?

Written by Nicolas Messner, Jo Crowley on 31. Mar 2021
Photographs by Emanuele Di Feliciantonio
Share
Just a week ago all judo fans' eyes were on Tbilisi, the capital of Georgia. They are now aimed at Antalya, on the Turkish side of the Mediterranean, where a new grand slam will take place 1st to 3rd April 1 2021. The delegations have arrived, 93 in total, represented by 442 athletes, as well as officials. The official draw needed to proceed and now it has, so, let the competition begin! 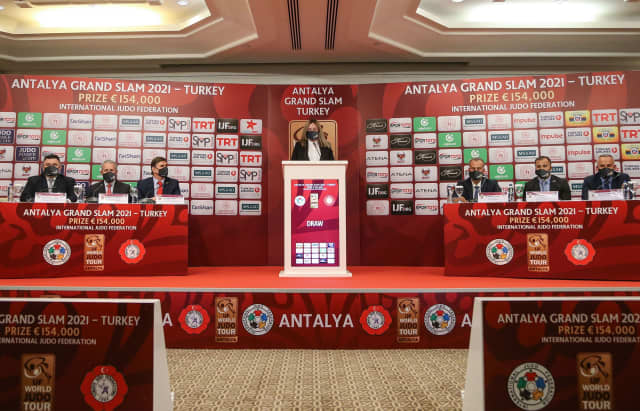 The draw seems like a formality, perfectly oiled and now adapted fully to the global health situation, with all delegations and fans having the possibility to follow it online. At first, a draw looks just like any other and yet, each draw immerses the judo community in the atmosphere of competition. It is the ignition, the beginning of a new phase of excitement, experience and knowledge and the first chapter of a new tournament archive, full of as yet unwritten champions.

There are athletes who don't want to know anything about who they'll meet in the first round; they prefer to focus on their judo. Whomever the opponent, they'll have face them at their best. There are others who need to know who they will face, in order to prepare properly. Finally, there are the coaches who have an obligation to know the order of the contests, because they are the ones who will manage the competitors when the time comes for their charges to head into their first matches. All of this is conscientiously organised, almost scientifically. It is for all these reasons that the draw is always a crucial moment during a World Judo Tour event. 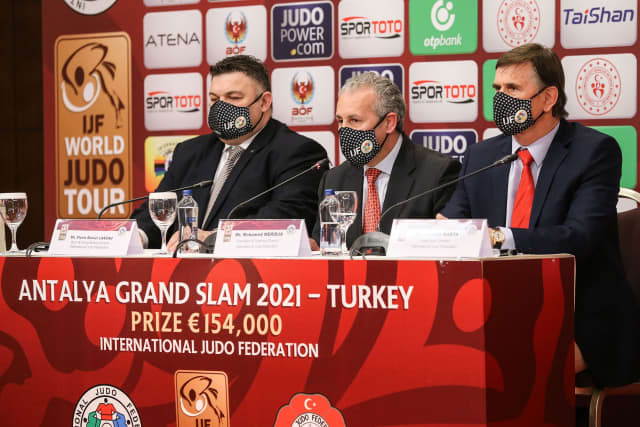 Mr. Mohamed Meridja said, “On behalf of the International Judo Federation and its President, Mr. Marius Vizer, I'm honoured to welcome you warmly to Antalya, Turkey. I want to thank and congratulate the Turkish Judo Federation for all the hard work and effort they have produced to organise this important event. I wish all athletes and delegations a beautiful stay in Antalya."

Mr. Sezer Huysuz declared, “We are really happy to welcome you again to our beautiful city of Antalya. For us the most important thing was to organise a good competition and our special focus was on the athletes who are on their way to the Olympic Games. I wish them a lot of success and a nice time here. I am sure they will go back home with beautiful memories." 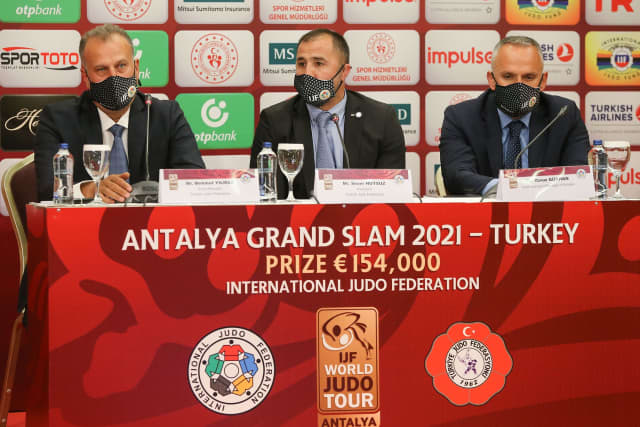 Before the technical aspect of the draw was held, Mr. Florin Daniel Lascau underlined the fact that all referees who will officiate during the event in Turkey are the exact same ones selected to go to the Olympic Games, “It is important to have such a professional group of people."

Dr. Lisa Allan then continued on the theme of professional collaboration, “This Grand Slam is a partnership and the IJF appreciates the support of the Turkish Government, the Turkish Judo Federation and the local sponsors, to whom we are extremely grateful. We thank all the coaches, team officials and athletes for their support, patience and respect for the IJF Covid regulations. Let us continue working together, following the rules, to have a successful event. The safety of everyone is our top priority." 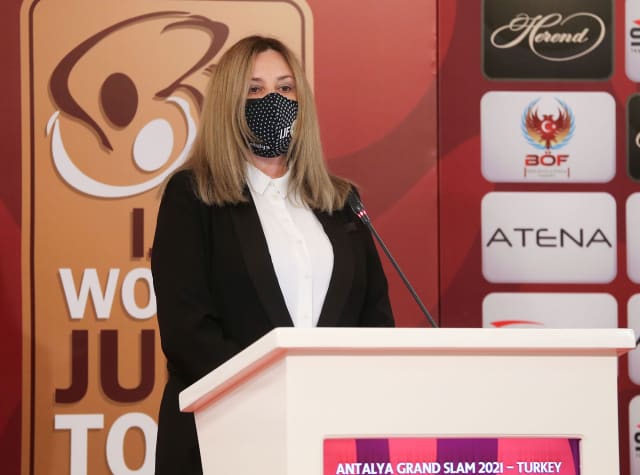 Now that the draw has taken place, all that remains is to enjoy the show that will be presented in the coming days. There are many points still to be collected, places for the Olympic Games to be secured or taken, a final preparation to undertake before the next grand slam, which will be staged in Russia. Then there is the World Championships in Budapest in June, still in the pipeline, still looming and of major significance, not just for the Olympic cycle but also in its own right. Who will leave Antalya with a light heart or a heavy heart? We will know more in the days to come. Stay tuned because Antalya is ready, but are you?