Army and Police at the judo pace

By Nicolas Messner on 27. Mar 2018
Share
The IJF Military and Police commission (MPC) recently had (beginning of March) its annual meeting in Budapest at the IJF Presidential Office. On that occasion the commission members discussed the ongoing projects as well as the future of the commission. This offered us a good opportunity to meet with Stefan MARGINEAN (ROU), Manager of the MPC commission and with Johannes Daxbacher (GER), who was just nominated as the new MPC chairman for the one year to come. 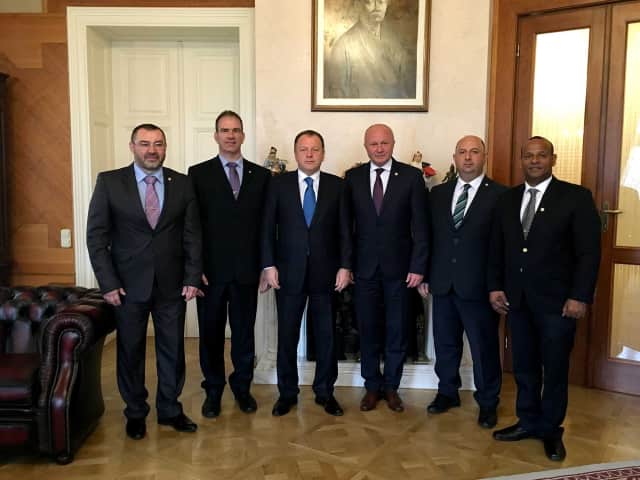 "Thus the MPC is the structure responsible with the implementation of the judo development policy throughout the IMPSO. The idea rooted mainly in the fact that many of the World, Continental and Olympic judo medallists belong to Military and Police institutions. With the creation of the Commission, IJF aimed to facilitate the growth of military sport activities, especially where the needs in judo are stronger, by implementing a management system orientated to training camps, clinics, courses, studies and by providing specific informative instructions and guidance to athletes, coaches.“

Since 2013 the MPC has been involved in the implementation of judo within the Armed Forces and Police Structures in all countries that are interested. According to the results of a statistical survey on the implementation of judo, which was conducted on the CISM (International Military Sport Council) member countries, 55 delegations showed a desire to implement the Military and Police Projects, one of the main goal being to introduce judo as a mandatory sport discipline in the curricula of the military and police educational system.

Stefan MARGINEAN then listed the concrete activities that have been developed by the commission:

• Implementing judo as a basic preparation sport in the Armed Forces and in the Police;

• Organising training camps for young athletes, especially for those who are engage in the military and/or police educational system;

• Grass root and high level courses and seminars for coaches;

To the question, why is it important to develop programmes for the police and armed forces, Stefan MARGINEAN answered: “Through the programmes we can facilitate the creation of new common opportunities that can be beneficial to military and police judoka, who, with their knowledge, can contribute to the development of the technical, tactical and applicative level of judo in the armed forces of the participating nations. It is also a precious benefit for all judoka, who thus can have new professional perspectives. Given that judo is an Olympic sport and the IJF’s strategy is to promote judo as much as possible in the educational systems, we hope that the values and principles of judo will contribute and will be beneficial in the process of professional preparation of the military personnel of all ages and ranks.“ 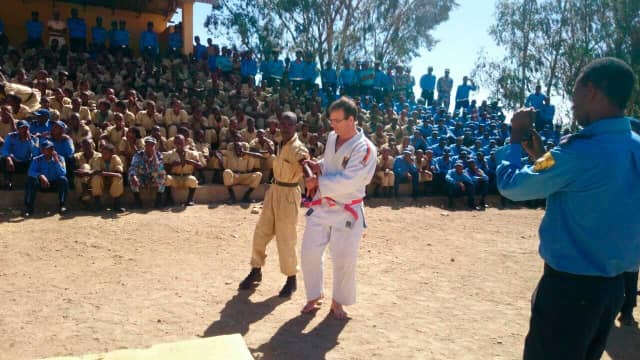 Johannes Daxbacher on the field

The IJF, which has signed important Memorandum of Understanding with the USIP and the CISM, support those international organisations in many ways such as with the definition of a common strategy on social protection of military judoka, competition advocacy, common competition and regulation, control of public procurement. But in a world which looks more and more difficult to live in, judo seems to be the activity that can help to change the society: “The judo values and its versatility as a method of self-defence and self-discipline are in total accordance with those of the military and police and we can formalise the ties between the sport and military sector. Judo is a tool to develop strength, fitness and coordination which are vital characteristics of those who work in this environment. Implementing judo in the armed forces and police structures and consequently using this discipline as a basic tool of training is of utmost necessity. The reason why we believe that the implementation of judo in the training of the personnel is necessary is because we are convinced that the values and principles of judo positively contribute to the entire and continuous process of professional training for all categories of military personnel, regardless of age, gender or rank. We also consider that judo can contribute to the physical development, but also to the mental and psychological stability and emotional equilibrium of the individual.“

Today's goal of the commission is to focus on convincing as many countries as possible to implement the projects and the MPC can provide documentation to every country that is interested. Since 2016 the Military and Police Commission is led by two persons, Stefan MARGINEAN, nominated by the IJF President as the manager and one chairman who is elected by his peers and who represents the Armed Forces for one year and the Police structures the following year.

Johannes Daxbacher, who was newly elected in Budapest, started judo when he was 12 in Königsbrunn, Germany. For him, since the very beginning judo was very different from any other kind of sport: “Judo had, at that time, a partially mystic image and I was so curious to learn about it.“ 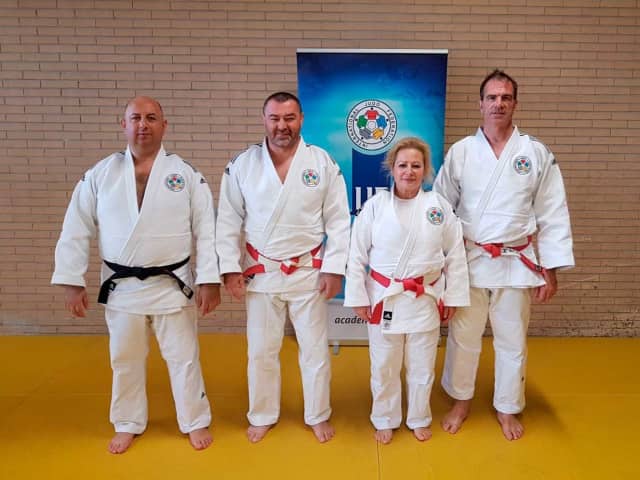 For the German, judo can bring so many positive aspects into the daily police work: “One of them is the physical, mental and psychological dimension, because of the different challenges, that police-officers have to handle every day in duty. In Judo we train to improve our techniques, but we also do Randori (free-style practice) as well as Shiai (competition), in which changing conditions and not always predictable situations are permanent, like in our daily police work.

“Or course, judo is practicable for self-defense and intervention - in police-training and in serious situations. But the aim of Judo is not to ‘destroy the criminal!‘ I believe that Judo and Police have a lot in common, such as the discipline, the rules, the fight for the law, the protection of the citizen or our partner and ourselves, the hierarchy structure, the judogi, the respect for the authority and on tatami for Uke or for the opponent in competition. Discipline in Judo is a part of 'sports education' and in Police / Army a part of ‘business education' and it is basic for the global ‘judo moral code' as well as for human rights. Therefore judo in theory and practice is a great help for solving conflicts. Many conflict situations can be handled with Judo as ‘The gentle way'.

This is a very positive consequence for peacekeeping and when force or violence can be avoided or is not necessary. A smarter police intervention is always wished by the responsible Ministeries for Internal Affairs and it can improve the relationship between the authorities, police and the citizens.

Among the examples where judo can be useful in conflict situations, Jonannes Daxbacher explained: “In the street we face a lot of difficult situations, conflicts are growing faster and faster, also by the loss of respect all over the world. But with a strong practical experience level of judo and theoretical skills we can develop a positive mindset and use our knowledge to make the situation as calm as possible, as well as respectful of the human beings and protective for the human dignity and human rights.“ 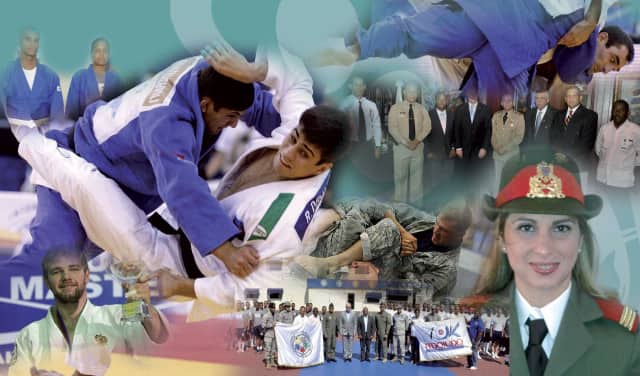 Beside being a Police officer and the chairman of the MPC commission for the one year to come, working hand in hand with Stefan MARGINEAN and the other commissioners, Johannes Daxbacher is also involved in other judo projects: “I have been involved in many countries, such as in Ethiopia, I like it, because I see the positive impact Judo can bring to people all over the world. The implementation of our judo values and to help for a development of a better society is a global goal. Judo can give to young people a great perspective in developing themselves.“

Both men, with their respective background and experience will continue to develop the programmes set up by the Military and Police Commission and make sure the judo values are widely spread all over the world.