Written by Nicolas Messner on 04. Jan 2023
Share
Last year marked the 50th anniversary of judo in Azerbaijan. It is for this very reason that 2022 was of special significance for the Azerbaijan Judo Federation (AJF). Important projects were implemented in the country throughout the year in the spirit of the jubilee. 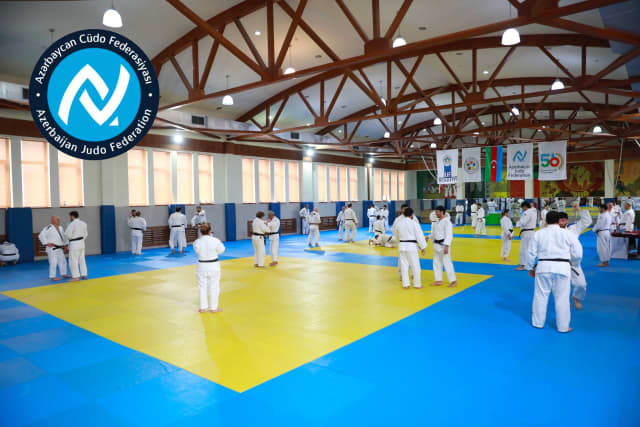 To name just a few, projects were launched in the following fields: massification of judo in the country, raising the level of professionalism of coaches and referees, organisation of international seminars, material and technical support for judo clubs in the capital of Baku and in other parts of the country, building of new dojo environments furnished with state-of-the-art equipment.

Judo masterclasses were held with the involvement of teenagers and children in Baku, as well as Ganja, Zagatala and other regions. Tatami were installed outdoors in the central park areas and local communities were informed about the philosophy, essence and general rules of the sport. These initiatives from the federation were met with great interest by the public.

One of the main activities of the Azerbaijan Judo Federation is to popularise judo among girls and to increase the representation of female judo players in international tournaments. This year, the first ever girls-only judo club in Azerbaijan launched its operations. Girls over the age of six are training in the club and are already winning their first medals. As a result of this initiative, which was very much appreciated by parents, the number of girls practising judo in the club has doubled within a short period. 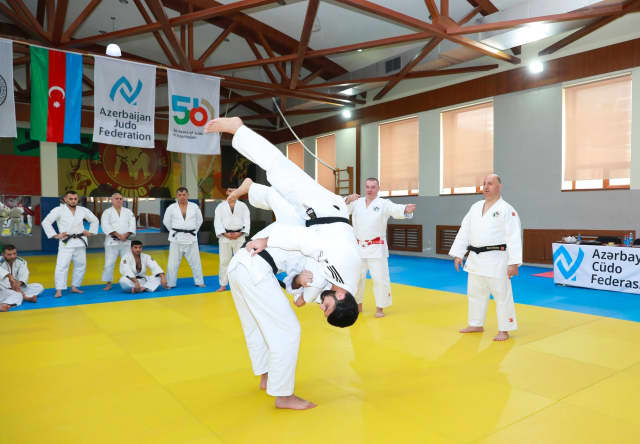 Since the beginning of 2022, the AJF has undertaken comprehensive measures to improve the material and technical support for judo in different regions. Thus, in Sumgait, Ganja, Zagatala, Gazakh, Agstafa, Sabirabad and many other places, new dojo facilities are being built while existing ones are being refurbished. Moreover, so far, about 2500 judo mats, produced by the official supplier of the International Judo Federation, have been distributed among 37 clubs. Thanks to this initiative, approximately 600 athletes will have the possibility to practise judo free of charge. This initiative is planned to be continued in 2023 as well.

The Azerbaijan Judo Federation is making an effort to carry out systematic and consistent programmes to increase the professional level of referees at both national and international levels, including raising the number of A and B category international referees. In 2022, an increase in international referees was recorded with Metin Rahimli, Arzu Acalova and Nazim Umbayev receiving their IJF A licences, while Bahriyya Huseynova and Elshad Asadov received their B licences. This is the first time three referees have received the A licence within one year and includes a first female referee. 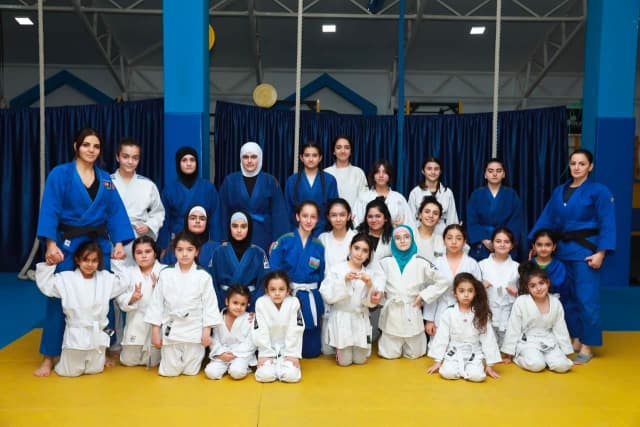 The federation has set clear goals for a successful future and understands very well the significance and importance of education in this sense. The AJF organised the first-ever education and certification programme for judo coaches together with the IJF Academy. In addition to the theoretical part, 3 face-to-face seminars were held where 78 coaches were trained. As a result, in February 2023, Azerbaijani judo coaches are expected to obtain the relevant certificates from the IJF Academy for the first time. As part of the successful cooperation with the International Judo Federation, a seminar for 150 referees and coaches was held at the end of November with the participation of Florin Daniel Lascau, IJF Head Refereeing Director.

The AJF also intends to contribute to the development of sports journalism in the country. Thus, the AJF has announced a competition to increase the number of journalists writing about judo. Also this year, a seminar for sports journalists was organised by Nicolas Messner – the IJF Media and Communication Director. IJF photographers Gabriela Sabau and Tamar Kulumbegashvili conducted training for sports photographers. 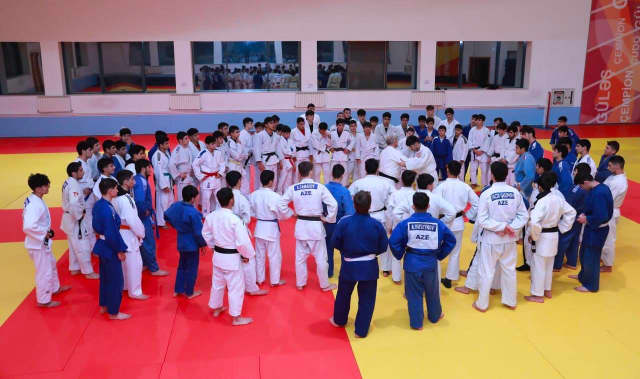 2022 has just ended and as 2023 is unfolding the AJF will continue its work to develop judo in the country and in the region. There will be more and more top level competitors participating in major events but what is mostly interesting is that the development of judo in Azerbaijan is taking place at all levels now and this is for sure the key to success in the long run.