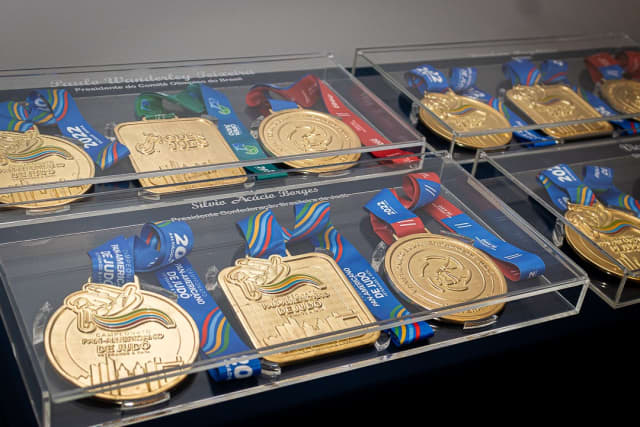 In attendance for this occasion were President of FEBAJU, Marcelo Ornelas, President of the Brazilian Olympic Committee (BOC), Paulo Wanderley, President of the Brazilian Judo Confederation (CBJ), Sílvio Acácio, Secretary of State for sports, Davidson Magalhães, State Deputy, Olivia Santana and Director General of the Superintendence of Sports of the State of Bahia, Vicente Neto, in addition to representatives of other sports federations, the Secretary of the City of Lauro de Freitas, Uilson de Souza, alongside veteran athletes of Bahia. 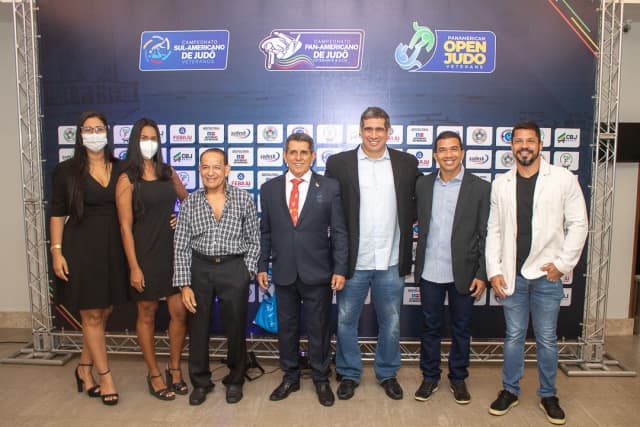 President of FEBAJU, Marcelo Ornelas, highlighted, “We thank the PJC, the South American Judo Confederation and CBJ for the opportunity to make Salvador Bahía once again the capital of judo in the Americas. The support of the CBJ and the local government was fundamental for these four international events to be held in Lauro de Freitas. We work daily for the development of judo and the organisation of these events is a collective achievement.”

The competitions will be held from 11th to 15th May at the Pan American Judo Centre in Lauro de Freitas. For the President of the CBJ, Sílvio Acácio, the events will display the popularity of judo and reinforce a wider development plan.

For those who wish to register and book official hotels for these events, please contact the FEBAJU team by calling (+71) 99125-8163. It will not be allowed to book accommodation outside the official hotels.

Registration of non-Pan-American athletes who wish to participate in the first Pan-American Veterans Open, please contact at [email protected].

News
Brazil and Hungary: New Destinations for the Veterans