BEING NUMBER ONE IS NO GUARANTEE OF A MEDAL IN TASHKENT 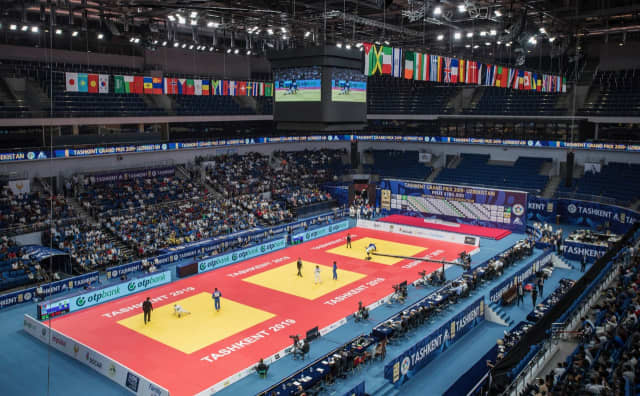 The privilege of being seeded number in an IJF Tour is hard one and jealously guarded. So, it follows that the expectations of being able to medal from such a position are high. Tashkent, however, proved an exceptionally difficult event in which to achieve the goal. Only two of the fourteen number one seeds managed to make it to their respective finals. Kazbek ZANKISHIEV (RUS) -100kg and Guram TUSHISVILI (GEO) +100kg came through tough rounds to do as was expected. But what of the others who started as number one seeds?

Quite a number of athletes were not even able to make it past the first round. This is a measure of the depth in strength that weight categories in judo present and the challenge that they face from competition to competition. Another point to consider how coaches and athletes select which events they will attend. Having chosen an event, and having been seeded number one, it is then almost essential that an athlete finds his/her way to the podium to justify the time and effort in getting there.

Whilst the number one seeds may have had a difficult time of things, it was a slightly different picture for those athletes seeded in the top eight. Apart from the -52kg category (JEONG Bokeyong KOR), all the gold medals were won by athletes seeded in the top eight. By way of comparison the previous Grand Prix (Montreal) saw 7 of the 14 weight categories won by athletes seeded number one. It is worth pointing out that this is the first Grand Prix after the world championships in Tokyo a month ago. Unsurprisingly, a good number of highly ranked players from the IJF WRL are taking a break. All the more reason why those players who managed to find their way to the podium will be pleased whilst those who missed out will feel that a golden opportunity has slipped through their fingers.

Sheldon Franco-Rooks, who was one of the founding members of the IJF live stream, has been a mainstay since the birth of the IJF World Judo Tour in 2009 and has commentated on hundreds of IJF events. Franko-Rooks also commentates for the EJU and has worked at three Olympic Games.