Written by Nicolas Messner on 12. Oct 2021
Share
Bhutan celebrated the inauguration of the first purpose-built judo dojo in the country, on 9th October 2021. Due to the pandemic, the inauguration was conducted online, with participants attending from Bhutan, Japan, India and Europe. 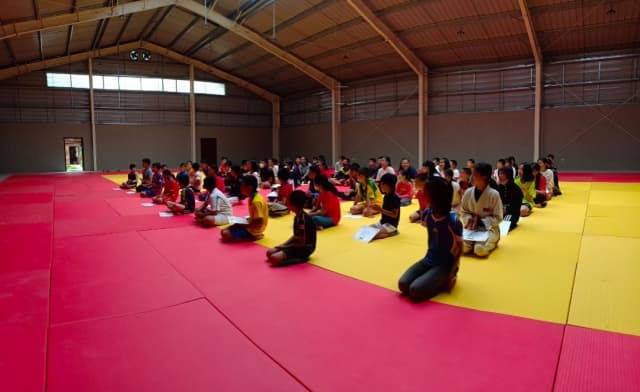 The Foreign Minister of Bhutan, Lyonpo Tandin Dorji welcomed the Ambassador of Japan, Mr. Satoshi Suzuki, to Japan, who attended from New Delhi. The Kodokan President, Haruki Uemura, connected from Italy and AJJF President, Yasuhiro Yamashita, from Japan. Many other guests attended from different parts of the world to witness the historic occasion.

Ambassador Suzuki recalled that the King of Bhutan, His Majesty Jigme Khesar Namgyel Wangchuck was passionate about judo while he was a Crown Prince and felt that the strength, self-discipline and non-aggressive nature of judo was suited to the Bhutanese spirit. President Uemura expressed his satisfaction with the new milestone in the development of judo in the region. He also expressed his keen desire to visit the new dojo very soon.

President Yamashita remarked on how much change Bhutan Judo had gone through since the early days when he heard of Bhutanese judoka training on mats in the courtyard. He congratulated the Bhutanese Judo Association (BJA) for their tremendous achievements in a short period of time. 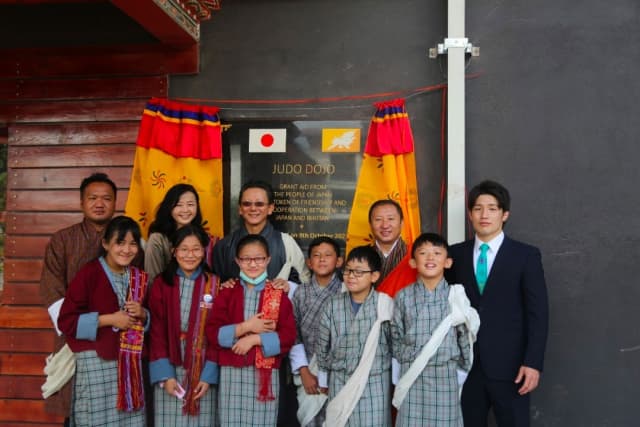 Professor Yamasaki, who supported the Bhutan Judo Association in recruiting the first judo coach in Bhutan, spoke about the history and growth of judo there. Professor Yamasaki also pondered over the question of ‘what makes people happy?’ He concluded that pursuing the happiness of others, not just one’s own, led to happiness. In that sense, the ideal of jita kyoei must therefore lie at the heart of happiness.

President Kazuo Ichino of the Kobe Bhutan Friendship Association expressed his happiness when seeing the new dojo. KBFA has been an active organisation supporting many Bhutanese projects.

Ngawang Namgyel, who participated at the Tokyo 2020 Games as Bhutan’s first judo Olympian, spoke about his experience on the big stage and his judo journey in the future. 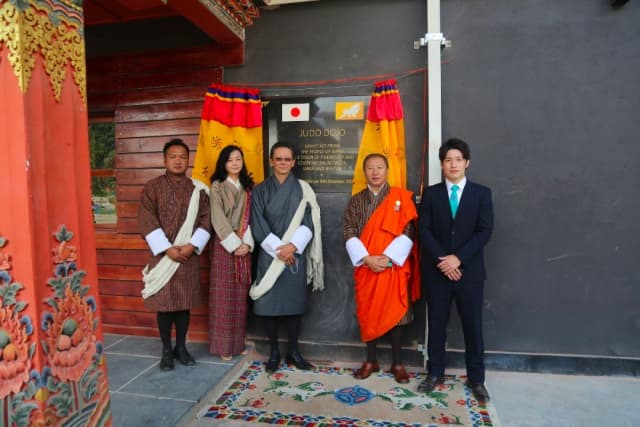 "I am a judoka from Bhutan. I had the good fortune to be able to compete in the Olympic Games judo competition earlier this year in Tokyo, Japan. Today, on the occasion of the opening ceremony of our new judo hall in Thimphu, Bhutan, I am happy. I would like to start by expressing my gratitude to everybody who helped the Bhutan Judo Association and me personally, by giving us the opportunity to represent our country in the greatest sporting event in the world, the Olympic Games. This has been a tremendous experience and a once-in-a-lifetime opportunity for me. Therefore I extend my heartfelt gratitude to the IOC, the NOC the IJF, the AJJF, the SEISA Group of Japan, the BJA and the founders of judo in Bhutan, Mr. Karma Dorji and Madam Rie. I would like also to thank my coach, Sensei Yusuke Utashiro, for his support, hard work, enthusiasm and patience. 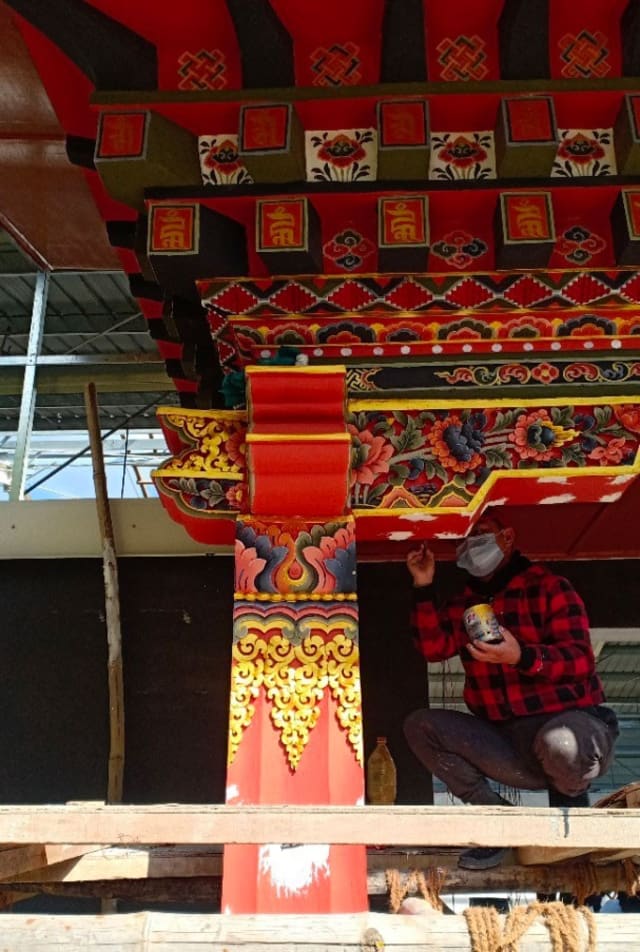 Thanks to all the former coaches who helped me get started with judo and brought me to where I am today: Sensei Michihiro Yamasaki, Sensei Yoshihiro Horiuchi and Sensei Miyu Uchida. Of course, Sensei Pema Dargay of Bhutan, who has been with me throughout my 10 years in judo, special thanks to him. Thank you also Ms Sabrina Filzmoser, a 4-time Olympian, Austrian Judo team captain and international ambassador for judo, for her long-time support of judo in Bhutan and the Himalayan region. Her support for our team has opened up so many opportunities for us and we remain forever indebted to you.

If children and youth train in judo, they will not only find it a fun activity, they will also inculcate a sense of self discipline that will keep them engrossed, allowing them to make better use of their time. In the process they are improving their physical and mental health as well. 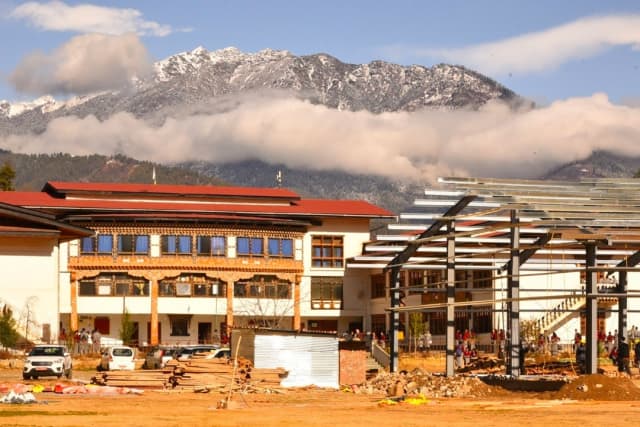 In earlier years, judo in Bhutan was not at all developed and was an unknown sport in our country. However, with the continued effort and support provided by our founders, Mr. Karma Dorji and Madam Rie, more people know about judo in Bhutan now. We, the members of the Bhutan Judo Association, will strive to spread judo in a proper manner all over Bhutan in the years to come.

The new dojo is almost 3 times larger than the old dojo at Pelkhil School. With space for two contest areas, it is large enough for judoka of all ages and levels to train together safely. To keep the budget small, the dojo design was kept very simple but with the possibility to upgrade later. The porch at the entrance, that stands before the more modern structure, was built with traditional Bhutanese architectural details. Those details are based on the timber construction system used all over the country.

For the moment, Bhutan counts two judo clubs. The second club is at Zilnon Lower Secondary School and does not have a dedicated dojo yet. It is certain that the new dojo will help the development of the sport in Bhutan.”