Burundi: Beyond the Difficulties

Written by Nicolas Messner on 20. Aug 2020
Share
Imagine the small town of Tangara, located on the middle of Burundi, in the Ngozi region. Between 1,700 and 1,900 metres above sea level, a few degrees of latitude below the equator, Tangara is above all known for the quality of its coffee plantations. The environment is rural, as in many places in this area of Africa. It is hot all year round. The hills echo with the laughter of children whose playground oscillates between the red of the earth, the green of the vegetation and the blue of the sky. We are far from the hustle and bustle of the capital city of Bujumbura, with its automobile traffic and fast-paced life. Here, time is suspended, simply punctuated by the calendar of the Earth. It is not really the place where you would expect to find a judo club and yet... 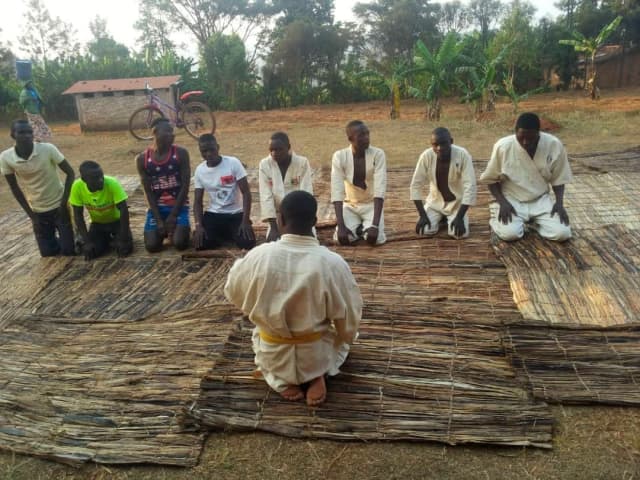 Since November 2019, the Tangara Judo Club has emerged within the premises of the Lycée Communal Maranya. Valery Manirakiza, President of the Burundian Judo Federation explains, “Judo is education above all, hence our interest in reaching as many people as possible. This is how we have developed a proactive vision. We have organised awareness sessions in different places, with the support of the students of the Bujumbura Sports Institute. Tangara is a very good example of what we are doing."

From the small club, it is the children of the whole area as well as other schools (Lycée Communal Nyabigima, Lycée Communal Musebeyi and School of Excellence Musenyi) who can gradually discover judo and the joy of practising.

Yet the conditions, for those who are used to the modernity of European or Asian dojos, are precarious. Sometimes it is necessary to find recourse in imagination but the passion outweighs the challenge. In Tangara there was no tatami. This did not prevent the local judoka from making some with banana peels.

President Manirakiza continues, “For the moment, we are finding temporary solutions, until we can provide more lasting answers. Given the conditions, you sometimes have to adapt your training. There is no choice. The main thing is to launch the mechanics and generate interest. We have implemented a teacher training system. We regularly visit the clubs to strengthen the skills of the teachers as well as those of practitioners. We have to adapt to the conditions on the ground. It's not always easy, but the results are there and we are very proud of it." 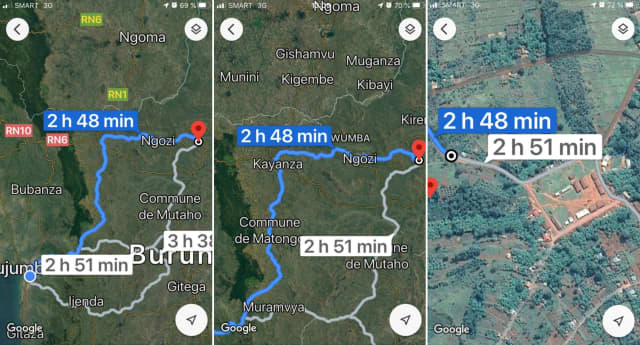 Tangara is located almost 3 hours from Bujumbura, the capital city of Burundi

It must be said that a decade ago, there were less than ten clubs in the country and just a few years earlier, at the end of the civil war, which mourned Burundi for a long time, judo had almost disappeared, only kept alive by a few die-hard enthusiasts, who were behind the revival of the discipline. "We want judo to be practised throughout the country. Our youth need it. There are 129 municipalities in Burundi. We are present in half of them to date. In just the last two years, more than thirty new groups have emerged," says Valery Manirakiza.

From the very beginning of the 2000s, when judo had been reduced to its bare minimum, it was revived, at the start in Bujumbura and then gradually, through the network of schools and PE teachers, in the whole country. In 2008, the Turikumwe (Tous ensemble) project joined the Judo for Peace commission of the International Judo Federation.

Over the years, several deliveries of equipment have been sent to this region of the great lakes of Africa, containing sports equipment obviously, but also educational and medical equipment, to support the local populations. The federation developed and today it regularly demonstrates its dynamism and desire to spread the values of judo, notwithstanding the ever-present economic and social difficulties.

"The major problem remains that of having adequate materials, which is expensive in the context of Burundi and which is transported not without difficulties. We must also work hard to have competent personnel. We are inventive and we have the full support of the International Judo Federation, by our side since the beginning,” concluded the President.

One could be sad to see young judokas training on banana straw tatami. It is quite the opposite in fact because it gives a fantastic ray of hope, hope for the youth of Africa and the whole world. Judo is the way of adaptation. What could be better than the little Tangara Judo Club to illustrate this?

News
Friendship Games are bringing together Burundi, RDC and Rwanda