Written by Pedro Lasuen on 30. Apr 2022
Share
There are people bent on changing the established order and for that to happen they have to eliminate the best. On Saturday, in Sofia, a large-scale hunt took place. People had to be very careful because the favourites were trading very high and the city was full of bounty hunters. 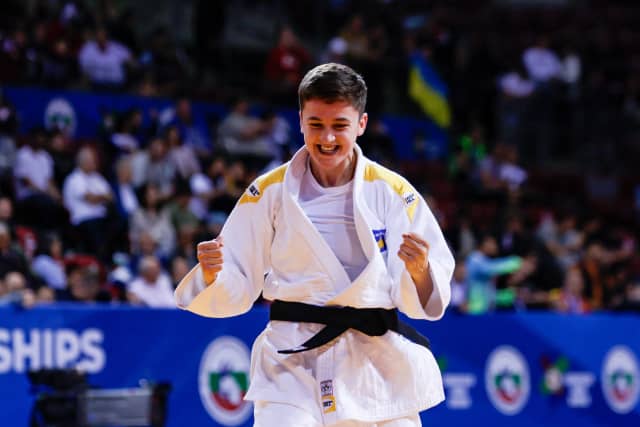 We had the impression of watching The Godfather with Michael Corleone ordering the heads of the other families to be suppressed. The top three seeds, Lucy Renshall, Magdalena Krssakova and Andreja Leski, were ambushed to death. The fourth, Szofi Osbas, lasted a while longer, but in the semi-finals she also ended up in a ditch. The Godfather was rather The Godmother; there were actually two of them and they had no Sicilian blood.

Gemma Howell, British through and through, and Laura Fazliu, protégée of the immense Majlinda Kelmendi, organised the rebellion, a masterfully perpetrated coup. They did not take prisoners. Fazliu triggered the operation by eliminating Kerem Primo and Lucy Renshall. The rule was to immediately finish off the strongest ones. Gemma Howell cleaned up her part of the board by getting rid of Andreja Leski and Szofi Osbas. With these two holsters in the final, no-one dared to make predictions. Howell was better for being more experienced and completed the plot with the gold. Fazliu expected more, although she has the time and Majlinda's wise advice to put herself among the best for a few years.

Ozbas and Gili Sharir, from Israel, completed the podium. 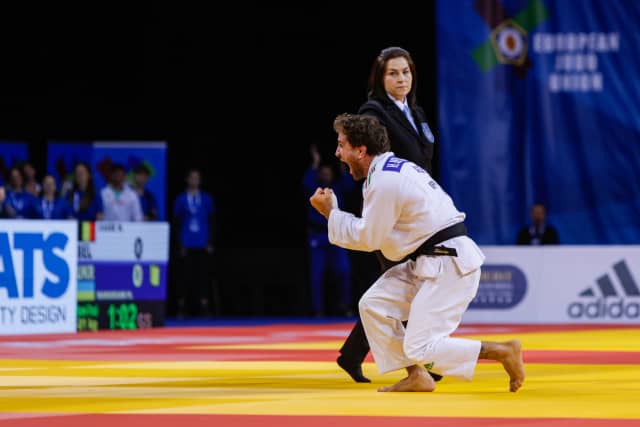 If anyone thought that the men would be exonerated from the operation, they were very wrong. Lasha Shavdatuashvili, Tohar Butbul, Victor Sterpu, but also Rustam Orujov and Fabio Basile, fell like flies. The rebellion was unleashed and there was no way to stop it. There was one man that managed to escape, perhaps he smelled the trap. His name is Hidayet Heydarov, from Azerbaijan. With many difficulties, a lot of golden score and a lot of nerves, Heydarov reached the final as if it were the safest refuge, but there was already someone inside and not just anyone, but the head of the conspirators and this one did have Italian blood: Giovanni Esposito.

Heydarov started badly, with two penalties and the crowd against him. Many others would have given up. He didn't, he hadn't suffered all day to give up. He only made one attack, not needing any more because they were in golden score. It was an attack that decapitated the coup, at least in -73kg.

The first bronze went to the Bulgarian Mark Hristov, unleashing an explosion of joy in the stands. The second went to Orujov, closing a day that, in the end, was far from being dramatic for Azerbaijan. 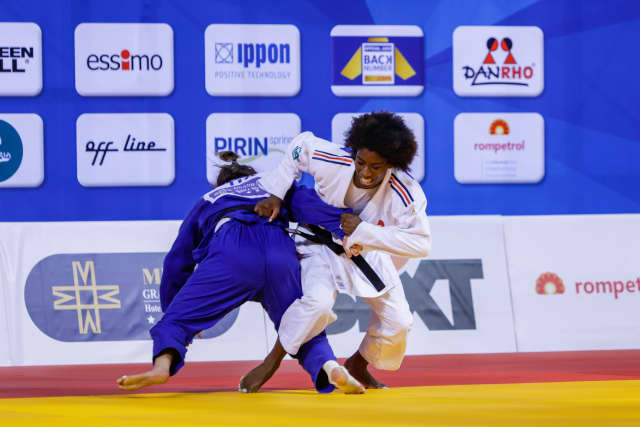 One thing is theory and another is practice or, as the Romans used to say, si pax vis para bellum. The resistance organised itself as best it could, as quickly as possible, but without rushing. Two last casualties were recorded before and they were not minor. There was no mercy for world champion Barbara Matic and no solidarity between French women, when Marie-Eve Gahié pushed Margaux Pinot out of her way. Gahié came from far away, she who lost her status as favourite for every title the day after proclaiming herself world champion in 2019. She has returned and is eager for revenge. In the final she faced the Dutch Sanne Van Dijke, in what was an exact representation of what was happening, some storming the palace and others defending the last possessions.

Gahié scored waza-ari in fourty seconds and managed the advantage until the end. That victory meant a second European title. No doubts Gahié is the new boss.

Pinot won the bronze, as did Anka Pogacnik, who premiered on the medal table for Slovenia.

Do not make the mistake of believing that the revolution has totally triumphed. In this category it was rather a failed attempt, among other things, because this is a weight that is used to changes in the hierarchy. It is a wild territory, where to reign it is necessary to be more evil than the evil ones and the bosses here are, for a year, the Belgian Matthias Casse and the Georgian Tato Grigalashvili. They offer completely opposite styles, different ways of managing their own forces. The first is rigorous, resistant as an oak, discreet and efficient. The second is a permanent explosion, fireworks as beautiful as they are dangerous to handle and sometimes he even ends up being a victim of his own exuberance. Casse already has a world title in the senior category. In Sofia he was looking for the European crown to dedicate himself entirely to the conquest of Olympic gold. The Belgian did not have a quiet day, especially in the quarter-finals against the Spanish Alfonso Urquiza Solana and in the semi-finals against the Ukrainian Hievorh Manukian. In fits and starts, but alive after all, he closed the castle door waiting for the one who is on his way to becoming, if not already, his lifelong adversary.

Grigalashvili was the only big favourite who passed through the front row as if he was amused by what he saw. He advanced through ippon, but the problem was that this final was the last bastion, the stronghold of Casse. In last year's world championship final, Casse was more intelligent, so he's the one wearing the red patch on his back. However, Casse's problem was that there is no obligation to repeat things to Grigalashvili and he's not one to stumble twice on the same stone.

Neither of them went off script, the Georgian attacking and the Belgian waiting but, if in the past world championship Casse won, Grigalashvili did not fail this time. We already said that it is not necessary to repeat the same thing twice for him. It’s a first gold for Georgia in Sofia and a first major title for Grigalashvili.

Belgium presented a double helping of talent with the presence of Sami Chouchi, a compatriot of Casse and a great friend of Grigaslashvili. Chouchi won the bronze, illustrating that he has a high level, but is still behind Casse. As for the last bronze of the day, it went to Attila Ungvari, from Hungary.

Editorial
Don't Cry For Me Kosovo