Written by Pedro Lasuen on 29. Apr 2020
Share
Africa cannot be explained. You must have lived it. It is a land as generous as it is hostile, as hard as it is kind. It is one of the two lungs on the planet, with almost a quarter of the world's population, the majority being young. It is a continent that needs help, now more than ever. 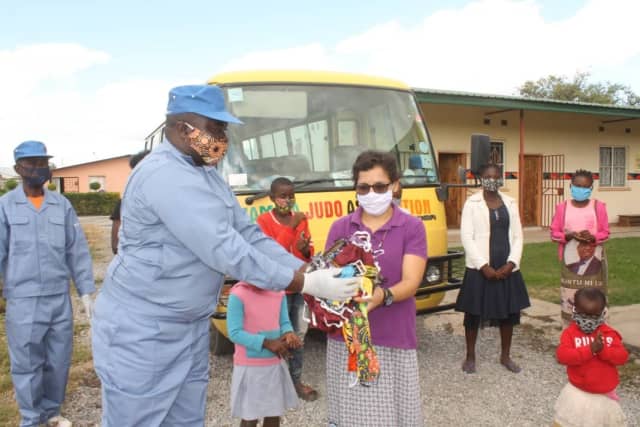 We know that the planet is confined, the world economy is stagnant and that fear and concern for an uncertain future have settled in the homes of millions of people. In critical situations and to avoid chaos, we must use the old recipes, adhere to the principles that differentiate us from beasts. Sacrifice is the first order. Staying at home and abiding by the security instructions, while avoiding our right to freedom is a very high price, but necessary. However, we cannot give up courage. Precisely, when you have little or almost nothing, generosity is our reason for being. Being brave is also giving what little one has. We say again, Africa needs help! There is an unfair information gap, with Africa’s situation not making it to Western news. Each country has pressing problems, all trying to beat the pandemic, each one in its own way. The risk of contagion and death in Africa is much higher than in Europe and it is not enough to know and just regret the problem. We want to help, as much as we can, with what little we have, which is already a lot. No company, no individual escapes the economic impact of the pandemic. Everyone is affected. Courage and effective solidarity must make an appearance now because we cannot abandon a billion people and because to do so would be to turn our backs on our principles. We began with the production of masks, made by Africans themselves, to create a positive dynamic that combines infection prevention and economic momentum. It is the right thing to do and starting the operation is a brave act.

You can also contribute and donate at: https://donation.ijf.org

Tags African Judo Union Judo for Peace
See also
JUDO FOR PEACE
Behind Each #WhiteCard, There is a Story