Written by Nicolas Messner on 21. Sep 2018
Share
If you cross Daria Bilodid (UKR) in the street, it's a safe bet that you will not believe your eyes on learning that the girl is now world champion ... in judo, in the senior age category. With her lanky and apparently frail figure, in appearance only, she would undoubtedly make you think more of a classical dancer than a terror of the tatami. However, Daria brilliantly won the world title on the opening day of the 2018 World Judo Championships in Baku, outperforming all her opponents, without shaking, and demonstrating both mental and physical maturity. 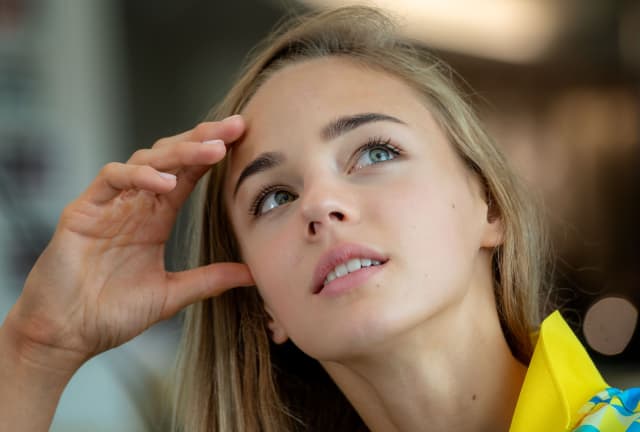 At the sight of her latest results, many promised her a bright future, but to think that she would take the lead with so much control, there was a step that was not obvious to take. The day after her world title, we met the young woman, who arrived accompanied by her coach, who is, out of the dojo, none other than her mom.

Bearing the flag of youth, and a big smile hanging on her face, Daria lent herself with amusement and seriousness at the same time, to a cross interview between her and her mother, Svitlana, the latter quickly explaining that she would never have imagined one day to see her daughter climb on the highest step of a world judo podium: "My dream was to see Daria become a great champion of Rhythmic Gymnastics, but judo, never."

"I was doing rhythmic gymnastics when I was younger," said Daria, before adding: "One day, while mom was a judo teacher, I tried this sport and after the very first session, I went out of the tatami telling everyone that from now on judo would be my whole life." The pretty blonde was right and without losing her gymnast elegance, she became in just a few years, the best judoka of her generation, ready to challenge any opponent whether they are reigning World Champion (Tonaki Funa, JPN) or reigning Olympic champion (Paula Pareto, ARG).

But if you want to find an explanation for Daria's success, you should witness the fusional relation which binds her to Svitlana. Coach, mentor, role model and especially mom, she is there in each stage of Daria's life, accompanying each of her moves and vibrating to each of her fights: "I was petrified to know that my daughter was going to enter the tatami for a world title, but I did everything not to show it. I knew deep inside that she could do it, and that's what I told her as she went into the arena: You can do it, my daughter!" 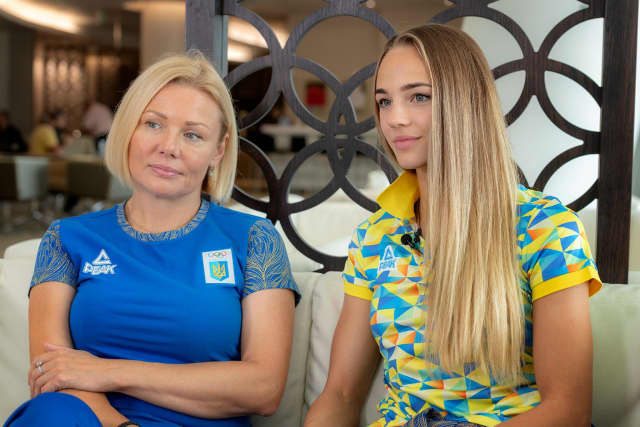 Daria does not hesitate to say that without her mother nothing would have been possible: "She is the best coach there is. She knows me so well and all my opponents. She knows every detail of my personality. She manages to motivate me as no one can do. She knows what I need at all times. Whatever the time of day, she is always both my coach and my mom. I can not tell the difference."

At the height of her seventeen years, Daria seems to be enjoying her life as a new world champion and both she and Svitlana are not yet able to really realise what they have accomplished, because it is certain that Daria totally associates her mother with her coronation: "Mom, do you realize that from now on I will have a red back number, that of the world champions?", asked Daria to her mum without getting an answer...

Before leaving they both promised not to change anything; one will remain the daughter and the other the mother, but it is guaranteed that we will see them again often on the international circuit. The future will tell if Daria Bilodid has opened in Baku the book of a very long history in the world of elite judo.