Day 1: Ukraine Come Out on Top

Written by Jo Crowley on 08. Nov 2022
Photographs by Gabriela Sabau
Share
From the first contests of day one at the IBSA World Judo Championships, the action came thick and fast with each and every competitor keen to score early and dominate their first matches. Notable names graced the mats, including world and Paralympic medallists.

The J2 -73kg category brought high level matches from the very beginning. Huseyn Rahimli (AZE), Paralympic champion from Tokyo at -81kg had a bye and then in round 2 fought against Keto (JPN) and it was quite a spectacle. The home athlete threw for waza-ari early on but the Japanese competitor wasn’t willing to accept defeat and immediately rolled over Rahimli with a super-powerful sode-tsuri-komi-goshi, initially given ippon. Upon review the score was downgraded to waza-ari and that reprieve offered the wearer of the gold backpatch the chance to show his true level. In the next exchange Rahimli took no chances and threw again to win the match.

In the quarter-final he was superior throughout and forced two shido against Orazalyuly (KAZ) but with only 20 seconds left on the clock the Kazakh launched into Rahimli with an unexpected right-sided uchi-mata putting himself squarely in the semi-final and leaving the Paralympic champion in shock. 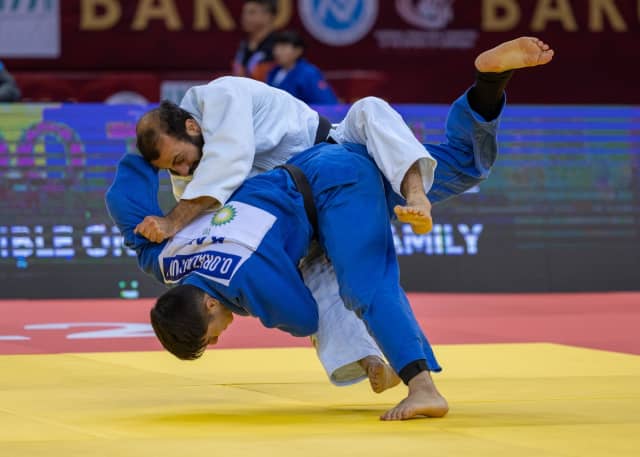 Kornhass (GER) had to put up with a repechage match against the Tokyo champ but despite looking like the underdog, he certainly didn’t make it easy for Rahimli. In fact, with only a minute gone, he came across the front, not for the first time and without hesitation but the Azeri felt it coming and rolled through with a very low ura-nage, which was awarded ippon. The owner of a Paralympic gold medal moved swiftly into the next round of the repechage.

Elsewhere in the same category, Sergio Ibanez (ESP) was warming up, with a Tokyo Paralympic silver medal in his pocket from the lower -66kg category, a judoka who can often be found competing in sighted events such as EJU Cups. There was great expectation placed on him in Baku, but at this worlds he went out in round two, held down by Abasli (AZE). This was a surprise for him and for others, dropping him into the repechage. He made light work of his next contest but still needed two more wins to earn a bronze. Thankfully, for both, he and Rahimli were fighting for opposite bronzes. Ibanez went on to win his next contest against Shelia (GEO) to move into the final block and have the chance to win bronze.

As much as Rahimli didn’t expect to be fighting in the repechage, neither did Kaldani (GEO), the number 1 seed, and when they clashed, leaving Iran and Kazakhstan to fight the semi-final instead of them, Rahimli kicked things off with a waza-ari in the first 7 seconds, hoping for ippon and knowing that the remainder of the contest would be a hard physical slog without it. However, he held his nerve and towards the end of normal time he flew into a huge ura-nage to finish the match. Azerbaijan went to the bronze medal match and Georgia went home empty handed. 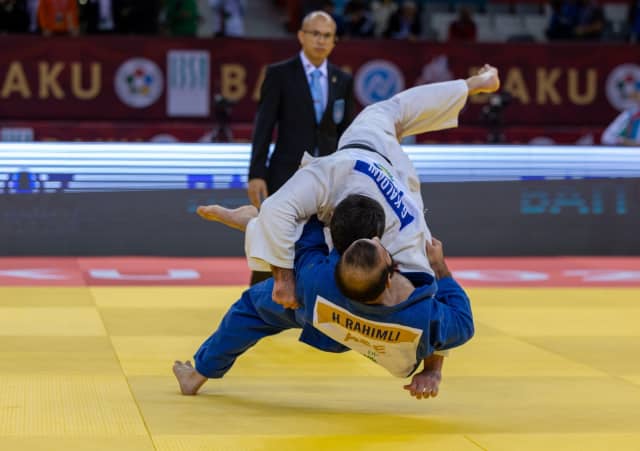 Rahimli winning against the number 1 seed

The first bronze saw Rahimli lose to teammate Abasli on the ground and leave what should have been another career highlight of a day, without a medal.

The second bronze medal was won by Orazalyuly who threw Ibanez without charity, a spectacular way for the Kazakh to finish his day, after also beating the Paralympic champion earlier. He only slipped up in the semi-final but was otherwise one of the biggest throwers of the day.

73s continued to provide excitement also In the J1 group, for those who are totally blind as opposed to those in J2 with varying degrees of visual impairment. In the quarter-final between 2021 Paralympic bronze medallist Bologa (ROU) and Pereira Arruda (BRA) there were some fireworks with the non-stop pull-and-attack style employed by both. It led to many breaks in the flow but both seemed happiest when starting again with the grip back on the opponents’ jacket. Bologa looked frustrated, unable to get the purchase needed to have an impact on his opponent with his low techniques but eventually, with only 30seconds left on the clock and with two penalties against him, he took his chance on the floor and strangled the Brazilian to move into the semi-final. 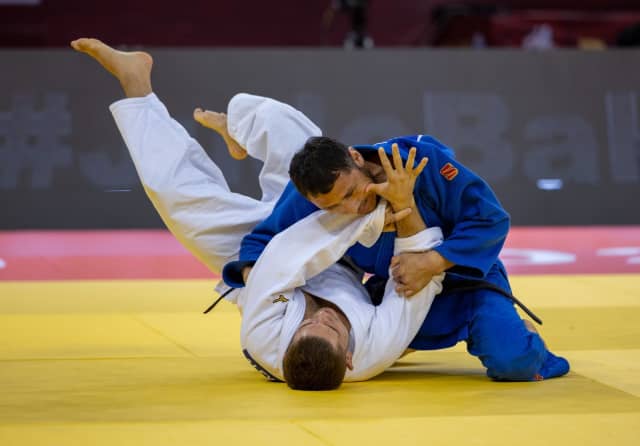 Shamey (KAZ) then did the unthinkable in the next round and caught Bologa on the floor inside the first minute, also with shime-waza. The whole arena was sure the Romanian would make it to the final, maybe even to the top spot but Shamey thought differently and held the group favourite down to reach the final.

In his bronze medal contest Bologa left nothing to chance, not allowing Gokce Yavuz (TUR) to get close at all, all the while putting in damaging attacks of his own, two of which scored waza-ari to end the match and put him on the podium, just a little lower down that he’d have liked.

J2 -57kg quarter-final between Gonzalez (ARG) and Sych (UKR) showed an immediate dominance from the latter, with strong grilling and also the stronger attacks of the two. It didn’t take long for white to be penalised twice leaving the Ukrainian not needing to do too much to get the win. However, wanting to throw was a clear aim and she continued to pile the pressure on with the high left hand and it proved fruitful with ippon being awarded, unsurprisingly, bringing her a place in the semi-final. 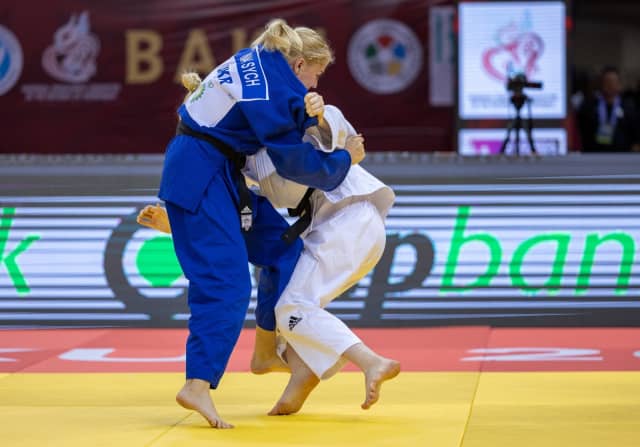 Sych’s semi-final went much the same way, only faster. She dominated the gripping against Breskovic (CRO) and within a few seconds had turned her to the floor for a hold. Sych has made it look easy all the way to the final. That last contest though, did not go to plan for the Ukrainian. She began as before with dominant gripping and fast attacks but Celik (TUR) had done her homework and was ready for every offensive, eventually throwing her for ippon just before the end of normal time. Celik arrived wearing the red batch of a world champion and left Baku with it in tact. 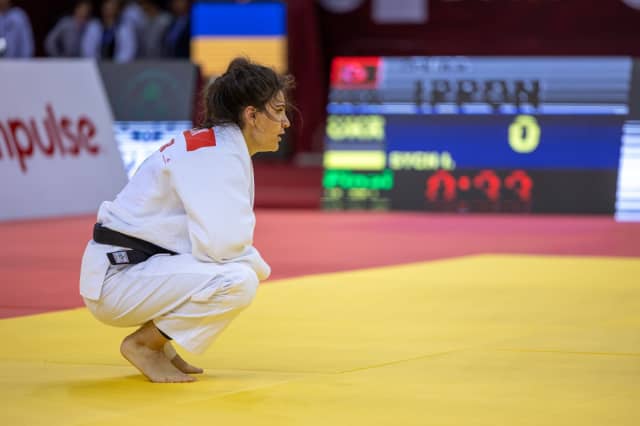 Beyond the names already mentioned, there were many stand-out performances. We saw the very experienced and well decorated French Paralympic star Sandrine Aurieres Martinet blast through the early rounds of the J2 -48kg category, a sure-fire gold medal winner in the making, but in the final she came up against a determined Kazakh who wasn’t interested in previous medals or statistics and she threw the Frenchwoman twice to take the first prize. In the same category Hajiyeva (AZE) managed to win a bronze medal, much to the delight of the home crowd, to add world bronze to her Tokyo Paralympic gold.

The final highlight comes from the J1 -57kg category where, in her bronze medal contest, Liana Mutia (USA) executed the fastest Nippon win of the day, throwing her Canadian opponent immediately after hajime with a seoi-nage that was impossible to defend. 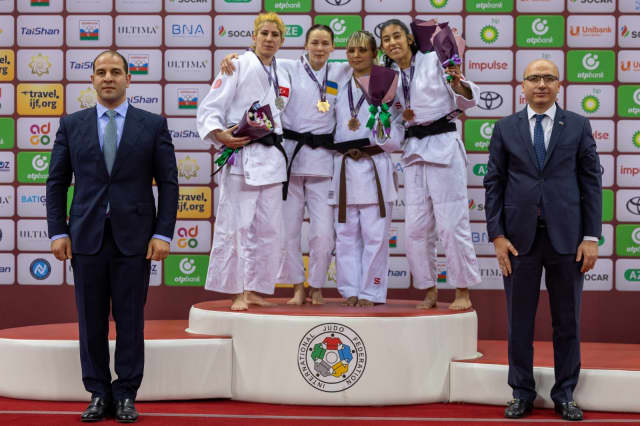 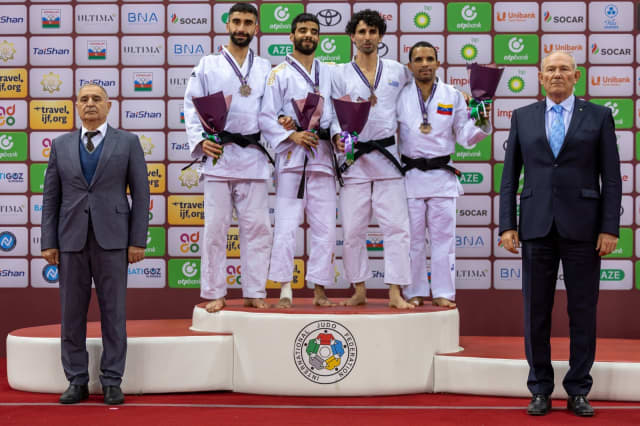 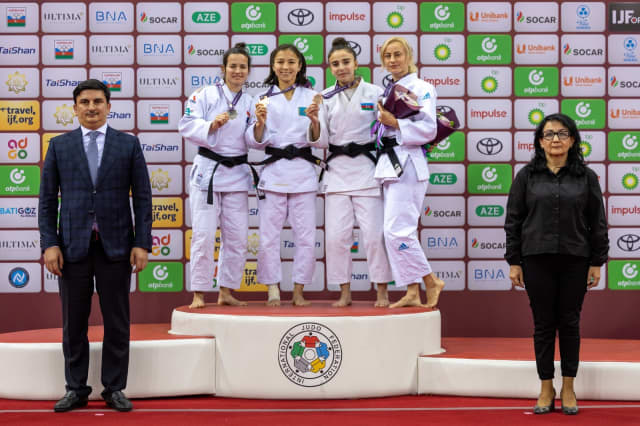 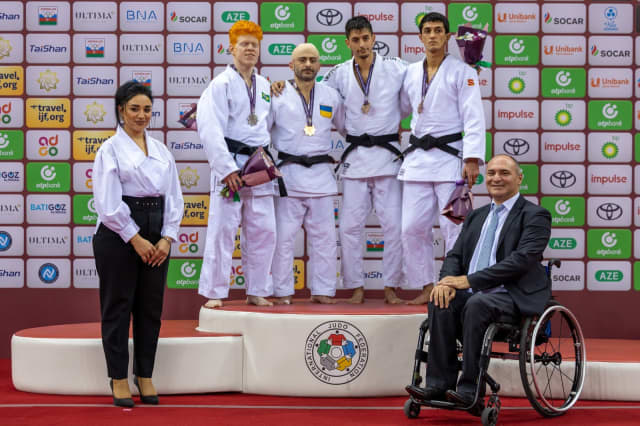 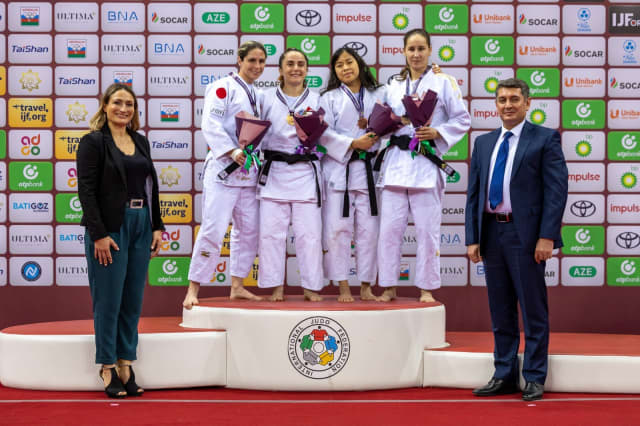 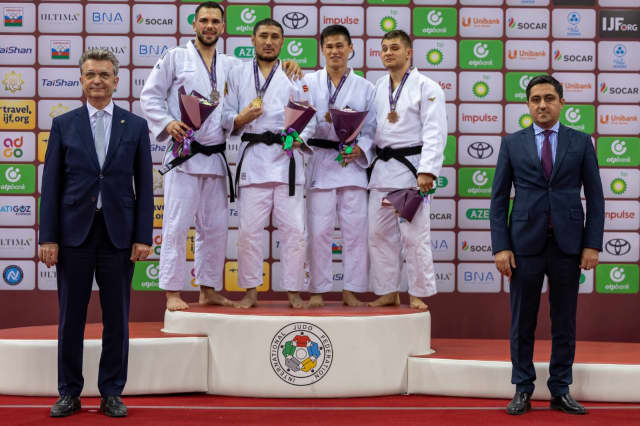 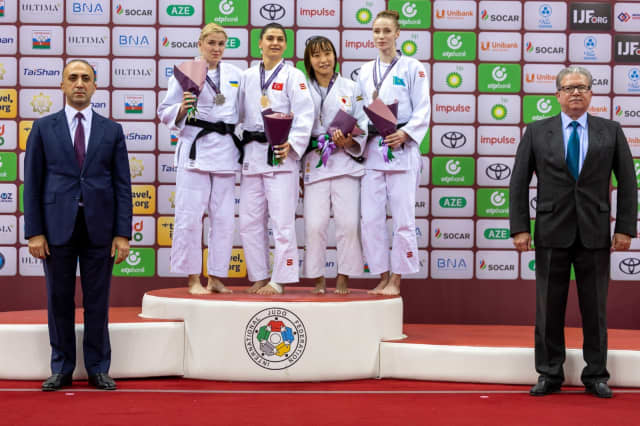 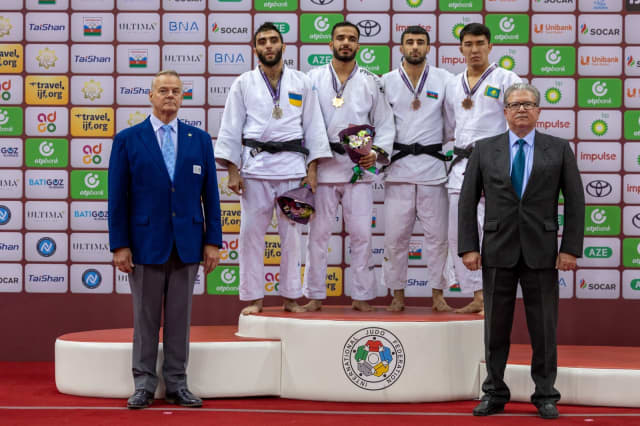