Written by Jo Crowley on 30. Jul 2021
Photographs by Gabriela Sabau, Emanuele Di Feliciantonio
Share
We are so fortunate in judo, whether it’s by design or simply the natural flow, that we keep a huge number of our champions. Florin Daniel Lascau is one of them; 1991 world champion and now the IJF Head Referee Director. One of Daniel’s many passions is statistics and on day 7, the final day of the Individual Olympic tournament, he took note of many, ready for future analysis. The clear, unequivocal fact today is that seeding mattered!

“In the preliminary session the 6 top seeded athletes in the +78kg category fought their way into the final block. In addition we had KOR and CHN, both of whom approached the tournament with great energy and a very high attack rate. Their style was able to break through into that top level group in a very positive way.

Ortiz (CUB) won through the preliminaries and Kindzerska (AZE) defended her ranking. The 3rd seeded judoka, Sone of Japan, also arrived safely at the semi-final stage. Dicko (FRA) beat Altheman (BRA) for her place and so the 4 semi-final places came from the top 5 in the Olympic Ranking List.

In the +100kg preliminaries 6 out of the 8 top seeded players made it to the final block. In addition Teddy Riner (FRA) and Oltiboev (UZB) took their places in the evening session, with the Uzbek being a surprise but Teddy confirming his former level, despite being unseeded. Bashaev is world number one and confirmed why he is there. Harasawa, seeded second at the Games, arrived at his semi-final, aiming to tie up the man’s gold medals for Japan. The incredible Krpalek (CZE), seeded 3 and arrived at the semi-final with ease, joined by Georgia’s Tushishvili, who was seeded number 4. So, all 4 +100kg semi-finals were from the top for on the ranking list and this shows the strength and validity of the system. 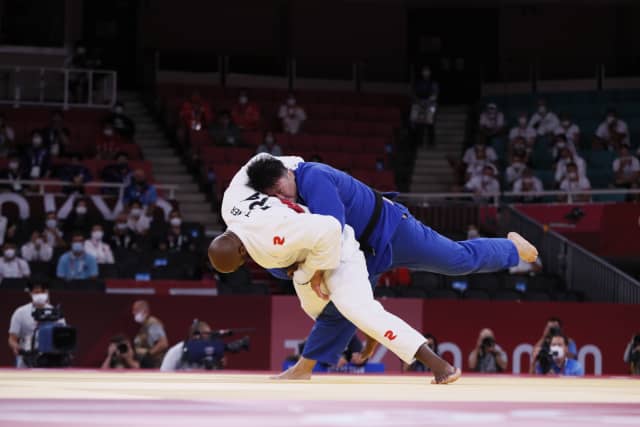 Teddy on the way to a 4th Olympic medal.

In both the men’s and women’s weights we have seen a high number of direct attacks today and also a good mix of transitions from tachi-waza to ne-waza, including conclusions with osae-komi. This confirms the need for judoka to continue their kumi-kata through the throwing phases, to maintain the advantage on the ground. This can be trained and requires specific attention.

The 14 contests of the final block included 1 win by fusen-gachi (a competitor was unable to compete due to injury), 2 by shido and 11 with positive scores. This is a good percentage.

To have the first 3 on the Olympic Ranking List present on the +78kg podium, with Ortiz winning an historic 4th Olympic medal, Sone highlighting a young and exciting Japanese team that will be with us for many years to come and Kindzerska who has been knocking at the door of the podium for a very long time.”

Kindzerska was emotional after the medal ceremony, “It is the best medal of my career. I lost the bronze medal contest in London and was injured. Now I have it! I will sleep very well tonight and then I will smile for a year.” This is the result of sustained hard work and is a medal that shows again the diversity of the judo community, with Azerbaijan being among 25 countries to have won medals at the Tokyo 2020 judo event. 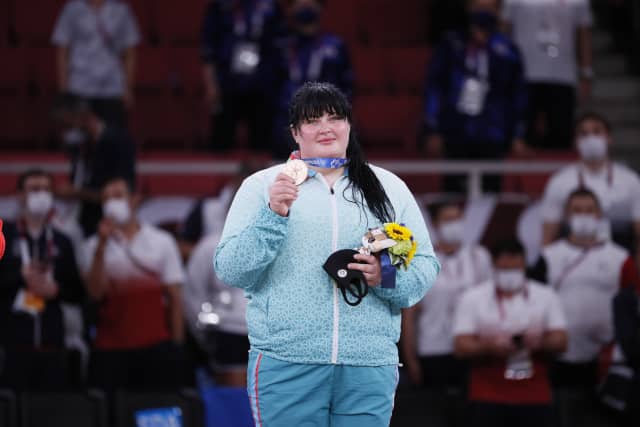 Mr Lascau continues with today’s performance statistics, “Dicko (FRA) was 5th in the seeding here and performed well for the 4th medal of the category. I believe we will see her on many more podia in the future, as part of Sone’s generation of dynamic and technically diverse young judoka.

Back with the men of the final block, Krpalek, Bashaev and Tushishvili were among the top 4 on the ranking and again they show how accurate the system can be. Teddy’s medal, despite the ranking, was expected and in the bronze medal match we really saw a proper glimpse of what he is capable of. A 4th medal from his 4 Games, like Ortiz, is truly outstanding.

It was a huge performance from Krpalek to win the Games at +100kg, having been the champion at under 100kg at the last Olympics. This last day of the individual competition shows the beauty of judo and also celebrates the value of commitment, hard work and consistency. It is a day that can be a great example for children and judo fans around the world.” 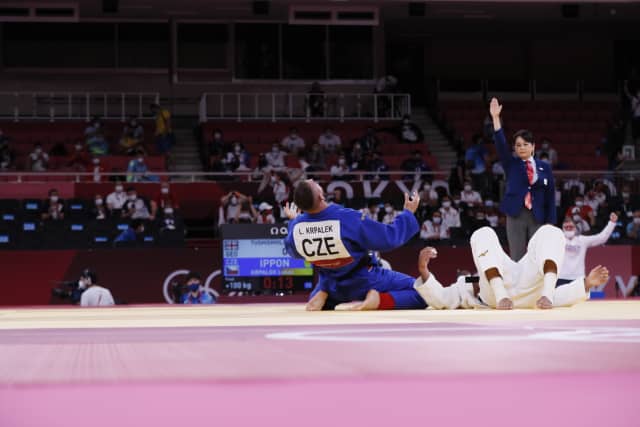