By Christian Pierre on 22. Sep 2018
Share
After the third day of competitions at the Judo Worlds in Baku, Azerbaijan, former referee Mrs. Nurdan Canca was given the title of Honorary IJF Referee for her longstanding services to the international judo community as an international referee. 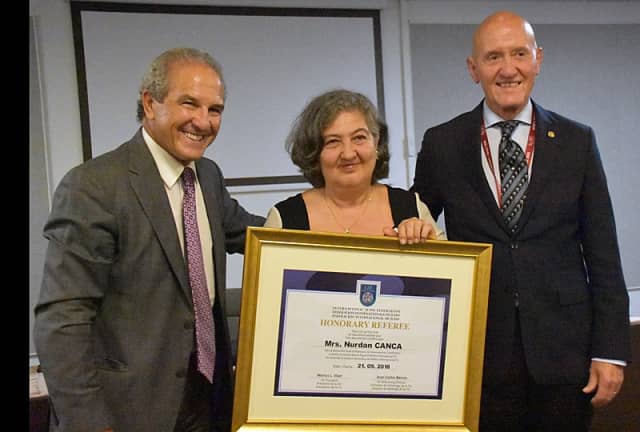 Mrs. Canca was the first female referee from Turkey and judo is still often discussed at home as her husband is also a former referee. Mr. Canca also hails from a judo family. It was his father who introduced judo in Turkey and later on became a bodyguard of President Ataturk.

“I’m very pleased with this honor,” reacts Mrs. Canca. “The most important thing is to be in the service of judo and also to be remembered after all this time. Many years ago, I was the first female referee from Turkey. I participated in many championships as a referee and after I finished my career, I’m very glad President Vizer remembered my and presented me with this certificate.”

Judo in Schools
Through Children, Judo Gains Popularity in Turkey