The FTJ celebrates its champions

20. Jan 2018
Share
On the eve of the second day of competition of the Tunis Grand Prix 2018, the Tunisian Judo Federation had organized a gala in which were invited many personalities as well as all the former and current Tunisian champions, medalists at the world level. The IJF President Mr. Marius Vizer was present. 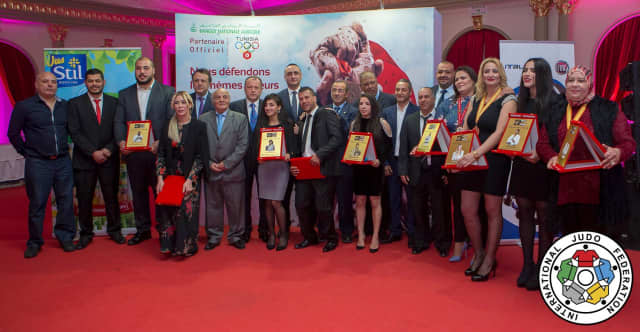 M Skander Hachicha, current president of the FTJ and host of the evening said: "It is important for us to honor our champions. We are proud of what they do and have done for our sport and our country. Over the past years and under the leadership of the former presidents, Mr. Hedi Dhouib and Mr. Hedi Mhirsi, and myself, we have won 11 medals worldwide and we will do our best to obtain even more. Nothing would have been possible without everyone's involvement. I also want to thank the Tunisian authority, the National Olympic Committee and our sponsors who accompany us on a daily basis." All the medalists received a commemorative plaque. 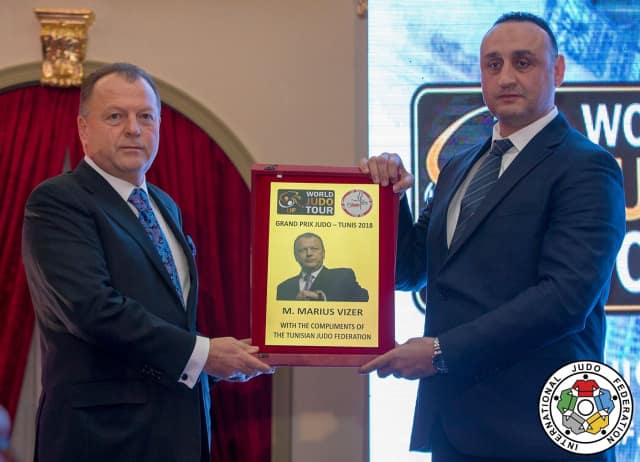 During the evening, Mr. Skander Hachicha also warmly thanked President Marius Vizer who received a plaque from the FTJ. On this occasion M Vizer said: "I want to congratulate the Tunisian Judo Federation for all what has achieved for so many years. I also thank the National Olympic Committee, the Government of Tunisia and all the judo enthusiasts. I hope the future will also be rich with international results. We must have tremendous respect for the athletes who sacrifice their time and energy for the development of judo. They must be considered like heroes. We must look to the future, but in these moments of evolution it is also useful and necessary to look at what has been accomplished."

News
AGADIR IS IN THE STARTING BLOCKS