Written by Nicolas Messner on 23. Jan 2023
Share
We’re on the last straight before the official launch of the new season of the World Judo Tour, since at the end of the week, the long-awaited moment will arrive. From 27th to 29th January, Grand Prix Portugal 2023 will take place in Almada, located on the southern margin of the Tagus River, on the opposite side of the river from Lisbon.

After an exciting 2022 season full of twists and turns, 2023 promises to be at least as crazy, if not more. Olympic qualifying is in full swing, World Ranking List points are raining down and now every event on the circuit can determine the future of hundreds of athletes. Will they be in Paris 2024 and in which position: underdog or favourite? It is still too early to say, but what we are sure of is that after Portugal we will have a first indication.

If a sign was needed, the number of participants engaged in Portugal is not high, it’s very high: 580 competitors, representing 83 judo nations! This announces long days of competition. All judo fans can already plan early morning awakenings, if they want to follow their favourite judoka.

Such a number of entries is also the guarantee that the show will be up to par and that we can expect very high level matches from the first rounds on. 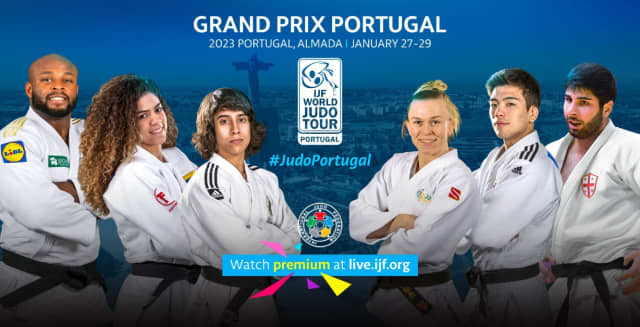 Almada will honour world number ones like Ilia Sulamanidze (GEO) or Chelsie Giles (GBR), but also numbers 3, 4 and many others, including those from the host team. After the end-of-year break and the resumption of training, this first event of the year, before the big Paris rendezvous in early February, will be a reliable indicator of everyone's state of form. We already know that some will be at the top or almost while others will still have a lot to do, but in a certain way, the Grand Prix Portugal 2023 will bring the first answers that everyone expects.

For the International Judo Federation, the event will be a first test in 2023 of what awaits us in the coming months, especially with an upcoming world championships, being held in Doha, Qatar, 7th to 14th May. 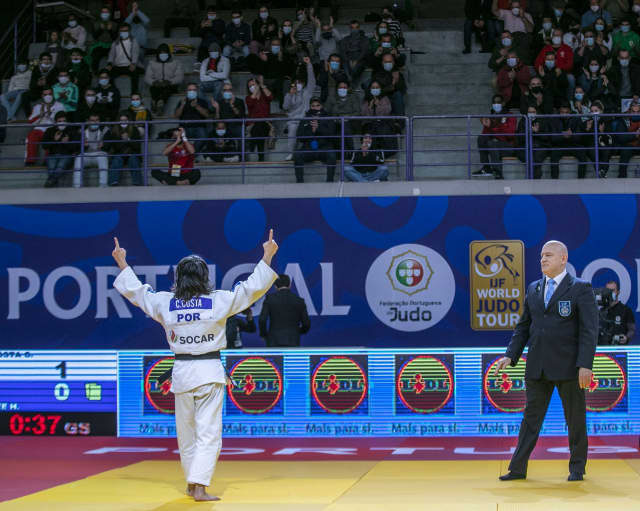 With the support of the Portuguese national federation and its dynamic and professional team, there is no worry about the smooth running of the grand prix. It is no less true that we must all return to the world circuit and this includes the athletes as well as the organisers.

In the coming days, we will all be committed to making the Grand Prix Portugal 2023 a success. We are ready! Stay connected for more information and follow us on all our communication platforms. We guarantee you a spectacular show!

GP Portugal 2023
-48kg: A Mistake Cost Costa and a Double for Kazakhstan