Written by Nicolas Messner on 29. Jul 2022
Share
There is no doubt that the International Judo Federation is the first international sports organisation to visit the World Police & Fire Games (WPFG) officially, travelling to Rotterdam, Netherlands, to meet with their President, Mr Larry Collins of the United States.

The head of the IJF Police Commission, Mr Johannes Daxbacher, had the opportunity to go to Rotterdam, where the global sports event for police forces, fire fighters and prison staff was organised from 22nd to 31st July. Almost 10,000 participants from all over the world came together to meet in a friendly way, demonstrating international friendship, eager to exchange their experiences in the field of 'safety and rescue', the goals of the participants of the WPFG.

The WPFG President greatly appreciated this personal meeting with Mr Daxbacher, who guided him through the judo competition on day one at the Ahoy Arena, which hosted the World Judo Championships in 2009 and also several World Judo Tour events. President Collins showed great interest in the sport, the global organisation and the judo philosophy and underlined how impressed he was with the style of the sport, noting it as very elegant. Mr Collins explained, with great humour, his first encounter with judo, when he was thrown unexpectedly with tomoe-nage. Generally speaking, he was very much taken with the performances of the athletes as well as the professionalism of the referees. 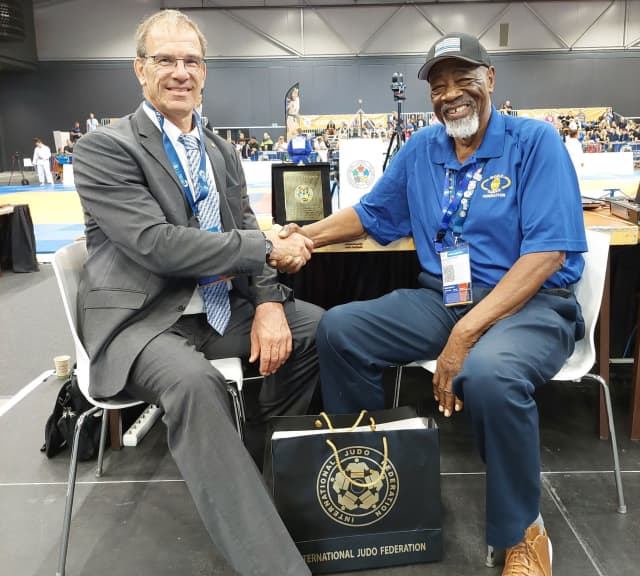 Mr Henk Plugge, in charge of refereeing matters, explained the necessity of working with those possessing expertise, to guarantee "that the true winner has to be declared as winner and the result should not be questionable.“

The event offered the opportunity to see world class athletes Sabrina Filzmoser (AUT) and Claudia Zwiers (NED), who participated and won their respective weight divisions. It was Sabrina's first judo competition after climbing Mt Everest. The organisation team from Judo Bond Netherland was led by Rob Kroonen and Hugo de Haan, who did a great job accommodating 140 judoka from 24 countries. 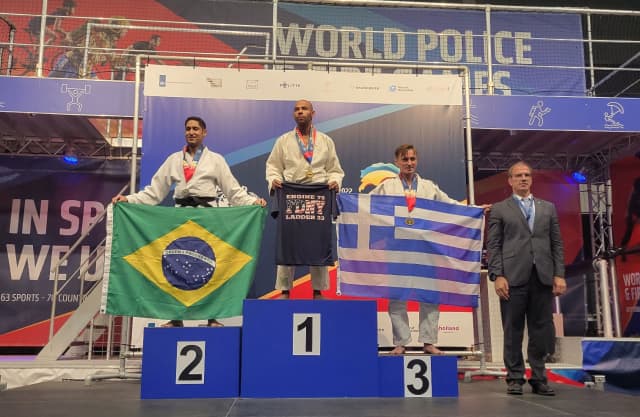 It was seen as a great honour that WPFG President Larry Collins, Hendrik Koppe (10 times veteran world champion, from the Netherlands) and Johannes Daxbacher were present during the medal ceremonies, enjoying the cheers from the judo family.

Several talks took place between the WPFG board members and the organisers, ahead of the next editions of the event which will be held in Winnipeg, Canada, in 2023 and Birmingham, Alabama in 2025. It has already been agreed that both hosts will offer judo again, among the 50 different sports at the Games.

The presence of judo was not anecdotal, nor was the presence of Mr Collins. From a physical but also psychological point of view, our sport is a great asset for police forces and fire fighters. Certainly, we will see judo again on the programme of the WPFG and this is good for everyone.