Written by Mark Pickering on 17. Oct 2018
Share
The 10th IJF Veteran World Championships got underway on Wednesday in Mexico as the third and final instalment of the Cancun Judo Festival.

Over 1,000 veteran judoka have made the trip to Cancun to compete in the sport's premier competition for judoka aged 30 and above.

U.S.A are second with Germany in third place. 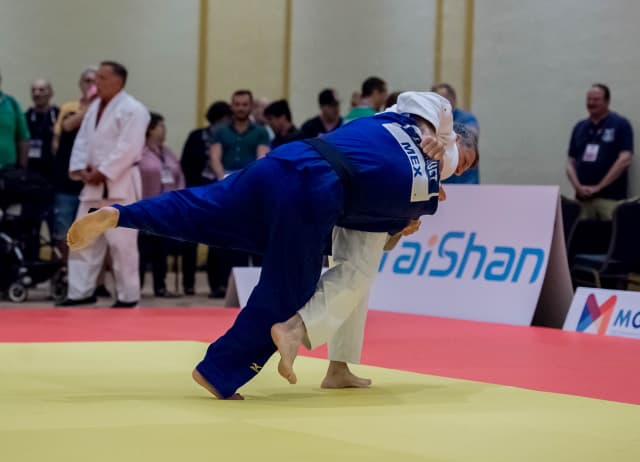 Ireland's Dennis throws Barquet of Mexico in the -90kg category

Ireland's John Dennis was among the winners as he claimed gold in the M9 (Men 70-74) -90kg category ahead of 1972 Munich Olympian Terence Watt (GBR). 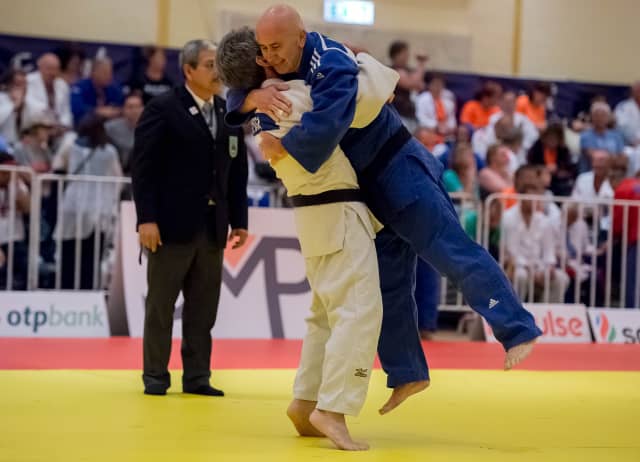 In addition to the inspiring action on the tatami, Mr Andrei Bondor (below - left), Chair of the IJF Veterans Commission, made a special presentation.

Mr. Jobb Andor, the oldest athlete and a revered painter, was recognised for his years of service to judo. 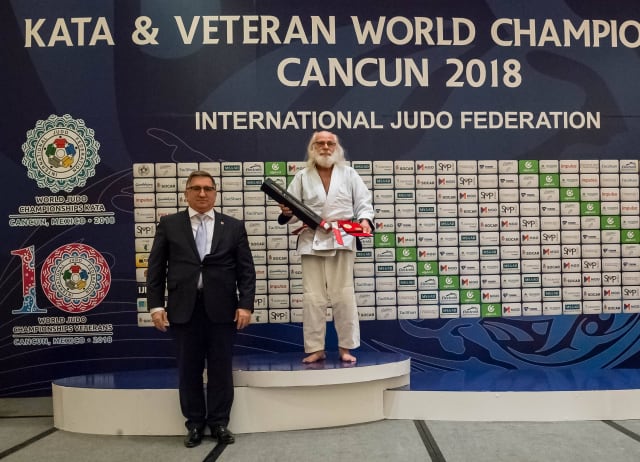 Mr. Jobb Andor was recognised for his services to judo 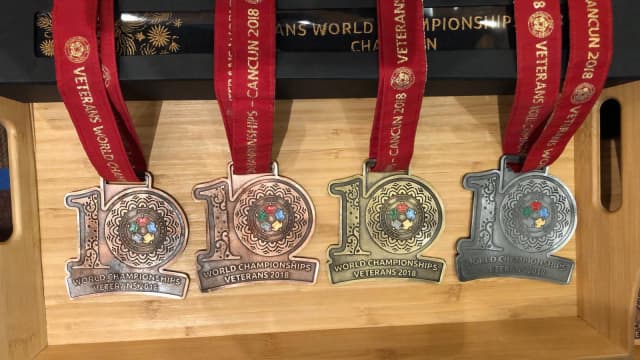 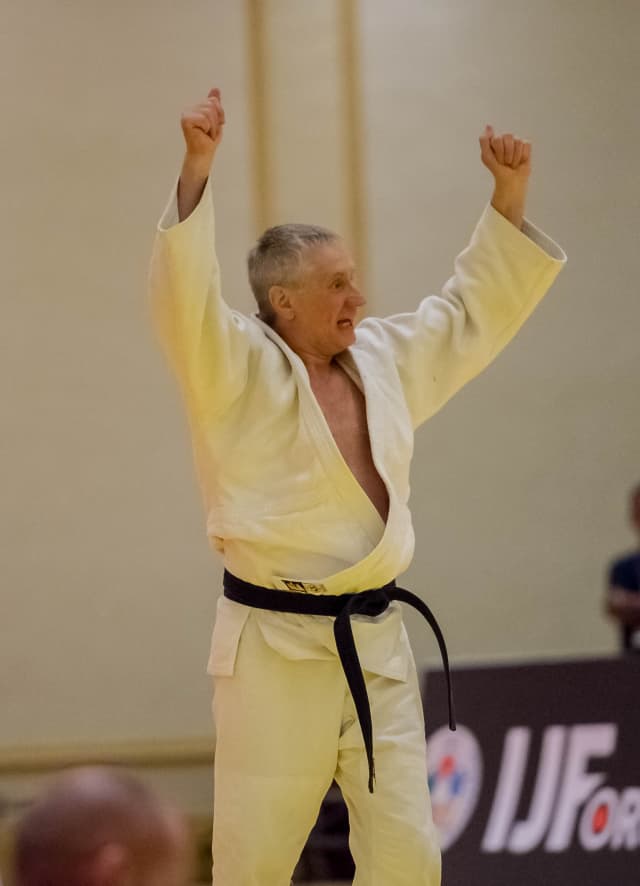 Watch day two live and free on Thursday on the IJF YouTube channel. Click here for the streaming links to all four mats.

Veterans
Denis Weisser Is Optimistic About the Veterans World Championships