Written by Nicolas Messner on 13. Aug 2018
Share
The man is a true colossus, of those who impose respect just by entering a room and whose sports record is one of the most impressive of international sports (three Paralympic medals including two gold, two world titles and a vast collection of European titles). However, the first thing you notice when you meet Ilham Zakiyev for the first time is the broad smile that is illuminating his face. He radiates joy, simply. 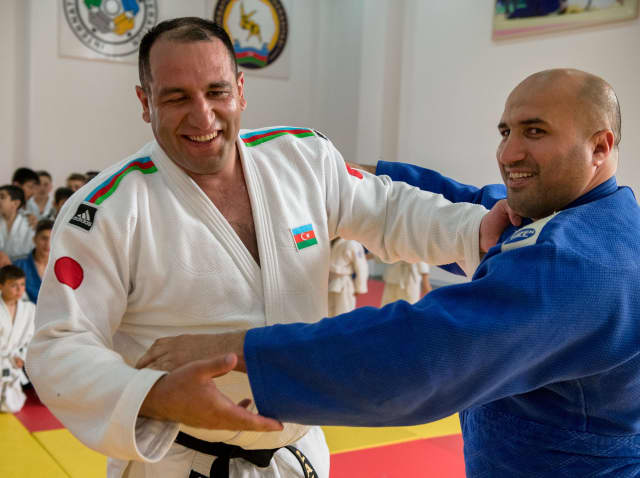 Yet the man had a tragedy like nobody would like to have. Enlisted in the army, he was left for dead on the frontline, when he was only 18, when a bullet fired by a sniper literally punched his head from side to side. After several days in a coma, Ilham miraculously woke up, but his life would never be the same again. He was totally blind, without hope of recovering his sight. As the Baku World Championships are fast approaching, he has entrusted us with his love of sport and of judo, but perhaps more with his love for life.

"I started judo when I was 15 years old. I first practiced wrestling as it was popular in Azerbaijan, but I quickly noticed that the judoka were winning everything, so with no regrets I moved to judo. I was watching the Japanese. It was wonderful. I also used to follow Nazim Huseynov (read: https://www.ijf.org/news/show/a-simple-hero-nazim-huseynov) and I remember his final of the Barcelona Olympics when he won by a Koka against the Korean (Yoon Hyun). Nazim sat down, took his face in his hands, then raised his arms to the sky. I still have these images in my head. They inspired me a lot."

When Ilham started judo and was admiring his elders, he did not imagine that one day he could also raise his arms to heaven: "I was a simple amateur. I was training hard and I was starting to have some success, but in 1998 I was called to the army and because I was pretty tough, I was assigned to special forces. When I was shot, I had five days of coma and the doctors did not see me survive such an injury. I'm here today, I came back, but it was very difficult." 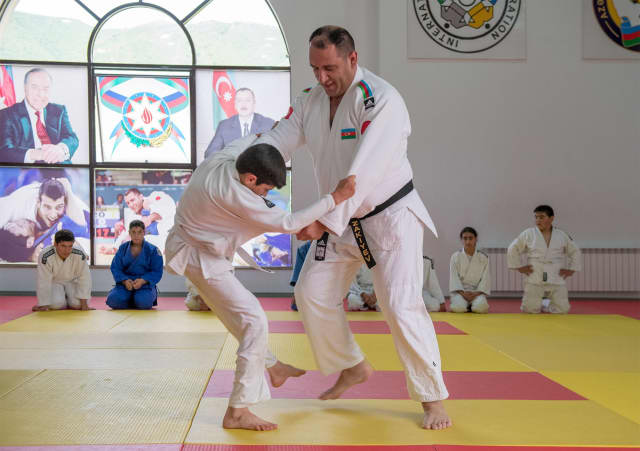 Transmitting to the young generation is important for the Colossus.

After months of convalescence and adaptation to his new life, the Azerbaijani giant went back on the tatami and back to training, with new objectives and a new goal in life: "Everything had to be relearned. I no longer had the same feelings and the first times were really hard. Thanks to all the efforts, I can say today that on a tatami, I feel like a fish in the water. I do not see, but I feel things. What you see, I feel it, but what I feel, you do not see it."

It must be said that when Ilham enters a dojo and begins to evolve with his training partners, it becomes difficult to imagine that he is totally blind: "Judo is my life. I have never had the slightest doubt about that. Judo gives me the strength to go forward and fight on a daily basis."

At his first Paralympic Games (Athens 2004), Ilham struck gold by winning the title of + 100kg: "It was September 20, 2004, and my only goal was the gold medal. The preparation I had followed was of a very high standard. I knew my techniques by heart, but no one knew me. I remember all my fights second by second. Everything is saved in my head. With this medal I became the first Azerbaijani athlete to win a Paralympic title, all sports combined. I did not realise right away, but the next day yes, I became a Paralympic judo champion." 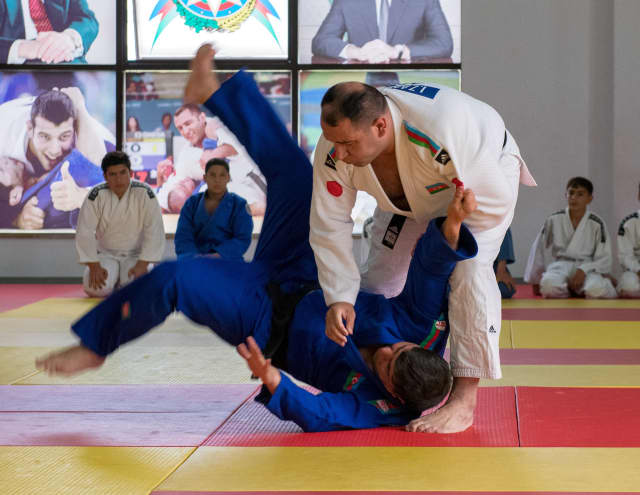 'On a tatami, I feel like a fish in the water'

Four years later in Beijing, Ilham was back, but this time as the favourite. The game had changed, but the champion had more than one magic trick in his bag (his judo bag) and with new techniques, he reiterated his extraordinary feat to win his second Paralympic title. Another Olympiad and again he climbed onto the podium (bronze medal). It was in London in 2012, making him entering a little more in the legend of the sport.

If his fifth place in the Rio Games in 2016 left him a bit of a bitter taste, Ilham is very proud of his career: "I am proud to have defended the colours of my country and to have been able to promote my sport. I am also very happy with my two world titles and seven European titles. I want to say to the younger ones that you should never give up the determination to do well and that you have to listen carefully to your coach."

After his career, which he does not really intend to finish, Ilham Zakiyev would like to transmit what he knows and what he learned on the tatami and outside of it: "My life is judo and judo is my life. It is important to always work on yourself. Today I have become a role model for many young people. I must assume this important role for society. I can say that we must never give up and that we must be determined in life. But d'ont worry, I am still an athlete." 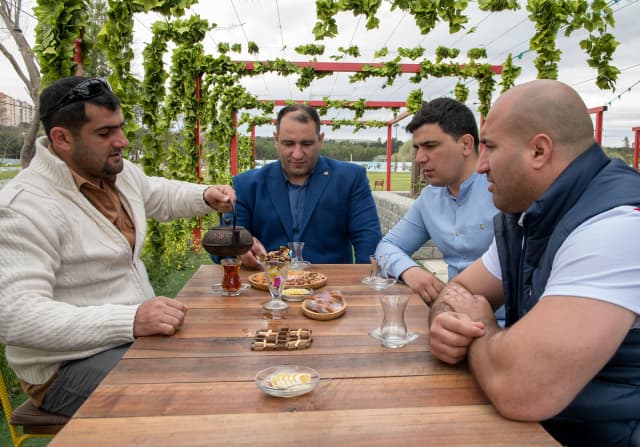 Guided and supported by his friends.

With the approach of the first World Judo Championships in his homeland, the cheerful colossus is particularly excited: "It's great to see the World Championships coming to my country. This represents a lot for Azerbaijan. Of course I will carefully follow all the weight classes, but I will really enjoy following the heavyweights. With the absence of Teddy Riner, we will see the advent of a new World Champion in this category. That's great."

Life was not always easy for Ilham Zakiyev, it was even cruel. Yet, guided and supported by his friends who provide for his lack of vision, surrounded as no-one else, admired, celebrated as a national hero by a whole people, the man remains humble: "I have no anger today . I must be an example, that's all."