Ippon at the Olympic Museum

Written by Nicolas Messner, Emanuele Di Feliciantonio on 08. Oct 2019
Share
A beautiful autumn sun was shining above the Olympic Museum on the shores of Lake Geneva in Lausanne on Monday, October 7th. All conditions were in place for International Olympic Committee President, Thomas Bach, and International Judo Federation President, Marius Vizer, together with the members of the IJF Executive Committee and guests, to meet to unveil the statue, created by the artist Fodor-Lengyel Zoltan.

Exhibited for the first time at the Budapest Judo World Championships in 2017, the artwork was then offered to the IOC. After a long journey, the piece of art of more than two tons, has now found its final location in the very heart of the greenery of the gardens of the Olympic Museum, where it is visible to the general public. 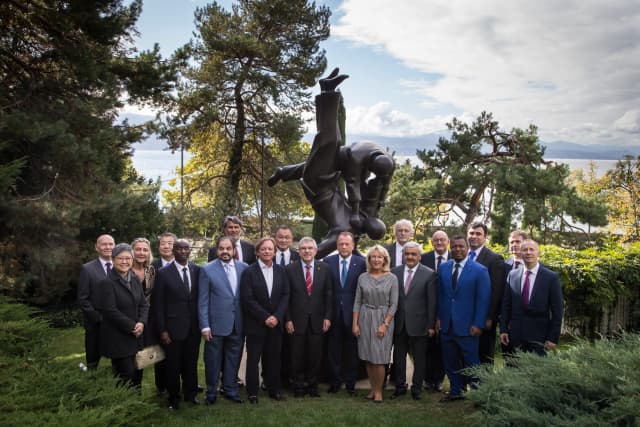 At the opening of the unveil ceremony, President Bach declared: “One of the goals of the Olympic movement is to blend sports and culture. This is what we are doing on this special occasion. I want to congratulate the artist. I already saw the sculpture in Budapest and I am happy to see it here now. Thank you to the IJF for donating the statue. It is a very symbolic moment, which also illustrates the coming back of judo to Japan next year for the Olympic Games. The Olympic Museum is a special place for the whole Olympic family. I am really happy to welcome you all here.“ 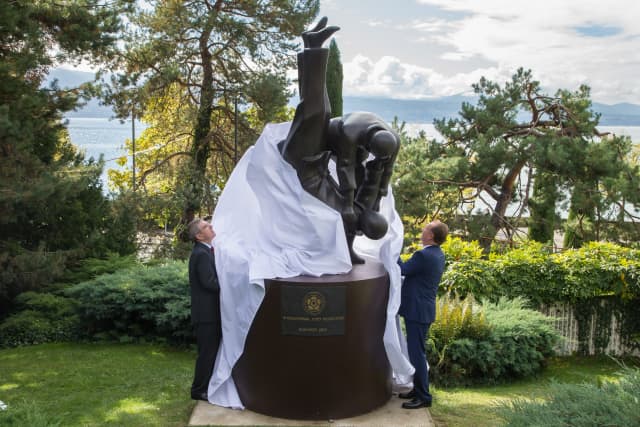 Unveiling of the statue

President Vizer declared: “We are very happy to be in Lausanne. It is a great honor for us, representatives of the judo family, to celebrate with the IOC on this special and historical day. We are competing for a better world. I want to take his occasion to thank, Thomas Bach, and the IOC, for this celebration and also for supporting the inclusion of the team event next year in Tokyo. This inauguration is symbolic of what judo can offer and of the values that our sport can give to the society.“

Jacqueline de Quattro, Member of the State Council of the Canton of Vaud, said: "In the name of the Government of the Canton of Vaud and as a judoka myself, I had the feeling that something was missing in the Olympic Museum. With the unveiling of this beautiful statue, judo has now a perfect place here. This ceremony reveals the richness and diversity of the Olympic movement. Judo accompanies us everyday. Thanks to the sport, we are looking for the right balance. Judo is an amazing school of life. I want to underline the work of the IJF and its President for their engagement, enthusiasm and for respecting and promoting the values of the founder of judo, Master Jigoro Kano. The whole world needs values. I wish long life to the Olympic movement and to judo.“ 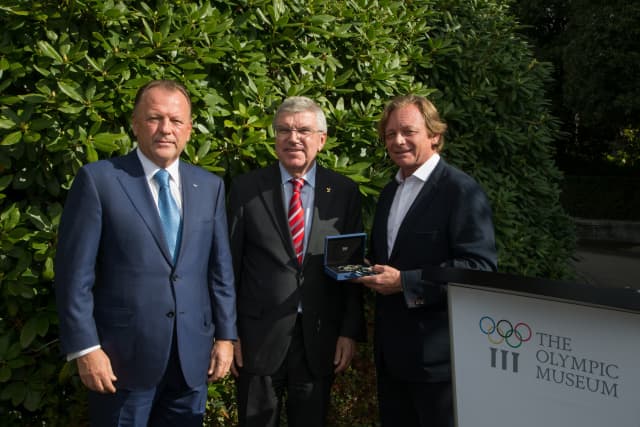 From left to right: Marius Vizer, Thomas Bach and Fodor-Lengyel Zoltan who has been nominated an Olympic Artist

Fodor-Lengyel Zoltan explained: “I did practice judo when I was younger, and then I decided to be an artist. The goal of an artist is to show his work to the world to generate emotions. The Olympic Museum is a dream place for me. What better environment can I find? Now everybody can see the statue and make the connection with the philosophical dimension of judo. I am just so happy.“

Presidents Bach and Vizer then had the pleasure of unveiling the statue before posing with all the guests in front of the piece of art before it became definitively visible to the general public already walking the aisles of the Museum. 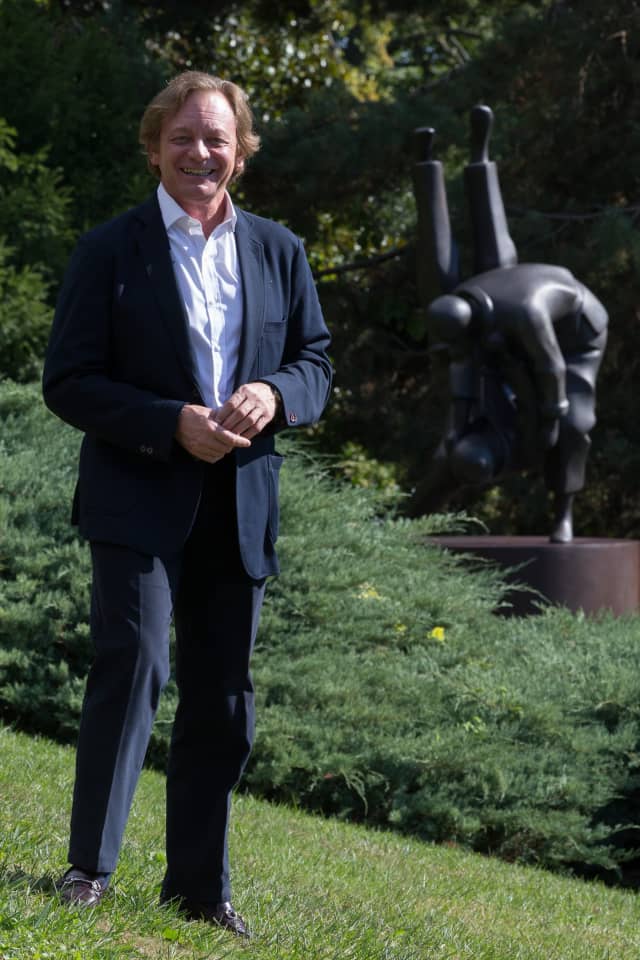 The magnificent Ippon of Fodor-Lengyel Zoltan now sits at the heart of the Olympic Museum in Lausanne. With it, the values of respect and friendship and those of the Olympic Charter will continue to flourish.