When are one of the greatest at what you do there always be special requests and challenges. Pedro Jr. found himself in a garage - which he had kitted out with tatami for TV presenter Joe Rogan - with former NFL player and pro wrestling star Bill Goldberg. 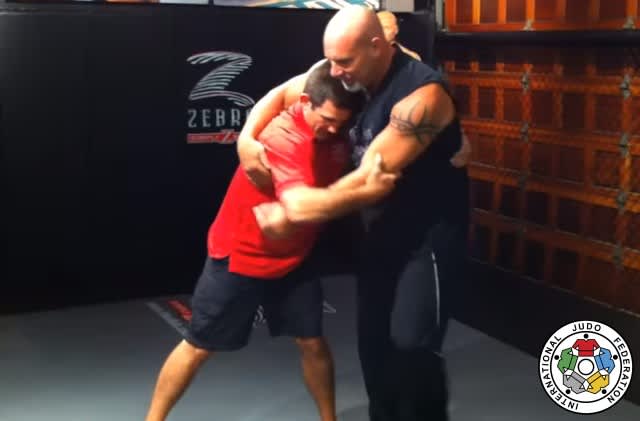 “
"Bill was a host of a TV show called Garage Mahal. My company was doing a garage makeover of TV presenter and announcer Joe Rogan’s garage and we turned it into a training centre. Bill interviewed me about my mat company, and we got to know each other. Plus, there were mats there so the boys will play. And, we did a little judo. I taught him a judo throw, and he asked me to try and throw him!"
Jimmy Pedro Jr.

"Bill was strong, powerful, agile and athletic. He was a super nice guy!  And, he was a big, strong man; but, had a very nice personality. He is someone who likes to have fun."