Judo: A Leader for Peace

By Nicolas Messner on 16. May 2019
Share
The International Judo Federation, at the invitation of the NGO, Leaders for Peace, chaired by Mr. Jean-Pierre Raffarin (French Prime Minister from 2002 to 2005) was present in Paris for two days to attend the annual meeting of the organization. 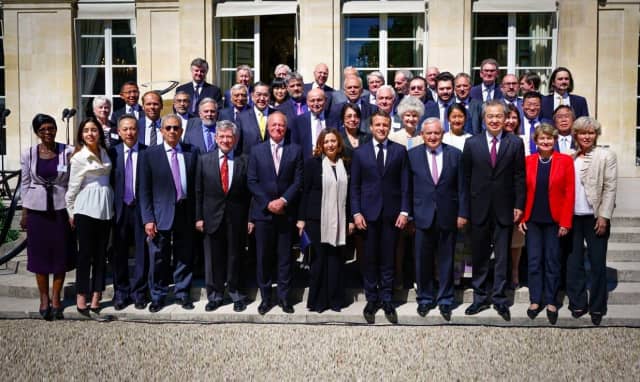 On Monday 13 and Tuesday 14 May, very high level meetings and discussions were held in the decision-making areas of the French Republic (Ministry of Foreign Affairs, Senate, Office of the Prime Minister and Presidency of the Republic) in order to discuss concrete solutions that can be made to situations of war as well as how to address the crisis of confidence of multilateralism policies.

Jean-Pierre Raffarin defined himself the philosophy of the organization he founded and has been running for two years: "Threats abound, challenges grow. The forces and their forms change, the alliances and the methods move, however it seems that the risks are getting higher. Great nations are at war but live in peace. We are fighting against everything ..., unemployment, climate, pollution, corruption and even violence. The trivialization of the word blurs the measure of its reality.

"In multiple crisis we fiercely oppose our emotion, but we do not mobilize our reason and we are often surprised. Our ability to anticipate remains weak. Thus it appeared to us that the source of all jolts was the awareness of public opinion of the seriousness of our situation. Awareness of war is the prerequisite of the spirit of peace.

Unfortunately, in the world, there are more schools of war than schools of peace. We can and we want to change that." 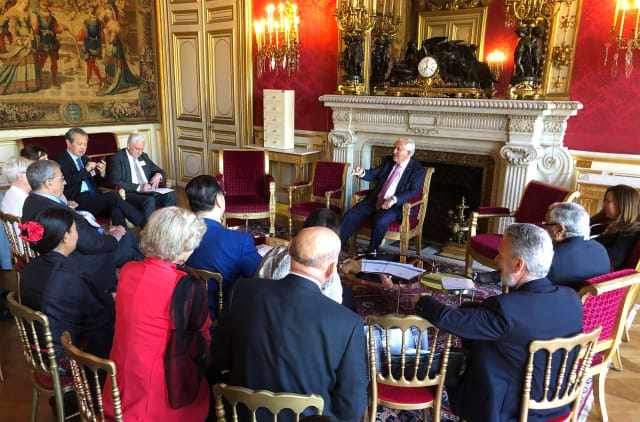 In 2019, following the many successes of the IJF in the field of peace, President Marius Vizer was invited to join the group of Leaders for Peace, which is made up of many personalities from the world of politics and economics as well as eminent personalities of civil society. Represented by Judo for Peace Director Nicolas Messner, the IJF was in Paris for these two days of meetings, during which the projects Judo for Peace and the development strategy of the International Federation found a favorable echo, in providing concrete and effective solutions in areas of conflict, post-conflict zones and places of social conflict.

Following the first annual meeting in 2018, a detailed report prepared by Ambassador Pierre Vimont was discussed during the group's meetings. The weakness of current strategies, which lies less in analyzes than in efficiency, was emphasized. "Our methods are not very new, and our answers focus on the immediate and often avoid thinking in depth," explained Mr. Raffarin.

After the presentation of the report, the participants had a meeting with Mr. Michel Barnier, European Chief Negotiator for the United Kingdom's Exit from the European Union, and with Mr. Thierry Breton, CEO of Atos, former Minister of the Economy, Finance and Industry of France. 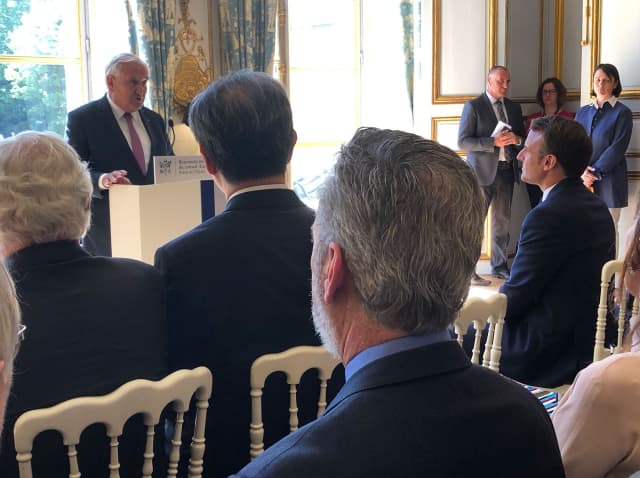 For 48 hours, meetings were chained at a steady pace. After the debate on the annual report, in which everyone could express with respect and openness his point of view on the world situation, the participants were invited by the President of the Senate, Mr. Gérard Larcher. The second day began with an interview with former President Nicolas Sarkozy who frankly exposed his vision of the world. This meeting was followed by a very active working session on 'Women in War situations' and a meeting with the Prime Minister, Mr. Édouard Philippe.

It was after a meeting with the President of the Republic, Mr. Emmanuel Macron, that the work of the Leaders for Peace was completed. During this final session, in the premises of the Elysée Palace, the new report of the Leaders for Peace, was presented to President Macron who recalled that despite the difficulties encountered across the planet, a realistic optimism should prevail. 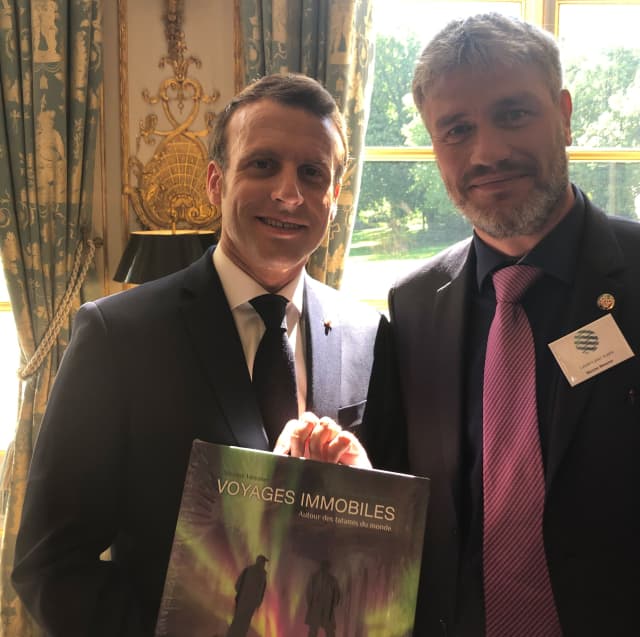 In the turbulent context in which the world is confronted and in which insecurity seems to grow at a fast pace, judo, which was the only sport represented in Paris, was able to make prevail its pragmatic approach based on a recognized moral code. The presence of our sport was particularly appreciated, at the highest level of the French state: "We need people who know the field and I am very happy to see that sport and judo in particular have joined this great Leaders for Peace initiative. The world needs you", stressed President Macron, while Nicolas Messner handed him his book, "Voyages immobiles" made with the support of the IJF.

Jean-Pierre Raffarin, who wants to actively involve President Vizer and Judo in the Group's activities in the coming months, concluded: "We are looking for innovative ideas that are close to realities and are linked to real emerging crises. Because we know, because we see, that peace never settles by itself we join the idea of ​​'peace effort' of Montesquieu, quoted by Jean Claude Carrière: 'We call peace this effort of all against all'. This idea is our project", and is unequivocally the project of the IJF and Judo for Peace.