Judo for Ethiopians is in full swing

05. Oct 2017
Share
During his last eigth-day-Judo-trip to Ethiopia in September 2017 to run the „Judo for Ethiopians“ program, the German Johannes Daxbacher, member of IJF „military and police commission“, could stand together on tatami with Judo black belts from different countries. They met for Randori in Addis Ababa, which is Ethiopia’s capital city as well as the political center of African Union. 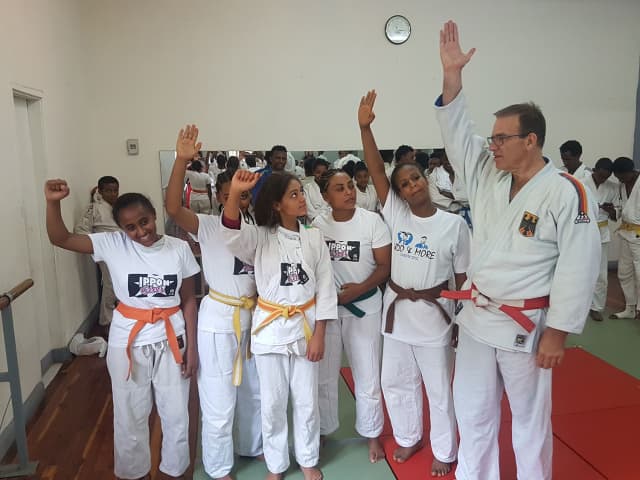 Judoka from all over the world, who are working or travelling in Ethiopia meet there to play Judo together. I am very happy about this great development", explained Johannes Daxbacher, initiator of the Judo for Ethiopians" program, about the renewal of the project started in 2010 with the personal support of IJF-President Marius Vizer. 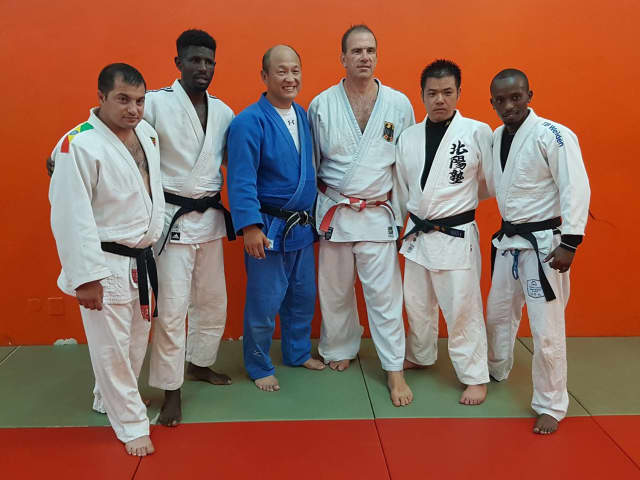 Many foreign Judoka taught or played Judo over the last years and helped to grow up the development of judo in the cradle of mankind". Regina Daxbacher (ITA / GER) joined together with her husband Johannes in 2013 as a Judo-expert from the German Government; in 2012, Melanie Stoll (GER) was in Ethiopia for a couple of months and gave Judo and referee seminars; Roberto Orlando (ITA), meanwhile working for IJF in a refugee camp in South Africa, helped for a couple of years like Fernando Puerto (ESP), who is working for the United Nations. Johannes Daxbacher can also count on other strong Judoka and close Judo-friends like Armen Madatyan (ARM) and Stephan Fox (BEL). 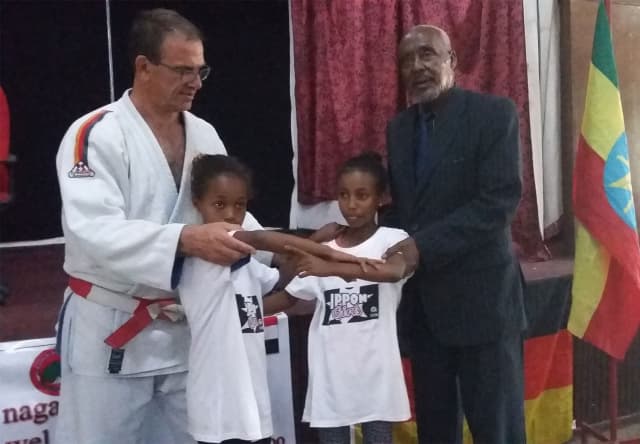 Several judo-seminars as well as meetings and coach-training session have been organized in Hawassa (Southern Regions) and Adama (Oromiya Region). Joshua Suh, a former south-Korean National team-member, accompanied Johannes Daxbacher in the best way possible and helped to develop the Judo-friendship". Joshua-Sensei is currently gives Judo-lesson during his free time as a businessman.

Very fruitful meetings in order to further implement judo in Ethiopia took place with the Ethiopian Minister of Sports, Mr. Ato Tesfaye and with the President of the Ethiopian National Olympic Committee, Dr. Ashebir. 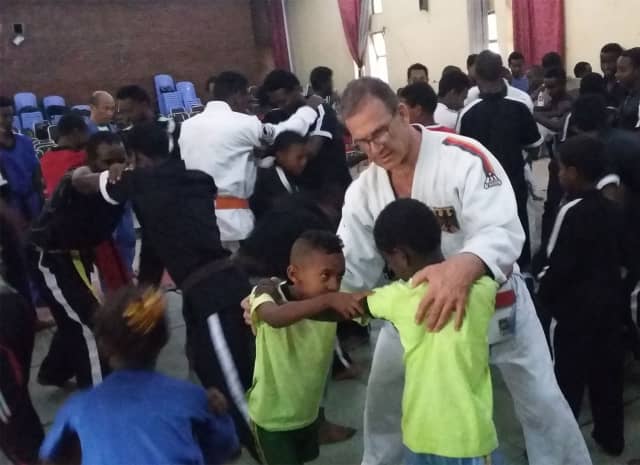 Judo as a tool for a smarter conflict resolution for police forces" and Police-Judo for competition" were discussed with the head of Ethiopian Federal Police, CG Asefa and Commander Desta.

In memory of all Ethiopian Judoka, the visit of Mr. Wilfried Lemke (UNOSDP), who visited the Ethiopian Judoka in September 2016 during his stay in Addis Ababa, gave a special powerful motivation to all people involved. The UN-special advisor appreciated the development of Judo for Ethiopians" as well as the good manners, the Judo-values" and the performance on the tatami. 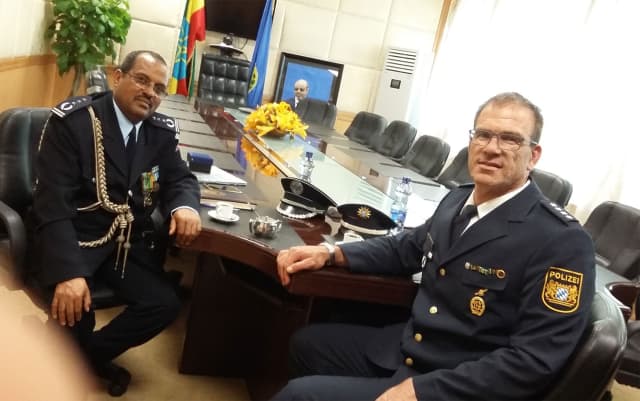 Johannes Daxbacher is very grateful to the given support from friends as well as from Judo and policesport organizations. Judo is running forward in Ethiopia, I am very confident and happy about the common results between the Sport authorities and the Ethiopian Judoka" concluded Johannes Daxbacher after his eight-day Judo-development-trip in Ethiopia.