Judo for Hope in Malawi

By Nicolas Messner on 24. Oct 2019
Share
On 16th October, 2019, the Judo Association of Malawi launched the "Judo for Hope project" as an extension to the Judo for Peace programme which was launched last year at Dzaleka refugee camp. 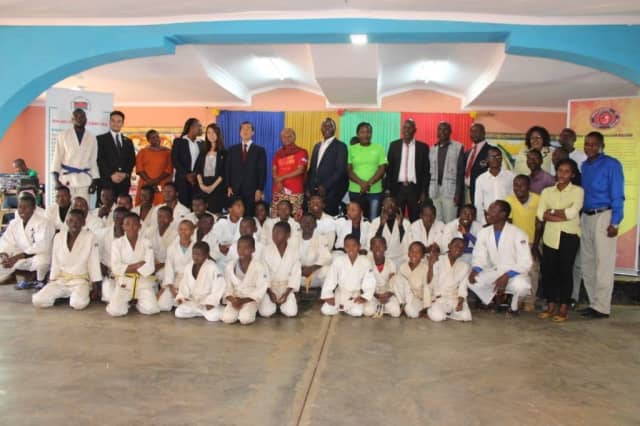 The Judo for Hope project was officially launched by the Deputy Japanese Ambassador to Malawi Mr Ikeda. The camp administrator Ms Sinoya, headteachers of schools, Chiefs, the Malai Olympic Committee treasurer, the General Secretary of the judo federation and members of the media were all present during the opening ceremony at the newly built Salama Africa hall at Dzaleka refugee camp.

During the day several demonstrations were held, performed by the Amoholo group and the Dzaleka dancing group. Poem were read and Judo demonstrations from Hariet Bonface (IOC scholarship), Vera Benjamin and Dzaleka judo athletes were proposed to the audience. 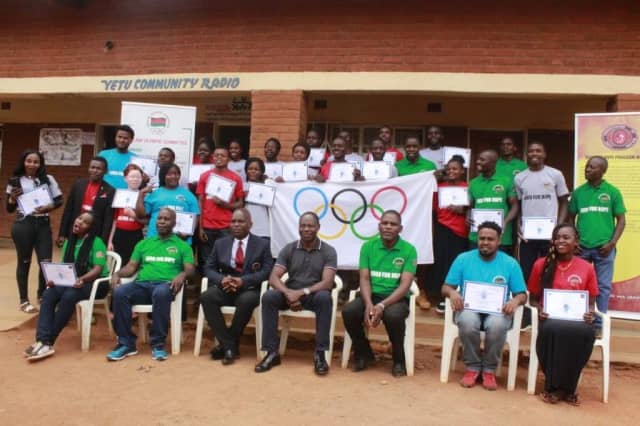 In this new launched three months Judo for Hope project, participants from Dzaleka refugee camp and those from the schools outside the camp will learn Olympic and Judo values. The project started with a 5 day workshop were participants were taken through topics such as benefits of Olympic and Judo values to every day life, harassment and abuse in sports, how to involve people with disabilities, volunteerism, gender in sports, primary and secondary stakeholders, promotion of Judo activities and the role of IJF and NF.

The workshop had 27 participants who were assigned to train at least 350 Judo athletes in total. Apart from teaching the values, the project will continue to raise awareness about the needs of the refugees.

In addition, the project will also increase the participation of Judo in the surrounding communities. The project is being implemented in collaboration with Malawi Olympic committee with support from the IOC solidarity.

The workshop was closed by the President of Malawi Olympic committee, Mr Oscar Kanjala who pledged continue support towards the fast growing sport of Judo in Malawi.

The closing ceremony of the workshop took place on Sunday 20th Oct.

JUDO FOR PEACE
Judo continues to grow in Za'atari