Judo For Peace, a Door Opener to World Peace

21. Jun 2018
Share
Since 2007, when I created the ‘Judo For Peace’ commission within the International Judo Federation, our organization, alone or in association with other structures, has been carrying out many projects with the aim to build a lasting peace in conflict zones and to bring values ​​that are useful to social reconstruction, while our world goes through troubled times. 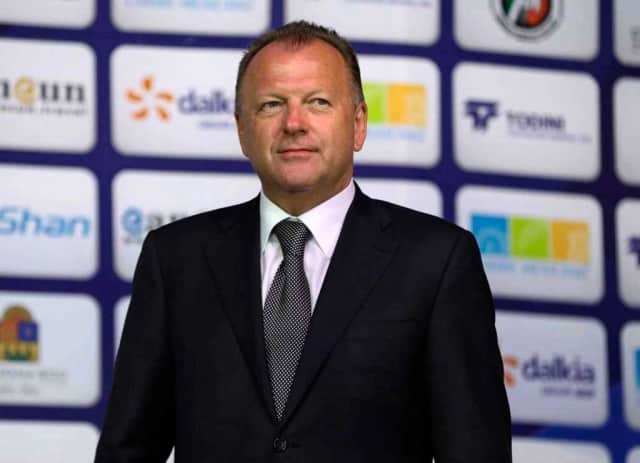 The Judo for Peace philosophy goes well beyond practicing a physical activity and judo is more than just a sport. Based on a moral code with universal values ​​(Friendship, Courage, Sincerity, Honor, Modesty, Respect, Self-Control and Politeness), it brings comfort, self-esteem and mutual respect. Furthermore it allows to develop the physical and mental capacities for the construction of a more just society. It also brings skills for life to people who are suffering.

One of the main axes of development of our programs is to work with the displaced people. Whether it is for political or economic reasons, or because they are forcibly transferred following a conflict, millions of refugees are thrown onto the roads of the world each year. Traumatized and having often lost everything, after having found again the vital minimums, these vulnerable people and especially the youngest, need our help. This is a basic question of humanism carried by the values ​​of judo and decreed by the founder of our sport, Master Jigoro Kano, who had defined one of the mottos of judo: ‘Mutual aid and mutual prosperity’.

From 2015, for example, with the support of the Turkish Judo Federation, we have been developing a large program in Syrian refugee camps within 60km of the city of Aleppo while under the bombs. Judo for Peace is also present in Zambia and Malawi in camps (respectively Maheba and Dzaleka Refugee Camps) hosting thousands of African refugees. The IJF is also running a Judo for the World program in South Africa, where one of our IJF Academy graduates is working with refugees who are already in a situation of integration with the local population but who, due to their status, encounter social difficulties.

For many years, the IJF has also been present in the Great Lakes region of Africa (Burundi, Rwanda) and provides logistical, financial and human support to lay the foundations for a more prosperous future.

The philosophy and pragmatic approach of our Judo for Peace programs, combined with other educational value-added actions (Judo for Children, Gender Equality, Judo for All, Judo Educational Journeys…) allow us to be present at all levels of society, whether in areas of armed conflict or areas with social problems. I can guarantee that all those programs have a positive impact on the beneficiaries.

The challenges are numerous and our efficiency is increased with our strong and effective partnerships with the United Nations for example or with the Olympic movement or with internationally renowned organizations such as Peace and Sport.

It is with great pride that we welcomed, at the last Rio Olympic Games in 2016, two judokas in the Olympic Refugee Team. Sport is a vector of peace, it is also an effective social elevator. The examples of refugees or people in difficulty who have found their way back to success while practicing judo are numerous and reflect the impact our actions have on the field.

As sports officials, I think that we have an educational obligation and as judoka I am convinced that we have a duty to help each other. Judo for Peace is an incredible key, carrying a message of optimism and mutual respect, which allows us to open many doors and bring our help and support to those who suffer the most.