Written by Nicolas Messner on 11. Aug 2022
Photographs by Nicolas Messner
Share
Judo is a sport of traditions in which the values of the moral code are deeply rooted. Among these is respect which applies to all aspects of the practice. Whomever says respect, therefore says respect for the rules and for the opponent. 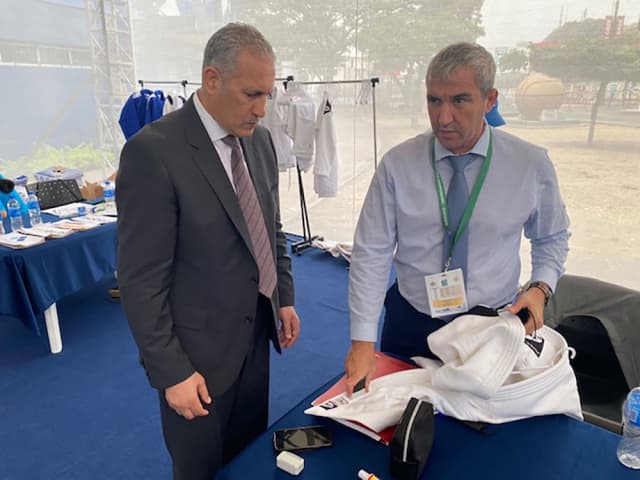 More concretely, respecting the opponent beyond the compulsory bow, also means wearing a standardised judogi. There is an essential reason for this because judo is one of the rare sports in which the equipment you wear serves your training partner or your opponent in competition and not you. Philosophically this is very important because in judo, either in randori or in shiai, you generously offer the other the means to throw you. This concessionary approach is obviously a two-way street and this is what makes judo both spectacular and uncertain. It is therefore not possible to wear a judogi which could prevent the other from practising correctly. Once again it is the mutual quid pro quo that is the very essence of our sport.

For years, the international federation has been very active on the equipment front, in order to guarantee fair play in competition, in compliance with the rules and our values. Mohamed Meridja, the IJF Education and Coaching Director, is at the heart of the judogi control system, well known to competitors around the world. 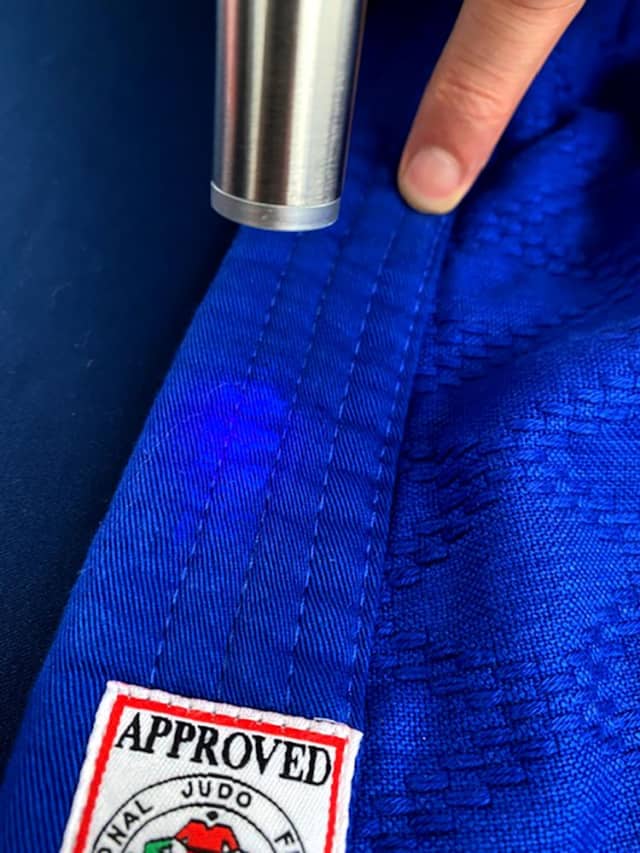 "Every time a competitor has to step onto the tatami, just before entering the arena, between the warm-up room and the tatami, he or she must go through judogi control. It has become a habit accepted by all but we are also aware that this can sometimes create stressful situations that we want to minimise as much as possible, without diminishing our ability to control.

Here in Guayaquil, we are therefore experimenting with a new system. It's not fully implemented yet because, like everything, we need to test it in real conditions, but I think it's important that we are always at the cutting edge of technology in order to put athletes in the best conditions to practise and focus on what they train for all year round." 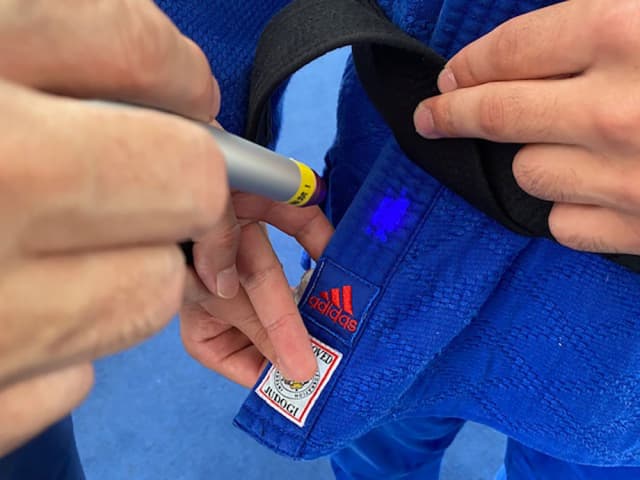 Said like this, it seems simple and let's face it, it is. "The day before the competition, at the time of the weigh-in, we carry out a strict control of the judogi, as we are used to doing. We check the fabric, the crossing zones and the lengths of course. Once this is done, we apply an invisible stamp on the judogi. Visually, this is not very spectacular, because you don't see anything but the next day, during the pre-match check, we shine a special small lamp on the fabric and there the stamp is revealed. If everything is in order, the athlete can pass this light check, during which we simply make sure that there are no major changes or that there is no trace of blood on the fabric, for example. This is less stressful and it's fast." 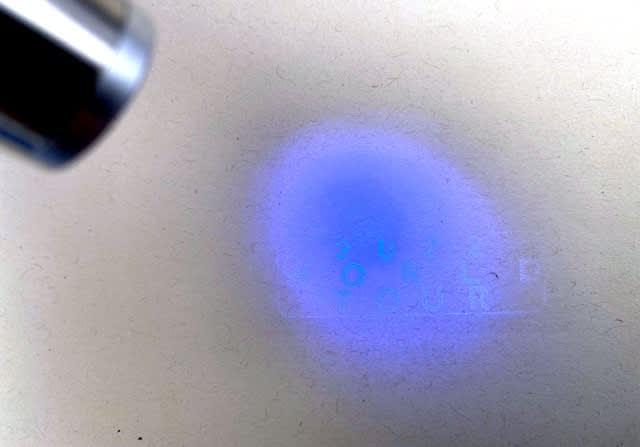 As Mohamed Meridja explains, everything is still in the experimental phase. "The idea is that at each competition, we change the stamp. Anyway, the invisible inscription disappears completely after washing."

So yes judo is a sport of traditions, but those who say tradition do not necessarily say immobility, quite the contrary. Thanks to this innovation which will perhaps be implemented officially soon, and thanks to the permanent will to improve things, the judoka will be able to continue to concentrate on what they know how to do best: judo! More efficient pathways to judo? This is excellent news.